Music To Be Heard But Not Necessarily Listened To (Part 1)

So much of the music we take in is based on performance, to entertain and capture the attention of an audience. Even when listening through your own headphones or speakers, music is still designed to actively engage with the listener. But since we can't go to concerts right now, why not turn our periphery to music that can be heard but doesn't necessarily have to be listened to. Maybe if only a plant was to hear it, or feel it, that would be enough. Or the audience could just be furniture, or wet paint, and so on.

With that in mind, there's no better place to start than a Grammy winning 2019 compilation called Kankyō Ongaku: Japanese Ambient, Environmental & New Age Music 1980-1990. This 3 LP set presents an overview of the minimalist, ambient, and New Age music - collectively referred to as Environmental music - created by Japanese composers and sound designers in the 1980's. These quiet natural sounds were created for "spaces, products and experiences", whatever that means, or to "transport the consumer into a parade far away from the heat and hurry of urban life.” OK now I'm really confused but I am enjoying my new Sanyo air-conditioner, so that's a plus. If you can't leave your house to be in nature, at least you can feel close to it by listening to this Japanese environmental music. 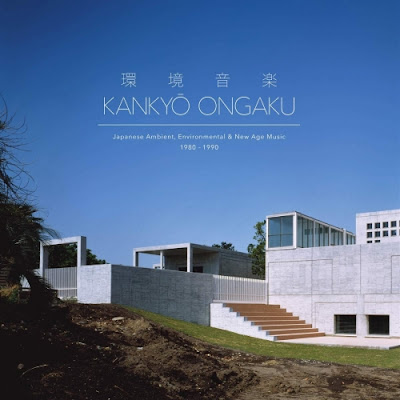 Next we have Brian Eno's 1978 masterpiece Ambient 1: Music for Airports. This is a record I love to listen to on a chilly spring night when sitting out back on the patio while a chiminea fire is winding down. Maybe you had listened to something more uptempo while the fire was blazing, but now it's that last hour when you're not going to be putting any more wood on the fire and you're just letting it wind down to coals, but you have to stay there and watch it finish. Well, Music for Airports is the perfect music to accompany that. The volume doesn't have to be loud because that way any diegetic sounds happening around you can become part of it. 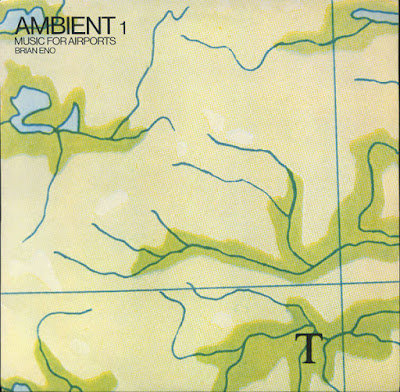 Above I mentioned that this type of music might be something that plants could appreciate. I was foreshadowing Mother Earth's Plantasia by Mort Garson. Back in 1976 plant buyers could pick up this album as a freebie at Mother Earth Plant Boutique in Los Angeles. And somehow we know about this album today and love it. Kitsch factor notwithstanding. Come on, composer/occultist Mort Garson chose the perpetually cool Moog synthesizer for this "warm earth music for plants...and the people who love them"! 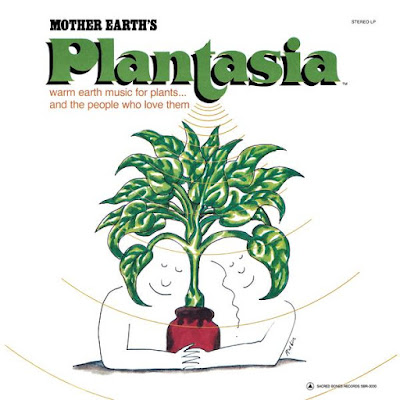 I'm going tropical with my fourth selection, Aguas de Amazonia by Uakti (pronounced wah-keh-chee). This is a long-time favorite CD of mine. Uakti is a Brazilian ensemble that makes use of traditional, exotic and one-of-a-kind home made instruments including pans, marimbas, PVC pipes, stringed instruments, various percussion and more to produce its New Age classical rainforest fantasy world. On this 1993 recording they arrange the music of Philip Glass like it was always meant to be that way. Uakti may be really far out, but they tether some of their experimental techniques by sprinkling it with authentic Brazilian flavors. 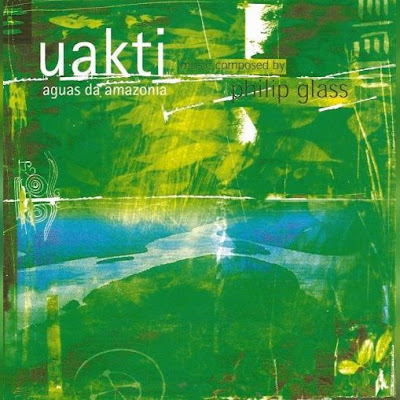 I feel like I should include some kind of gamelan or gong music on this list, but rather than a traditional Balinese or Javanese orchestra (maybe next time) I'll start with Seattle's Gamelan Pacifica. Their 1994 outing Trance Gong is focused on their original compositions and closes with a cover of John Cage's In a Landscape. It's gamelan music from an avant-garde point of view. Spotify told me to like it and they were right as usual. 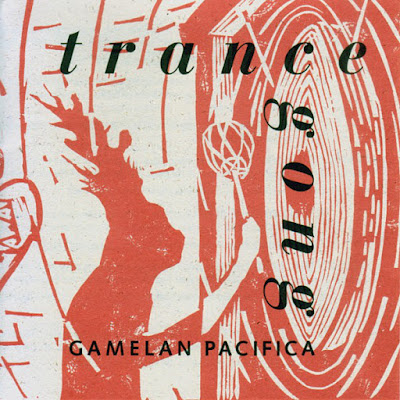 
Email ThisBlogThis!Share to TwitterShare to FacebookShare to Pinterest
Be a Fan
Posted by Tanner Llewellyn at 7:46 PM