Having Fun with Pentatonic Scales 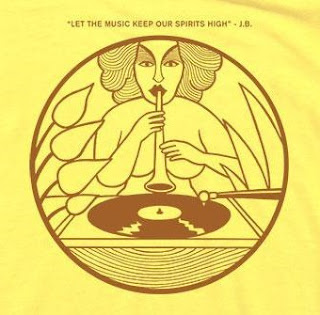 Earlier this month I spent some time with five-note scales, AKA pentatonic scales. I sort of felt rejuvenated after doing so. When you just have five notes, each note becomes vital; an entity in itself. It's less about what notes you have to work with or the succession you play them in, and more about how you play those notes and the feeling you have while doing so.

Pentatonic scales are conducive to improvisation - playing original, unpredictable phrases of your own invention, in free rhythm. Just playing around with these notes makes pleasing sound combinations. You can hop around however you like.

Note that Hirajoshi, Kumoi Joshi, and Iwato are all modes of the same basic pentatonic scale.

Pentatonic scales are a reminder that your instrument can be a spiritual tool to reach enlightenment and that playing is a form of meditation. Total absorption in the task is perhaps a more noble achievement than advancement to a higher technical skill level.

Under the watchful and critical eye of a master one may practice the writing of Chinese characters for days and days, months and months. But he watches as a gardener watches the growth of a tree, and wants his student to have the attitude of the tree - the attitude of purposeless growth in which there are no short cuts because every stage of the way is both beginning and end. (Alan Watts, The Way of Zen, Zen in the Arts)

Email ThisBlogThis!Share to TwitterShare to FacebookShare to Pinterest
Be a Fan
Posted by Tanner Llewellyn at 5:34 PM