From June 2017 to March 2020 I had given myself the ongoing task of writing approximately one new instrumental tune per week. During this time I came up with 150+ melodies. The original intent was perhaps to pen my own repertoire but as the project developed the simple act of creation became the driving factor.

A couple weeks ago I went through the entire 150 plus tunes and culled it down to a more manageable list of about 50 favorites that I like to play and could recall - or almost recall - from memory. In doing so I pivoted from the act of continuous creation and re-focused on better learning and appreciating what I had already accomplished. Resting on my laurels, if you will. 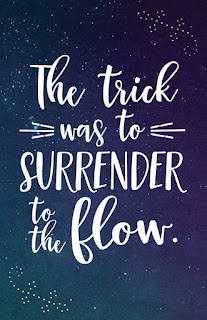 I wrote the name of each tune that made the cut on a card. After shuffling the deck I turn over a card and play whatever tune turns up. If I can't quite remember it I try and re-learn it so that next time I won't have to refer to tab or recordings. Five or six tunes a day played this way and it feels complete. The only problem is I am finding out that doing this is less enjoyable than the act of creation.

Flow
Mihaly Csikszentmihalyi is a psychologist who has written about a type of consciousness he calls Flow. When in a flow state you are completely absorbed in an activity which involves your creative abilities, concentrating so much on the present moment that nothing else seems to matter. The enjoyment is found in the intrinsic process of the experience. You do the activity for the sheer sake of doing it.

Perception of time changes, discomfort goes unnoticed, and stray negative thoughts don't enter the mind. You surrender completely to the moment. (This sounds like me on a Saturday morning when I have blocked out 4 or 5 hours of time for the purpose of organizing the creative tap by churning out a tune or two).

When in flow, self-consciousness and apprehension are lost. There is no worry of failure. The thinking mind is removed. I'm pretty sure Phish was in this state at the Clifford Ball, for example. The activity becomes an end in itself; more important than the finished work.

To achieve flow there must be a balance between challenge and skills: not too demanding or too simple for one’s abilities. The skill that I rely on to compose melodies is an understanding of the major scale - doh, ray, mee, fah, soh, lah, tee - and an ability to play these notes on an instrument. By tweaking and reshuffling this established pattern of notes in a scale into new sequences and rhythms then new melodies can be created. This keeps it simple. And by not dwelling on more complicated aspects of music theory like chords or harmony I keep it from being too challenging.

Taking It Further
You can develop your flow to such an extent that every potential threat can be translated into an enjoyable challenge, where inner tranquility is a continuous state of mind. When you are able to find joy in the ordinary or barren you won't be bored or anxious. If you relish every moment of the day then you don't need to escape from anything.

With that in mind, even going back over tunes I've previously written can be a way to achieve flow. Tunes are not static. They are dynamic. There are ways to constantly increase the challenge of them by finding new ways to play and improvise over them. Improvisation is spontaneous composition. Even if you were to paint the same painting or write the same poem every single day, there are ways to make that a flow activity.

Going forward I may be less concerned with naming or documenting melodic creations for the purpose of adding to a repertoire. That part of the goal has been accomplished. I have 50+ tunes that I love playing when the time comes to fall back on them, and within these 50+ tunes a full spectrum of "what I want to say" is being voiced. But I will also continue to devote time to spontaneous composition. What I might start calling "catch and release" melodies. Then there can be stories of the ones that got away.

Email ThisBlogThis!Share to TwitterShare to FacebookShare to Pinterest
Be a Fan
Posted by Tanner Llewellyn at 12:29 PM