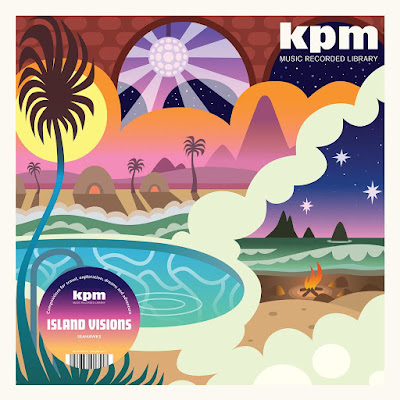 I've been wanting to post this for a few days now, and I already had five 2020 albums picked out as favorites. By the time I got around to writing this the list had grown to six! Here they are.

Phish - Sigma Oasis
What It Is: It's Phish, dude. The same Phish whose live show is where it's at, man. In case you forgot, these guys are pretty good in the studio as well.
Why I Like It: Lots of reasons. There are no clunker songs. Each track is strong. The production may the best I've ever heard on a Phish album. Engineer Vance Powell did a much better job of capturing the band's sound than any of the name brand producers they've worked with before managed to do, and better even than the band itself has done in the past. With Phish you are usually judging the studio versions of songs as being inferior to the live versions. On Sigma Oasis these studio takes come off more as definitive than inferior. Or at least as an alternative. Do I have criticisms? Sure. It's Phish so I analyze everything with a microscopic lens. But those objections are starting to wash away. Phish is a team and they know what they are doing. If they chose to make it this way it's better to trust their decisions than to try and poke holes in them.

Habibi - Anywhere But Here
What It Is: An all female post-punk style band from Brooklyn with more than a hint of an Arabic influence in their music.
Why I Like It: I had already been researching all-female bands from yesteryear - like The Raincoats, Kleenex and ESG - so I was happy to learn of an equally cool present day band. Habibi's songs are super catchy. Just the right mix of garage rock and pop musicality.

Hawktail - Formations
What It Is: An instrumental quartet that uses bluegrass instruments (fiddle, upright bass, flatpicked guitar, mandolin) in a musical style that used to be (?) called "new acoustic". Hawktail has the gravitas of a David Grisman Quintet or the Strength In Numbers Telluride Sessions but with more of a Scandinavian folk influence, à la Väsen.
Why I Like It: The world of new acoustic music is still ruled by the Mike Marshall, Béla Fleck, Darol Anger generation. Hawktail is perhaps the best of the next round of bands following in this progressive tradition. I don't know if they are taking it farther, but they are certainly fanning the flames.

Jon Stickley Trio - Scripting the Flip
What It Is: A wildly unique instrumental trio (guitar, violin, drums) that can hold its own at both jamband and roots music festivals.
Why I Like It: When I listen to Jon Stickley Trio I can't help but think of Shooglenifty, the legendary Scottish folk group that took trad music into new dimensions during the 1990's and 2000's. Jon Stickley Trio's music is very different than Shooglenifty, but it contains the same groovy energy, referencing bluegrass or Southern Appalachian fiddle tunes in the way that Shooglenifty expanded upon its Celtic roots. Jon Stickley (guitar) may have his name in the title, but everyone on board shines with Lyndsay Pruett (violin) and Hunter Deacon (drums) contributing in massive ways to make this the best album of the band's career. Track after track is one brilliant composition after another. I'm liking this one a lot!

Stein Urheim - Downhill Uplift
What It Is: Difficult to categorize music out of Norway that seems to float between spiritual jazz, psychedelic rock and world/folk.
Why I Like It: The first time I listened to it I picked up on what must be a Sun Ra or Alice Coltrane influence. The 2nd time around it sounded more like Pink Floyd or even Phish. The 3rd time it came across as if an American blues musician was traveling along the Silk Road. All on the same 37 minute album. So take a listen today, then again tomorrow, then the next day. It'll be different each time. Pay attention to the remarkably good drums/percussion.

Seahawks - Island Visions
What It Is: A modern day take off on Library music, inspired by the cult classic KPM albums of the 1970's, although this sounds more 90's than 70's.
Why I Like It: Exotic without being exotica. Sunny with a patch of clouds. Slightly buzzed. The soundtrack for relaxing with your cocktail of choice. This is a chilled out album and maybe a little too savory or intelligent to pass for legit Library music, but it's all the better for it. I'm not familiar with the band Seahawks, but this record sounds like something Sound Tribe Sector 9 or Boards of Canada might have come up with if given the same task of expanding upon the KPM catalogue.
Listen here: https://www.emipm.com/en/browse/labels/KPM/2127

***
Email ThisBlogThis!Share to TwitterShare to FacebookShare to Pinterest
Be a Fan
Posted by Tanner Llewellyn at 9:05 PM