Last year when my banjo was buzzing I took it to someone on the southside of Richmond who looked at it and suggested I get a taller bridge.  Not satisfied with that solution, I researched other instrument setup and repair persons and found Bob Gramann in Fredericksburg, a city about 40 miles north of where I live.  I took the banjo to Bob who removed the neck, made an adjustment to the truss rod and did a few other tweaks while I waited.  The banjo has been great ever since! 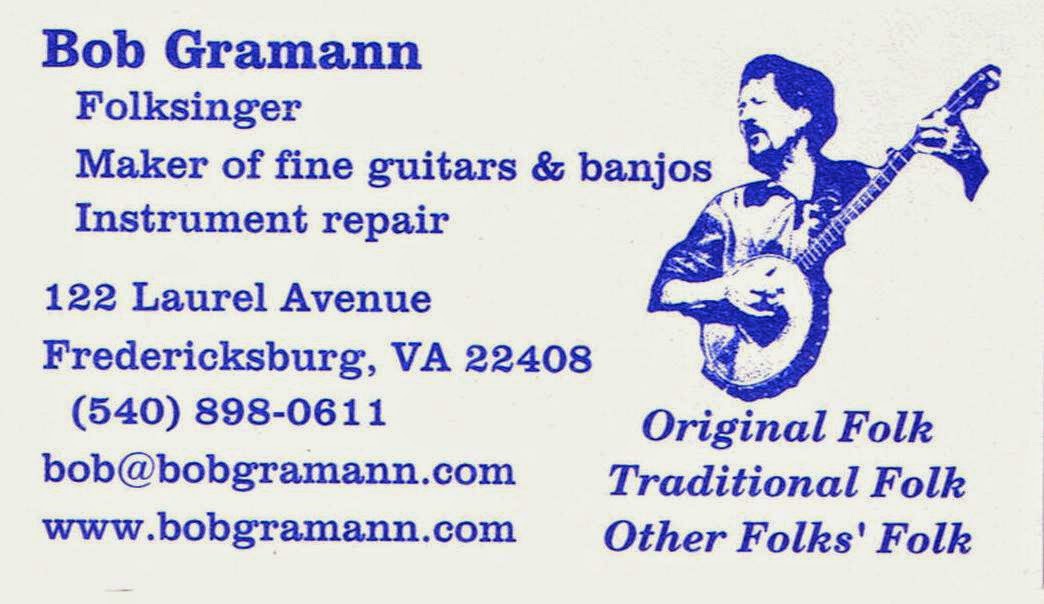 Similarly, my wife recently took her tenor guitar to Bob Gramann to have it setup in the Irish GDAD tuning.  While doing so, Bob noticed some intonation issues and made corrections to those, thus improving the overall sound of the guitar.  During that same visit I brought in a right-handed tenor banjo that had been sent to me as a vintage Gibson neck paired with a Recording King RK-R35 bluegrass rim.  Bob switched it around to lefty by making a new nut, reversing the armrest and making sure that the action and neck angle were properly set.  Now it's a regulation left-handed 19-fret Irish Tenor Banjo with resonator, wink wink!
Since I’m not much of a tinkerer, I am happy to have found Bob Gramann for our instrument setup needs.  His prices are very reasonable.  It’s also fun to see his shop and check out the guitars and banjos he has made or is currently working on.  Bob makes some fine instruments.  Instead of churning them out one after another, he really puts a lot of care into building each individual guitar or banjo.  I especially like his small body/travel-size Deep Run model which would make an awesome tenor guitar.  He is making a new one of these right now, to be finished this summer.
Bob is also a folksinger and songwriter.  If you are in the Richmond/Fredericksburg/Northern VA general area, I strongly recommend Bob Gramann for instrument setup and repair.  And for those in the market for a handmade guitar, his instruments, which are named after different rivers in Virginia, are well worth considering.  (Gramann sounds like "GRAH-min").

Email ThisBlogThis!Share to TwitterShare to FacebookShare to Pinterest
Be a Fan
Posted by Tanner Llewellyn at 6:30 PM