St. Paddy's Day Week as a Player of Irish Music

As a player of Irish music, St. Paddy's Day Week is, ironically, just like any other week.  If there was a friendly local session going on that was open to someone of my intermediate abilities, then I would enjoy going to that.  But as it is I'll just continue doing what I do every night...which is playing tunes at home...getting better acquainted with melodies such as The High Reel and Tripping Up the Stairs.

A lot of it has to do with not being good enough to be offered gigs or other (paid) playing opportunities, but some of it has to do with a personal disconnect to the idea of Irish music as performance.  Of course, if I saw what I do as a possible form of entertainment for others, and I was good enough and confident enough to present it as such, and someone was willing to pay me money to basically do what I would already be doing anyway (which is playing tunes), then I would definitely be open to that! 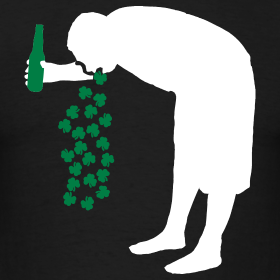 It's funny that I should be disinterested in the groups that play a polished, concert form of Irish music because I am definitely susceptible to the idea of music in the concert setting and can identify with the hero-worshiping fan.  If I counted up the number of times I've seen Phish, Dark Star Orchestra, moe., Leftover Salmon, Yonder Mountain String Band, Sound Tribe Sector 9, Keller Williams, Strangefolk, even String Cheese Incident, it would number in the hundreds. (yes these are bands for white kids to take drugs to, but also great performers!).  So, I'm no stranger to the perspective of being a starry-eyed music spectator and appreciator. 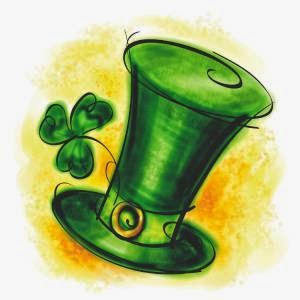 I suppose there's a slight feeling of being left out going on here, although prior to playing Irish music I had no real connection to the culture so I didn't pay much attention to St. Patrick's Day as a holiday. Now I'm more aware of it due to a quizzical feeling of should I be a more direct participant in some way?  There's got to be more to the celebration than just the secular Americanized version of guzzling green beer, even for a snoot like me.

90% of my music listening these days is to Irish traditional tunes.  I view this type of listening as a disciplined study; mental preparation for the music that I love to play, which is basically any form of traditional Irish instrumental tune.  That's probably not a well-rounded absorption of Irish music as it noticeably omits the pub style ballad that so many listeners think of when they think of the Celtic genre.  It's a selfish indulgence that becomes more complex this time of year.


Email ThisBlogThis!Share to TwitterShare to FacebookShare to Pinterest
Be a Fan
Posted by Tanner Llewellyn at 7:33 PM