Do I Play Irish Tenor Banjo? Today is St. Patrick's Day and I'm ready to admit that I play Irish tenor banjo, or am at least on the road toward learning how to do so.

Tenor banjo was my first instrument.  I liked playing Neil Young songs on it initially, before adopting fiddle tunes.  Due to its versatility, mandolin almost took over for a while.  There has also been a little bit of flat-picked guitar, mandola and baritone ukulele competing for instrument time.  As of late I've sidelined those other instruments and returned to tenor banjo almost entirely.

I've also benched the oldtime Appalachian tunes I was playing, as well as any other folk melodies, songs or covers I was trying to play or transcribe (OK maybe I am keeping a couple Neil Young songs around).  It is pretty much 100% Irish tunes at this point.  Oldtime just ended up feeling disingenuous. 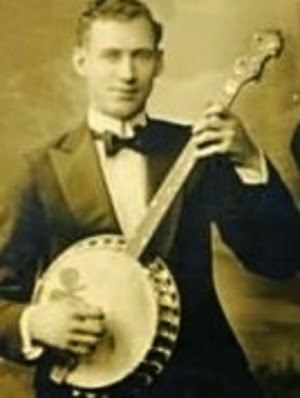 I suppose taking ownership of that intertwining coherence is one of the more difficult parts in all this.  But, like the Amish youth who return to the fold after Rumspringa, your practice is more devout when you hone in on the optimal form.

As an instrument tenor banjo is the one for me.  No other instrument feels as good when I play it or appeals in the same way.  Similarly, Irish music is what I want to play.  If I were still just a music listener, then I'd still be drawn to Trey Anastasio, Jerry Garcia and John Medeski for my musical fix.  But as someone who sees playing music as a potential hobby, the way others enjoy playing golf, knitting or chess, I've found that Irish music fills this niche in a way no other style of music can.


Email ThisBlogThis!Share to TwitterShare to FacebookShare to Pinterest
Be a Fan
Posted by Tanner Llewellyn at 7:14 AM