Play Along with Sliabh Luachra Slides and Polkas

The region in Ireland known as Sliabh Luachra (pronounced “sleeve LUKE-rah”) occupies a loosely defined inland area where East Kerry and West Cork intertwine – as much a state of mind as an actual place. It includes the villages of of Knocknagree, Ballydesmond, Scartaglin, Brosna, Cordal, Rockchapel, Newmarket and Gneevguila. Sliabh Luachra means “The Mountain of Rushes” or “The Rushy Mountain”. 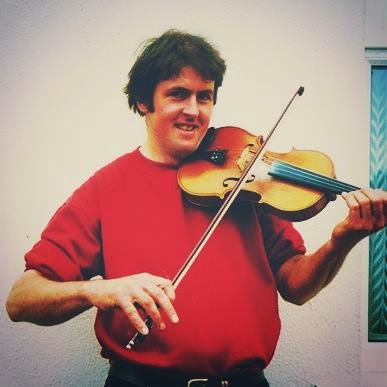 If you are interested in listening to or playing along with some authentic Sliabh Luachra music there are a couple “relaxed pace” albums available on Bandcamp. Festival CD 2014 and Festival CD 2013 were produced in association with the Scully's Traditional Music Weekend and contain mostly local tunes from the long-running Monday night session at Scully's Bar in Newmarket played at a steady tempo. The inspiration for the project came from the home produced tapes and CDs that are often passed between musicians to share their music.

Email ThisBlogThis!Share to TwitterShare to FacebookShare to Pinterest
Be a Fan
Posted by Tanner Llewellyn at 6:14 PM