A Little Tune Inspired by Is There Anybody Here That Love My Jesus by Medeski, Martin and Wood 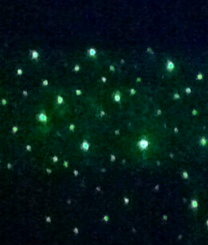 I've been listening to some live 1995-1996 Medeski, Martin and Wood recently.  The It's A Jungle In Here > Friday Afternoon in the Universe > Shack-man era.  This is my favorite period of MMW music.  Particularly the tune Is There Anybody Here That Love My Jesus has been floating around in my head all week.

As an amateur hobbyist musician one great thing about reaching the point where trying to figure out something by ear is no longer an incredibly frustrating ordeal but rather a quite pleasant exercise, is that a door opens toward the possibility of personally interpreting the music by some of your favorite artists.  Even creating something of your own based on this music.  If you are in need of more tunes to learn you can just turn to existing recordings for ideas.

In light of yesterday's announcement that the Secret Keeper (Mary Halvorson and Stephan Crump) "house" concert would now be taking place in a church, I decided that now was as good a time as ever to see what listening to Is There Anybody Here That Love My Jesus could spawn.  Here's what came out of my banjo with me playing it.

I obviously wasn't trying to exactly duplicate this piece.  For one thing, I don't have the ability.  Secondly, I was hearing something a little different with maybe a few more measures or something repeated that doesn't happen in the original composition.  This is how it sounded about an hour ago when I recorded it.  This is like a first draft.  Things could definitely change as time goes on.

I don't know how to play piano properly, but I have an electric keyboard that I use to help me discern certain notes because it has more clarity than my banjo does sometimes.  I kind of view the piano as a marimba with my fingers being the mallets.  Anyway, it's not heard on this recording thankfully but I used the piano before recording to help with deciding on some of these notes.  At other times I just did what I thought I wanted to hear.


Email ThisBlogThis!Share to TwitterShare to FacebookShare to Pinterest
Be a Fan
Posted by Tanner Llewellyn at 5:05 PM