Is Music Theory a Science or a Religion?

Duh, it's a science.


"If every trace of any single religion were wiped out and nothing were passed on, it would never be created exactly that way again. There might be some other nonsense in its place, but not that exact nonsense. If all of science were wiped out, it would still be true and someone would find a way to figure it all out again."

What Penn said is true and I feel the same way about music theory. It's just an attempt to explain what is already going on. The existing vocabulary we've been given to describe music is absolute, but it's not for everyone. It covers more than most of us need to know. 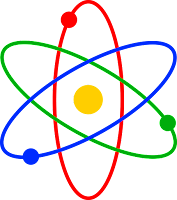 Which is why if you're feeling confused by music theory, I challenge you to find your own way of interpreting it. Try and really get to the essence of what this terminology is attempting to convey and then imagine that all existing knowledge of music theory has been wiped out and put those same concepts in your own thoughts or words.

I have sort of done this myself by applying a notation system that views all 12 "keys" universally as equals, and all 7 notes of the major scale as a sequence of diatonic numbers based on a tonal center, and the five remaining "blue notes" as raised or diminished diatonic number sounds ("dive" for a flat five note and "rive" for a sharp five note, for example).

This way of analyzing the notes of a universal scale makes it easy to transcribe.  Perhaps think of it like this:  most melodies in the key of C-major/ionian or its relatives (D-dorian, F-lydian, G-mixolydian, etc.) use only the white keys of a piano keyboard.  When they do use use a black key it is a "blue note".  In other words, some note in the major scale has been sharpened or flattened.

Now imagine if you could transpose the sound that comes out of the keyboard so that the white keys were A-B-C#-D-E-F#-G#-A and so on.  The same song played the same way would now come out in "A" instead of in "C".  If that melody in C had a "flat" 7th note that made B change to Bb, that same melody in A would mean that the "flat" note makes G# change to G natural. (G natural doesn't seem "flat", does it?!).  I would just call this note "dev" [diminished seven] regardless of key.  These are the building blocks of seeing it more universally.

As soon as you can start thinking of music theory in a way that (correctly) applies your own personal meaning to it, you'll understand the existing science that is music theory a whole lot better.

Email ThisBlogThis!Share to TwitterShare to FacebookShare to Pinterest
Be a Fan
Posted by Tanner Llewellyn at 10:27 AM