JAZZed Magazine has a regular segment called What’s On Your Playlist where a featured musician will list what he or she has been listening to. These artists usually select current releases and/or things they’ve discovered recently, but in the August/September 2015 issue baritone saxophonist Brian Landrus took a different route: he listed five recordings that have had a big influence on his playing.
One of the albums he mentions is Rumba Caliente by Los Munequitos de Matanzas. Landrus says “While at the New England Conservatory I was fortunate to study with Danilo Perez. Danilo was working on my rhythmic groove. Danilo had me tapping various clave patterns with my foot and playing bebop heads. It was, and is, very difficult, but it took my internal groove to the next level. He told me about Los Munequitos so I listened to all of their recordings available and transcribed as many of the clave patterns I could find. They’re a great source of compositional inspiration for me.” 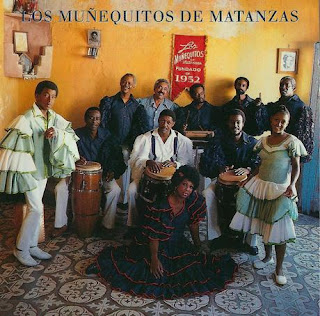 I had not heard of this Cuban group so I looked them up. The music is good and I can see how Landrus found it to be a great source of compositional inspiration. The idea of tapping various clave rhythms while playing head melodies sounds very challenging, but worth trying. You can read the full article – and the entire issue – here: http://digitaleditiononline.com/publication/?m=27630&l=1

The JAZZed interview with Ran Blake in the same issue is also worth checking out.

Email ThisBlogThis!Share to TwitterShare to FacebookShare to Pinterest
Be a Fan
Posted by Tanner Llewellyn at 6:23 PM