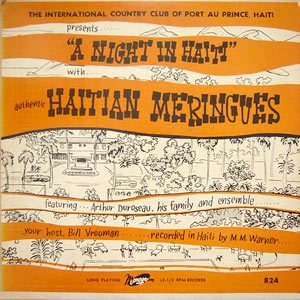 There's a tune I've been learning called La Douceur.  It was written by the Haitian composer/violinist Arthur Duroseau who was part of the Duroseau musical family from Port-au-Prince who made some recordings in the early 1950's.  La Douceur is a Meringue type of tune.  It has some syncopated timing that takes some getting used to and a seemingly difficult sequence of 8th notes at the end of the B-part which can feel very sped up when compared to the rest of the piece.

I wrote that two-bar lick out in the notation form that I have recently adopted which uses major scale note numbers which can then be applied to any key or tonal center you want.  See image below.  The note numbers correspond to the notes of the major scale.  This morning I was practicing that lick in the key of B, which means that my note "2" is a C# note and 2b (flat 2 or "doo" for diminished two) is the note C in the key of B.  With this kind of notation it's pretty easy to transpose.  All you have to do is know a major scale and then apply that knowledge to the sequence of notes.  After I'm done writing this I will try it in a different key.
Michael Doucet recorded La Douceur on the 2013 BeauSoleil album From Bamako to Carencro.  Here's a link to that recording.  The lick starts just after 50 seconds and is only a couple seconds long:  https://soundcloud.com/airshowmastering/beausoleil-avec-michael

And here's a video of the amazing banjo-mandolin player Dennis Pash of the Etcetera String Band and the Ragtime Skedaddlers playing it.  Dennis' version is where I first heard La Douceur and it made me want to learn this tune!  The section transcribed above starts at about 33 seconds into this video.

Remember, this method of notating is not like a tab or treble clef anything like that.  The numbers correspond to major scale notes, not finger placement, so it's not instrument specific or key specific.  You can use this notation system for any melodic instrument....saxophone, flute, guitar, mandolin, et cetera, and you can use it for any mode.  A tune in Dorian would probably have 2 as the tonal center.  Makes sense, right?


Email ThisBlogThis!Share to TwitterShare to FacebookShare to Pinterest
Be a Fan
Posted by Tanner Llewellyn at 10:42 AM