In Febuary, 2011, one of the first posts I wrote on this blog was a fairly naive homily titled Playing Music is Like Typing.  In it I compared playing a tune from written notation to...


"....transcribing a hand-written letter into a typed one. Although imagine that the letter I'm typing is in a foreign language that I don't understand. I have a pretty good attention to detail, so I can almost get the letter word for word without any spelling errors, but I still have no idea what the letter that I'm typing says. That's what playing music is like for me. Any variations I do are more like type-O's than different ways of saying the same sentence."

I go on to say that memorizing a tune is...

"...like an actor reciting his lines, but more like the actors in Avatar who had no idea what they were saying because their lines were in the Na'vi language they made up for that film."

Pretty depressing stuff.  I've been trying to get away from this whole concept that playing music is like typing, the way I originally envisioned it.  Today I realized this concept could still be true, if taken from a different angle. 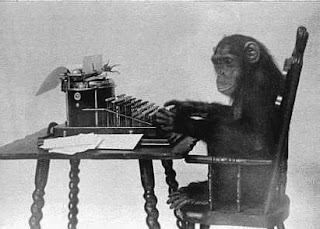 Earlier this evening I wrote a post called 2 things I love about playing Irish traditional music and old-time Appalachian tunes.  One of those two things was the melodic nature of the music.  I've been doing research on how other people learned to play melodies by ear.  It was during this research that I came across the concept of relying on kinesthetic memory to know where the notes are on the instrument, but not to memorize tunes and not necessarily to know where to go next in a particular tune. This is exactly what my fingers are doing as I type this.  The words are in my head.  My fingers know where the letters on the keyboard are, but my brain is controlling what words I type.

Playing a tune is exactly the same!  First you have to listen to the tune enough so that you can hear it in your head...or can't get it out of your head.  You may have to listen a different way than you're used to, so you can internalize the contour of the melody.  Once you know how the tune goes, it's just a matter of plucking a string and simultaneously placing a finger on the fret of the note that needs to be played, same as the way you unconsciously place a finger down on the computer keyboard for the letter you want to type. 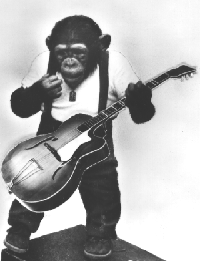 I didn't have this entire post memorized word for word when I began typing it, but I had the gist of it mapped out.  Same as when you start a tune.  If you know the contour of a tune all you sometimes need are the first couple notes and then the whole tune will follow.  You just play what you hear in your head.  This is totally different than memorizing a whole sequence of notes and involves only having to remember how the tune goes.  So, in that way, the older, wiser, more experienced me can still say that Playing Music is Like Typing!
Email ThisBlogThis!Share to TwitterShare to FacebookShare to Pinterest
Be a Fan
Posted by Tanner Llewellyn at 8:05 PM