Could Sun Ra Be Your Next Music Obsession?

Sun Ra's music has what it takes to be a lifelong obsession.  Music for the long haul. 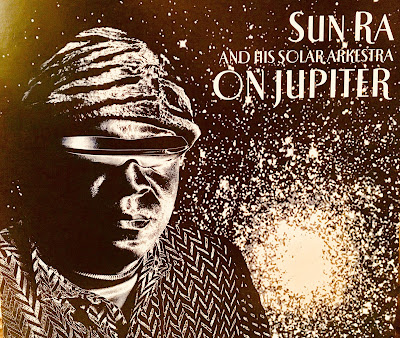 His Catalog is Deep
Over 125 albums.  Over 40 years of output.  Over 500 compositions.  However, with new compilations and vinyl re-issues being put out, along with digital streaming options by the dozens, Sun Ra's music has never been more readily available.  The future is catching up to him.

His Personal Brand and Philosophy is Fascinating
Sun was from outer space - Saturn to be exact.  As an alien of the angel race, Sun Ra was dedicated to spreading peace on planet earth.  His interplanetary consciousness included elements of Egyptology, cosmology, numerology, the occult, the bible, black civil rights, gematria, ancient cultures, the space age, word play, and more. 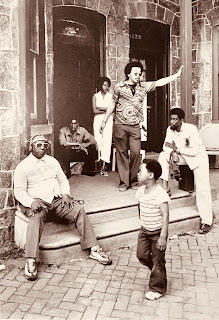 His Music is Weird, But Not As Weird As You Think
There's a misconception that Sun Ra is freeform, freakout music.  Despite its cosmic outward presentation, much of Sun Ra's music is rooted in jazz - big band, hard bop and trad.  It doesn't stop there though.  If you were to put all of his recorded music on shuffle play you'd hear a range of exotica, doo-wop, deep groove, ambient, trance-like drones, ritual drumming, Moog synthesizer ditties, chants, straight-ahead sophistication and yes, plenty of out there sounds as well.  It can be very challenging to consume in the beginning.  Eventually it all just becomes part of the Sun Ra Omniverse.

He's the Original DIY Artist - Punk Before Punk
Lo-fi.  Indie.  Primitive.  Self-made.  Home made.  Found sounds.  Non-conformist.  Experimental.  Playing instruments you don't know how to play.  Pressing and releasing your own records.  Waking up.  Staying awake.  Prolific recording at all hours of the day and night.  Playing anywhere and everywhere.  Military/monkish levels of discipline, devotion and rehearsal.  Not the mainstream.  Why did he record and put out that?


Email ThisBlogThis!Share to TwitterShare to FacebookShare to Pinterest
Be a Fan
Posted by Tanner Llewellyn at 8:15 PM