Mary Halvorson's Code Girl album came out yesterday and had some coverage on Bandcamp, Spotify and Pitchfork.  Not counting her early duo with Jessica Pavone, this is the first time that Mary has worked with a singer and incorporated vocals directly into her music, so it might also be the first time some folks are becoming aware of this influential guitarist, composer and improviser.  For anyone interested, there's a huge backlog of recordings out there worth checking out.  Dozens, really.  To narrow it down, here are five favorites.


Meltframe (solo)
Mary's long awaited debut solo guitar album does not disappoint.  Make sure you have the volume already turned up to feel the full impact of those opening notes of track 1 - Oliver Nelson's "Cascades" - and then sit back and enjoy the roller coaster ride.

Meltframe is an album of covers. Instead of writing music for solo guitar, Mary decided to interpret other people's songs. The selections span from the well known masters (Ornette Coleman, Duke Ellington, McCoy Tyner), to more obscure figures (Roscoe Mitchell, Annette Peacock) and contemporaries (Chris Lightcap, Tomas Fujiwara).  Meltframe might be may all-time favorite Mary Halvorson LP, however, by the time any of us had heard this, Mary had already moved on. 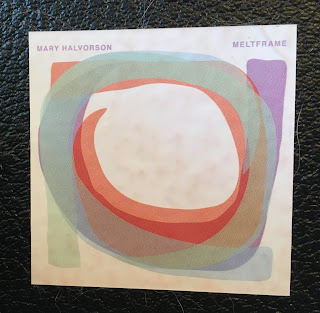 Secret Keeper - Emerge (duo)
Secret Keeper is Mary's duo project with bassist Stephan Crump.  It's primarily a vehicle for their highly improvised compositions.  The way that you are able to fluidly chat with a really good friend...that's the music that Secret Keeper makes: an in-the-moment bass and guitar conversation that could probably never come out the same way twice.

If your speakers don't rattle while you're listening to this you need cheaper speakers or more volume.  I like to listen to Emerge in environments where other sounds that aren't on the recording bleed in - birds, sirens, dog barking, wind, clutter on the table getting out of hand.  What type of music is Secret Keeper?  Not a concern.  (Jazz post-rock chamber music...) 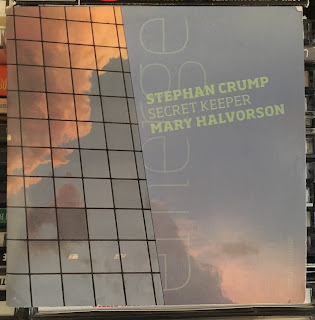 Thumscrew (trio)
Thumbscrew is an experimental trio on the fringes of jazz, consisting of Mary Halvorson (guitar), Michael Formanek (double bass) and Tomas Fujiwara (drums).  Their 2014 debut of heavy hitting jazz rocks with a heavy metal attitude.  It's too cohesive to be fully improvised, yet too feral to be entirely composed.

In Thumbscrew, Mary is matched up with the equally skillful Formanek and Fujiwara, and this work is product of three great listeners working in tandem. If you find it hard to jive with Thumbscrew's inverted groove just give it time. Soon you'll be inverted. 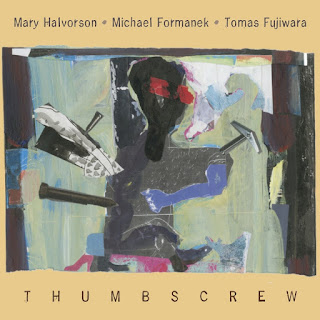 Tomeka Reid Quartet (quartet)
The Tomeka Reid Quartet is led by cellist Tomeka Reid and on this this CD almost all of the compositions were written by Tomeka.  Mary plays more of an accompanist role in this quartet.  Tomeka's tunes are melodic, in the traditional sense, and this ironically provides a unique setting for Mary's signature guitar sound to find its place.  Tomeka and Mary almost have a vague Grappelli / Reinhardt thing going here.

This CD is fairly easily categorized as jazz, and as such it is easily one of the best jazz recordings I've heard in recent years.  You don't have to qualify it by putting into some free or experimental category.  It sits well within the jazz fold.  No worries there. 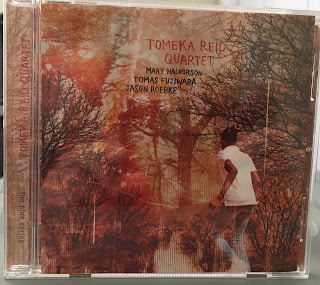 Mary Halvorson Octet - Away With You (octet)
There have been several recordings in Mary Halvorson's name with her as the band leader: Dragon's Head, Saturn Sings, Bending Bridges, Illusionary Sea.  Each one of those grew in size, depth and impact.  They are all worth hearing, but for now I'm jumping all the way ahead to the Octet.

On Away With You, Mary's up to 8 in the ensemble thanks to the addition of steel guitarist Susan Alcorn.  Away With You might bear an unintentional resemblance to Frank Zappa's large band jazz masterpieces Grand Wazoo and Waka Jawaka.  These compositions are strong.  The arrangements are classic.  Code Girl is where she goes from here. 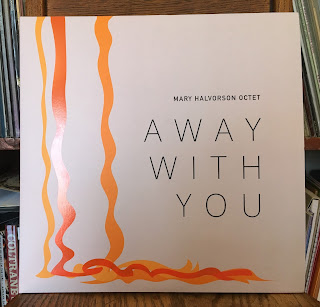 ***
Email ThisBlogThis!Share to TwitterShare to FacebookShare to Pinterest
Be a Fan
Posted by Tanner Llewellyn at 3:28 PM