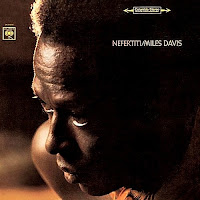 People tend to look back fondly on the music they discovered during formative years - teens and early twenties.  Lately I've been wondering if the same is true for me and I suppose it is.

The music I was interested in uncovering during my teens was the music of a generation earlier: Janis Joplin, The Byrds, James Taylor, Lynyrd Skynyrd, Bob Dylan, Joan Baez, The Eagles, Eric Clapton, and Hank Williams Jr.  I had cassettes by each of these.  That soon led to The Grateful Dead, John Prine, Norman Blake, The Allman Brothers and Little Feat.

It wasn't until the jambands came along that I started taking an interest in current music.  Phish, moe. and Leftover Salmon were the first ones to grab me.  By age 24 - when the acquisition of musical tastes peaks - my favorite bands would have likely been The Grateful Dead, Phish, moe., Leftover Salmon, and Medeski Martin and Wood.

I still have a great appreciation for that music today.  However, not represented in the groups listed above is the music I took great lengths to learn about from the categories of folk, blues, bluegrass, Americana and world music.  I owned an early printed copy of the All Music Guide and would pore through it to discover CDs to get - everything from The Red Clay Ramblers, to Cephas and Wiggins, and Fairport Convention.  A pursuit of this type of music has stuck with me.

The main difference between now and then is jazz.  Once upon a time, I didn't give myself the opportunity to appreciate jazz.  However, over the last 15 years, by fits and starts, I've let that become a primary interest.  In today's world, for the cost of a monthly subscription fee, a motivated listener could spend several weeks going through every important jazz album from 1954 to 1967, and in the process develop an individual take on what's really important.

It's funny that 25 years ago it was the rock music of the late 1960's and 1970's and now in the future it's gone even farther back.  Why just this morning I was listening to Washington Phillips.


This article was written while listening to Nefertiti by Miles Davis.


Email ThisBlogThis!Share to TwitterShare to FacebookShare to Pinterest
Be a Fan
Posted by Tanner Llewellyn at 9:43 PM