Last month I decided to see if I could transcribe the vocal melody line to some Phish songs on my tenor banjo just by listening and assigning a note to each sung syllable in the lyrics. To my surprise and delight, this came rather easy. Years of familiarity with Phish’s music probably helped. 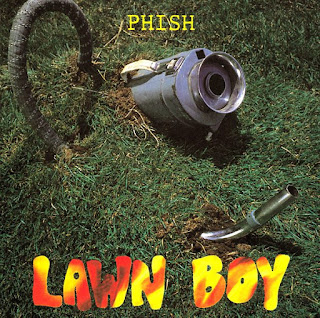 I soon thought of the Ran Blake book Primacy of the Ear.  I’ve mentioned this book before. The main point of Primacy of the Ear is putting your ear, rather than the fingers (technique) or the brain (theory) at the center of your musical learning. In doing so you are encouraged to focus on a couple divergent musical interests and study them both in depth. For one person this might be the music of Eric Dolphy paired with Cretan traditional music, for somebody else maybe Arvo Pärt and Aretha Franklin.

It’s taken me years to develop the mindset to give learning anything by ear a legitimate shot but the fun I had transcribing Phish vocal melodies made me consider following the advice in Primacy of the Ear by using Phish’s songbook as a means for improving my aural skills. Then I remembered a 2012 album called The Jazz Age by The Bryan Ferry Orchestra, where Roxy Music/Bryan Ferry songs are re-imagined in a 1920’s big band style. A musician named Martin Wheatley plays what sounds like 4-string banjo on most of the tracks on that album. 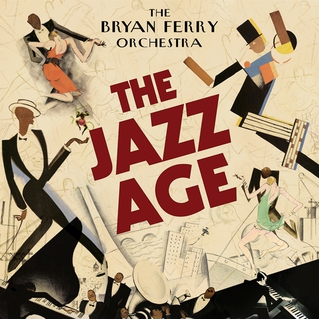 I had never heard of or listened to Roxy Music before discovering The Jazz Age, but I created a playlist in Spotify, alternating the original song with the 1920’s jazz version to hear the comparison. These artsy pop/rock songs work incredibly well as 1920’s jazz numbers (or even standalone pieces) and it sounds like Martin Wheatley didn't really change anything about his banjo technique for that recording. He is using the usual 1920's style rhythm playing.

This helped me realize that I could pair the learning of Phish songs by ear and the learning of traditional New Orleans/Creole banjo playing by ear into one study.  One example might be figuring out the vocal melody and general chord structure to the song Lawn Boy and then strumming over those changes in the standard "straight fours" jazz banjo rhythm.  Freedom through limitation.

Email ThisBlogThis!Share to TwitterShare to FacebookShare to Pinterest
Be a Fan
Posted by Tanner Llewellyn at 10:38 PM