How About This for a List of Ten Bluegrass Albums? 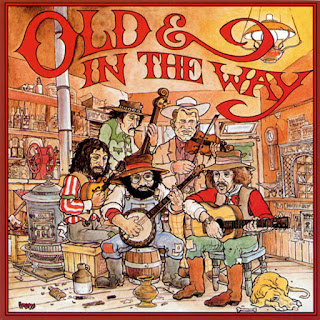 The years 1995 to 2005 were my prime bluegrass listening years. During this span I listened to a lot more than just bluegrass, and a lot more bluegrass than just these ten tapes or CDs, but these are the ten most prominent ones that come to mind for me.

New Grass Revival - Barren County. Before Leftover Salmon, before String Cheese Incident, you had NGR. They were just before my time but I had heard about them and the wake they left behind was still being felt when I first started tuning in. I liked New Grass Revival's earlier albums the best with 1979's Barren County being a perfect ten out of ten!

Hot Rize - Hot Rize. I was digging Hot Rize's 1979 debut album long before I understood the context and influence of Hot Rize on not just the Colorado bluegrass scene, but bluegrass music as a whole. Here's where Tim O'Brien first started to make a name for himself. The fact that Phish began covering Nellie Kane in 1993 didn't hurt either. Twenty years after the release of this CD, when I spent some time in Colorado, Hot Rize banjoist Pete Wernick was still very active as part of the Boulder area bluegrass community.

John Hartford - Nobody Knows What You Do. I'll admit that Aereo-Plain is perhaps a better John Hartford album, and Mark Twang and Morning Bugle aren't too shabby either, but 1976's Nobody Knows What You Do got played the most, probably because of the Granny Wontcha Smoke Some song. It caused me to check out more in the Flying Fish records catalog.

The Tony Rice Unit - Manzanita. It's Tony Rice. What else is there to say? There were other Tony Rice CDs to be gotten but this is the one I had and in my opinion it's the best. A classic full of non-stop excellence from start to finish. 1979 was a good year for bluegrass. Phish bassist Mike Gordon recently revealed that they learned the Norman Blake song Ginseng Sullivan not from Norman's initial recording but from version on this album.

The Bluegrass Album Band - The Bluegrass Album Vol. 3: California Connection. Tony Rice once again on lead vocals and guitar. The track list of this heater from 1983 honors the first/previous generation of bluegrass, but for many listeners (myself included) these would become the standard versions of these songs. 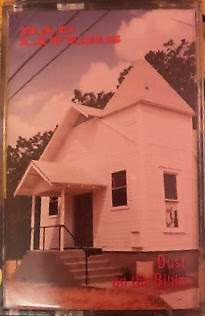 Bad Livers - Dust on the Bible. This obscure sleeper cassette tape from 1991 is perhaps more country-gospel than bluegrass, but it's bluegrass nonetheless. With tongue ironically not so planted in cheek, Danny Barnes, Mark Rubin, and Ralph White play it about as straight as three punk-minded tricksters might be capable of. Tracks like Crying Holy Unto the Lord and Jesus is on the Mainline ensured its place in the hearts of those who were lucky enough to find it as the years passed.

Steve Earle and Del McCoury Band - The Mountain. I welcomed this CD with open arms when it came out in 1999. It was the first legit bluegrass album that I knew of to be released and come along as I was still getting to know these older classics of the prior decades. The Mountain hit like a freight train and instantly joined the ranks, eclipsing much of what had come before. Not only did Steve Earle have the best bluegrass band backing him (Del McCoury Band), but he also wrote what is probably the best album's worth batch of songs of his career to go with them.

Yonder Mountain String Band - Elevation. Despite all that had come before in bluegrass - generations 1 and 2 - there was still one more big step to take in the evolution of the genre and Yonder Mountain String Band took it. In hindsight it seems like a no brainer, like low hanging fruit, but why not position yourself to appeal to the already burgeoned jamband scene by playing a different setlist every night, playing two sets a night, hitting all the right festivals, towns, clubs and venues, and constantly touring to create a Phish-like atmosphere or buzz around your brand? Duh. With charismatic front man Jeff Austin at the helm, YMSB did this. It may not be apparent from this pretty straightforward 1999 song and tune oriented debut but Yonder Mountain would pretty much be singularly responsible for the 3rd and final(?) evolution of bluegrass, with help of course from Leftover Salmon and String Cheese Incident who had primed the pump.

I wouldn't consider myself to be well versed in bluegrass, but I dabbled enough to feel confident that the above list is a valid take on the genre at least for a period covering the 1970's through Y2K, recognizing that early masters Bill Monroe, Flatt and Scruggs, and The Stanley Brothers are noticeably absent. Honorary mention also goes to Norman Blake, whose Whiskey Before Breakfast CD probably outplayed all of the above but I can't in good faith strictly define it as "bluegrass". I would also be remiss if I didn't give a shout out to Red Clay Ramblers' 1986 LP It Ain't Right. A little too vaudevillian or theatrical to be considered bluegrass, I somehow managed to get this disc into the CD shuffle many a college party night in between the Grateful Dead, moe., Ween, Phish, John Prine, Little Feat, P-Funk, and Zappa that dominated our little corner of Richmond VA.

Email ThisBlogThis!Share to TwitterShare to FacebookShare to Pinterest
Be a Fan
Posted by Tanner Llewellyn at 8:31 AM