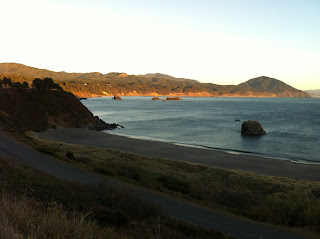 In 2016 I had fun pursuing a unique assortment of melodies from sources including Camper Van Beethoven, Bill Frisell, Ween, Gillian Welch, Neym Rosauro and more. What these tunes all had in common is I learned them either from Fakebooks or from someone else’s transcriptions, and I was focused on just playing the head melody without regard for, knowledge of, or concern with the underlying chords or their structure.

Toward the end of this year I discovered that I did in fact have the ability to transcribe a vocal melody by ear. For a few weeks in Nov/Dec I would write out the lyrics to Phish songs, then just by listening to the song figure out the musical notes to each sung syllable so that I could play the melody line as an instrumental. I doubt I was 100% accurate but at least this broke the ice.

While that ear breakthrough was happening I was also discovering the New Orleans jazz banjoist Emanuel Sayles, who seemed to have an approachable comping and soloing style. For the first time I now had a home base for modeling a "jazz" banjo technique, should I choose to do so. I also started to dig the New Orleans jazz repertoire, especially on some select recordings that Manny Sayles appears on.

In 2017 I want to continue along this aural path by doing things such as improvising over chord changes and “transcribing” solos by artists that inspire me, such as Jerry Garcia or Manny Sayles. I don’t know if transcribing has to mean writing anything down. It might be completely by ear – a feel thing. I want to connect the ear and disconnect from the page. I also want to gain a greater understanding of harmony, chord structure and improvisation up and down the neck. A great, non-analytical way of doing this is by simply listening to the masters and then trying to mimic that sound on your instrument.

Instead of being a chore this activity can now be an opportunity for advancement and discovery.
Email ThisBlogThis!Share to TwitterShare to FacebookShare to Pinterest
Be a Fan
Posted by Tanner Llewellyn at 6:43 PM