My musical goal for 2014 is to put in the work necessary so that my influences can become my influences.  What this really means is to focus on becoming an ear player so that things I hear my favorite musicians doing can be replicated and absorbed. 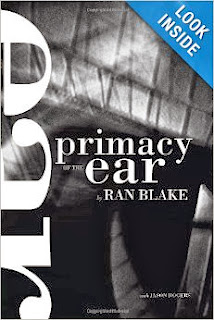 The traditional tunes I've been playing are not really an influence because I didn't listen to that kind of music before playing it, I just kinda started into it because the tunes were readily available in mandolin tab and fiddler's fake books, they fit well under the (GDAE tuned tenor banjo) fingers, and at the beginning didn't require anything more than a straight run through the melody at the proper rhythm. 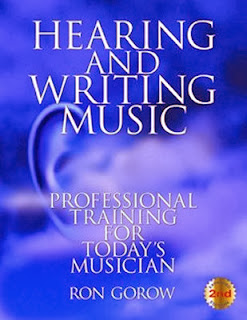 No real analysis, sense of harmony or special arrangements were required to read the notation and bring these tunes "to life".  The benefit of playing all these tunes is that my fingers have gotten used to making the movements, but I haven't made the connection between finger placements and the sound that results.
The music I listened to prior to getting a tenor banjo hasn't really found a way to merge with the way I've been learning music.  I'd like to change that.  The two bands I've listened to the most in my life are Phish and The Grateful Dead.  I feel like if I develop the ability where I can analyze the music these groups have made, especially the the theory of their melodic improvisations, then I'll be able to apply that in lots of areas.  In Phish it's more of a group effort with special attention paid to guitarist Trey Anastasio, but with The Grateful Dead it's Jerry Garcia's guitar leads that are of primary concern.
I'm drawn to melodies which is part of the reason I'm playing tenor banjo, I think.  Another musician whose playing I would like to find a way to make into an influence is jazz guitarist Grant Green.  I'm not really a fan of jazz in the classic sense, but I've always been fond of Grant Green, who plays very clean melodic lines.  It's funny that a lot of these guys are guitar players but I don't play guitar.  I think they could just as easily be horn players, if I had been exposed to that music or if it were more prevalent.
Tortoise and Medeski Martin and Wood are two other groups from whom I'd like to extract some musical knowledge.  But it could be something as simple as transcribing little bits from, say a Culture reggae song or a pop song by Arcade Fire or MGMT.  I'd like to get to the point where I can hear a chunk of melody and then instantly play it on my tenor banjo or ukulele while understanding the nature of the notes in terms of music theory.
I don't believe in the phrases "I'm tone deaf" or "I can't play by ear".  Music is a skill which can be learned and constantly improved upon.  I'm also going to be taking lessons throughout 2014 (and beyond?), letting the instructors teach me what they think is best, understanding my musical goals, and diligently following the advice and teachings.


Email ThisBlogThis!Share to TwitterShare to FacebookShare to Pinterest
Be a Fan
Posted by Tanner Llewellyn at 9:50 AM