We all have our own reasons for why we listen to music, how we listen to music, and what we're hoping to get from it.  These are the albums that met those needs for me in various ways during the year 2013.  (This article originally appeared on the Community Idea Stations' website). 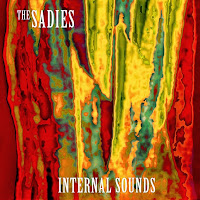 The Sadies – Internal Sounds (psychedelic country, spaghetti-western)
With 15+ albums over a 15+ year career, The Sadies have put out a lot of music. However, Internal Sounds is quite possibly the best album of their career. From the Bad Religion style punk of opener “The First Five Minutes,”, to the campfire friendly “So Much Blood”, to the classic rock guitar riffs of “The Very Beginning”, to the tribal sounding album closer “We Are Circling”, Internal Sounds bites harder than anything The Sadies have done so far. 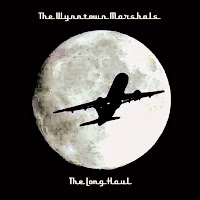 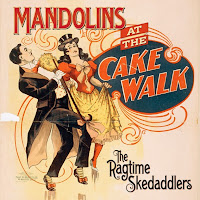 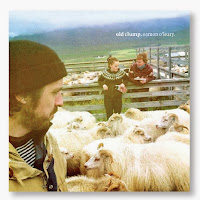 Eamon O’Leary – Old Clump (Celtic singer-songrwriter)
The Murphy Beds – Eamon O’Leary’s duo with Jefferson Hamer – produced my favorite album of 2012. This year Eamon O’Leary is back with a “solo” effort titled Old Clump, which has been streaming, with very little fanfare, on Eamon’s Bandcamp page. I love the laid-back pace, minimal instrumentation, and how the lyrics fall into place in unexpected ways. Even when you know what is coming next, you still hang on every word. 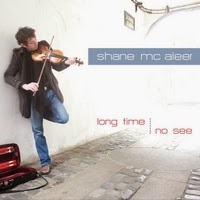 Shane McAleer – Long Time No See (traditional Irish)
This straight-trad, all instrumental fiddle album is about as real as it gets. Shane McAleer was a standout fiddler for the Irish super-group Dervish before a drinking problem caused him to leave the band. That was over a decade ago, but the now-sober McAleer is finally back with his first solo album, the appropriately titled Long Time No See. With tasteful guitar and bodhran backing, McAleer weaves his fiddle through the tunes with a calmness and patience that can only come through years of practice and exposure. 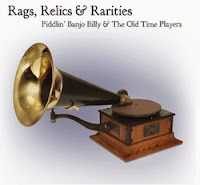 Fiddlin’ Banjo Billy and the Old Time Players – Rags, Relics and Rarities (Midwestern old-time, country rags)
The old-time music of the Ozarks and the Midwest is like the old-time hoedown music of the Appalachians, but with a little bit more of the Scandinavan (Nordic waltzes and schottisches), European (polkas), Irish (reels and hornpipes) and ragtime (cakewalks and marches) thrown in. One of the living legends of the Ozarks is Fiddlin’ Banjo Billy Mathews, whose repertoire numbers in the hundreds, if not thousands, of tunes. On Rags, Relics and Rarities Banjo Billy takes this musical smorgasbord and narrows it down to 11 old-timey numbers and 3 original compositions.  He’s helped out by Christine Breen on mountain style clawhammer banjo and Paul Breen on traditional six-string guitar. 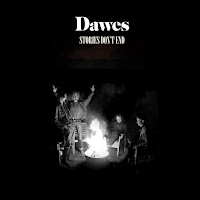 Dawes – Stories Don’t End (contemporary / indie rock)
Dawes’ third album continues where the other two left-off, delivering that slightly retro, slightly easy listening, multi-layered deep-cut groove we’ve come to expect from the California quartet. Taylor Goldsmith remains a master of the rock n’ roll ballad, and his well thought out lyrics both engage and perplex, like “January Christmas lights under billion year old stars”. His guitar chops aren’t too shabby either. The basic rock n' roll instrumentation in Dawes – guitar, drums, keyboards and bass – means that each player has a well-defined role, coming together to form one of the best bands of the last decade. 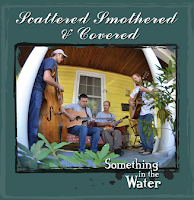 Scattered, Smothered and Covered – Something In the Water (acoustic roots music)
A true local band, Richmond, VA’s Scattered, Smothered and Covered are four friends who get out to play on occasion at local breweries, wineries and restaurants, mixing original material with covers of Grateful Dead, Bob Marley, Townes Van Zandt, and more. You get the idea that if they weren’t playing in front of people that they would be just as content, if not more so, jamming on someone’s front porch or in someone’s basement. Yet something compels them to write and record new material. Of all the albums on this list, Something in the Water has the best chance of appealing to those between the ages of ages 8 to 80. 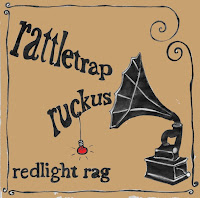 Rattletrap Ruckus – Redlight Rag (Eastern European influenced accordion music)
If I were to dream up combinations of instruments that would make for my ideal instrumental band, chances are I would say tenor banjo, accordion, cello and clarinet. Well, 3 of those 4 are featured in Rattletrap Ruckus along with one-string bass and washboard (no clarinet!). Their Bandcamp description says it best: “Rattletrap Ruckus is a rollicking four-piece instrumental band from Bellingham, WA. We play fiddle tunes, ragtime, tango, paso dobles, various breeds of waltz, klezmer, polkas, and oh so much more.” 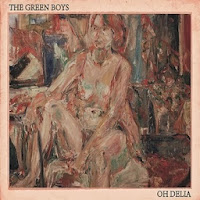 The Green Boys – Oh Delia (country, Americana)
The wake left by folk success stories Mumford and Sons, Old Crow Medicine Show, Yonder Mountain String Band and The Avett Brothers has given rise to many lookalike bands across the US, the UK and beyond. It would be easy to lump The Green Boys into this classification, but to me it seems more like a zeitgeist fueled coincidence than purposed staging. With Oh Delia, The Green Boys have done a fine job documenting their musical progess, at least as it sounded in as of early 2013. If you were to see them live now you might find that they’ve already moved it up a notch beyond where they were a year ago, but like a cherished photo album Oh Delia will always be worth returning to. 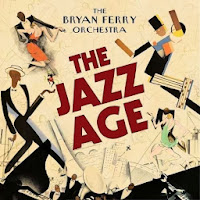 Bryan Ferry Orchestra – The Jazz Age ("hot" jazz)
I pilfered this one from NPR’s best of 2013 list.  If it were just a recording of 1920’s sounding music, The Jazz Age would still stand on those merits alone. In other words, you don’t need to know that these are Bryan Ferry songs reimagined as instrumental trad jazz numbers, in order to love this album. This isn’t a “swinging on Roxy Music” type of project, but an inspired collaboration with top notch musicians that could be the soundtrack to Downton Abbey Season 4. 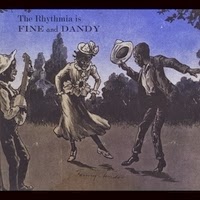 The Rhythmia – The Rhythmia is Fine and Dandy (ragtime, world)
The Rhythmia have many similarities to the above mentioned Ragtime Skedaddlers (both bands feature Etcetera Stringband alumni) and even cover some of the same material. What makes The Rhythmia different, besides the violin lead, is an inclination toward early Caribbean and Creole dance music. Where the Ragtime Skedaddlers do an amazing job playing the “head” of a tune, the Rhythmia utilize a bit more improvisation and – you guessed it – exotic rhythms. 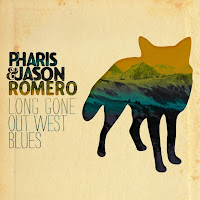 Pharis and Jason Romero – Long Gone Out West Blues(folk, blues)
Jason Romero is regarded as one of the best instrument makers of the present day. His banjos are masterpieces of artistic construction, with his wife Pharis adding intricate custom inlays. All hand made in Horsefly, British Columbia. Jason and Pharis are also starting to garner accolades for their music making, having been featured earlier this year on A Prairie Home Companion and with Pharis winning Traditional Singer of the Year at the Canadian Folk Music Awards. Comparisons to Gillian Welch and David Rawlings are easy to make, but Pharis and Jason have a folkier, bluesier sound, harmonizing male/female duo vocals as well as any folk act, while harnessing the guitar and banjo picking abilities needed to add compelling solos and instrumental breaks to their songs.
Email ThisBlogThis!Share to TwitterShare to FacebookShare to Pinterest
Be a Fan
Posted by Tanner Llewellyn at 1:43 PM