How Phish and Arcade Fire led me to Power, Corruption and Lies

You can blame it on the excitement of the upcoming release of Arcade Fire’s Reflektor – which was being described as equal parts Haitian rhythms and 80’s new wave dance music – and the anticipation of which album Phish would cover on Halloween – traditionally a classic rock album from the 1970’s.  This harmonic convergence drove me to type in the words “New Order” into my online music player.

I had no idea who or what New Order was (and still don’t really), but had heard them name-checked in an Arcade Fire interview on NPR.  My search brought up a list of New Order’s albums, and I strategically chose what looked to be their 2nd album – 1983’s Power, Corruption and Lies.  I instantly liked it. 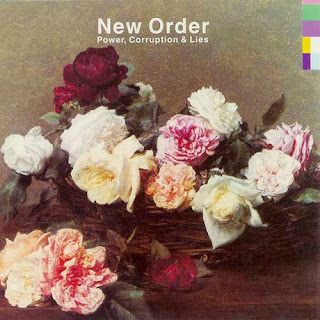 On repeated listens to Power, Corruption and Lies I began imagining that what I was listening to was not a 30 year old album, but was, in fact, the new Arcade Fire album, if that makes any sense.  It was also somehow easy to imagine Phish covering it as their Halloween album.  It may not have the strong guitar lead or substance of other more obvious choices, but I don’t know that I’ve ever heard a song begging for a John Fishman lead vocal and the Phish treatment more than the album’s 2nd track, “We All Stand”.

My fascination with Power, Corruption and Lies was quick to rise, and, actually, quick to ebb after I heard the actual Arcade Fire album Reflektor – which was a bit of a hyped up letdown – and after Halloween came and went without Phish covering New Order.  Not that I ever really thought it was a possibility, but I still think that it could have worked really well as the Phish Halloween Costume.

After more than a week off from it, I revisited this New Order album today and yes I still dig it.  It's clinging to a small plot of land in my musical mind. “Our love is like the flowers, the rain and the sea and the hours”.

Email ThisBlogThis!Share to TwitterShare to FacebookShare to Pinterest
Be a Fan
Posted by Tanner Llewellyn at 2:00 PM