As 2009 came to a close I was inspired to make a list of my favorite albums of the 2000’s.  I also compiled a list of my favorites from the 1990’s while I was at it.  That was before this blog existed, but having recently come across those lists I’d like to share a new and improved top ten for each decade.

The early 1990’s was when I really started to seek out and listen to music seriously, although even back then my musical path didn’t exactly align with the critical zeitgeist.  In other words, you won’t find any Beck, Nirvana, Radiohead or rap on these lists, even though I did enjoy me some Pearl Jam, Dr. Dre, Bad Religion and Cypress Hill back then!

For consistency, selections are limited to studio albums.  These are individual choices subject to change at any time.  Here’s how it stands today… 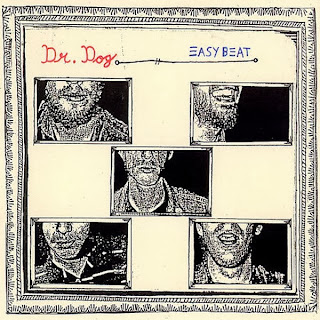 Dr. Dog – Easy Beat (2004)
As an early fan of this band, I ordered this CD directly from Dr. Dog the moment it became available through mail order in the fall of 2004 and have not stopped listening to it since.  Subsequent Dr. Dog albums have ventured into this territory, but Easy Beat will always be my favorite by them.

The Flaming Lips – Yoshimi Battles the Pink Robots (2002)
I love how this album flows from one song to the next.  It’s artsy, trippy and dynamic.  Some prefer Soft Bulletin, but I heard Yoshimi before any other Flaming Lips albums, so it’s the tops for me.

My Morning Jacket – It Still Moves (2003)
The first time I saw MMJ was in January 2004 -- a historic day in my musical life (Dr. Dog opened playing songs from Easy Beat several months before it was released).  I stayed up all night after the show listening to It Still Moves and transcribing the lyrics, and spent the next several weeks describing its virtues to anyone who would listen.

Yvonne Casey – Yvonne Casey (2004)
On the first night of our first ever visit to Ireland in November 2004 we happened to be staying in the village of Doolin where Yvonne Casey’s CD release party was taking place the next night.  Needless to say we went.  McGann’s was packed tighter than a Ween show at Alley Katz.  This was my first exposure to trad music and the world has not been the same since.  This album mixes Yvonne’s quintessential West Clare fiddle style with a sprinkling of more exotic influences such as ska and surf rock.  Purists and progressives alike can enjoy its peaty flavors.  With excellent support from Eoin O’Neill, Quentin Cooper, Ger Hoyne and more.

Cracker and Leftover Salmon – O' Cracker Where Art Thou (2003)
Snarky, cynical and slacker…this is the rootsy re-do that Cracker’s music had been unknowingly crying out for.  Basically a Cracker Best Of with David Lowery and Johnny Hickman backed by the “polyethnic Cajun slamgrass” jamband Lefover Salmon, these radio hits never sounded as good as the interpretations found here.

Phish – Headphones Jam (2004)
Phish are underrated as songwriters and composers, but on this blazing one-track 45+ minute improvised studio jam they do what they do best – let “the hose” run free.  With no live audience to play for, Phish takes listeners on a cerebral journey that is as good or better than any jam they ever came up with in concert.

Gillian Welch – Soul Journey (2003)
Soul Journey is right.  The underlying tinges of a Neil Young and Grateful Dead influenced cosmic consciousness really starts to shine-through on this album, which is more rocking than anything Gill and Dave have done before or since.  Sounding more like Son Volt than the Carter Family, Gillian taps into something transcendent here.

Bang on a Can Allstars – In C (2001)
In C never fails to inspire.  It’s another of those one-track, 45-minute albums that can go by in the blink of an eye.  It’s the perfect music to listen to while painting an abstract masterpiece or simply plunging the depths of the blank space that is the human psyche.  One always feels smarter after hearing this album…musical nutrition.

The Sadies – Favourite Colours (2004)
Dark, psychedelic and apocalyptic, Favourite Colours ironically evokes black and white visions of cold, wind swept prairies.  Eerie songs such as 1,000 Cities Falling (Part 1) and unsettling instrumental passages like The Curdled Journey ultimately go down as smooth as a fine bottle of Scotch.  The Canadian spelling of favorite and colors (with the “ou”) doesn’t hurt either.

Dawes – North Hills (2009)
Coming at the tail end of the decade, but signaling a new back-to-basics approach that retro rockers everywhere were quick to adopt, the North Hills was a great introduction to a band that has only gotten better on subsequent releases.  Dawes is a band you can really go deep with, once you realize that there are many layers to their quasi-easy listening sound.  I can see them playing this album live, in its entirety, many years down the road. 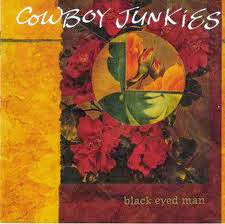 Cowboy Junkies – Black Eyed Man (1992)
Black Eyed Man is a slow burner which I have been returning to for over 20 years.  Oddly, I’ve never gotten into any other Cowboy Junkies albums, and yet this one has been a desert-island disc for as long as I've imagined such a thing.

Ween – the Mollusk (1997)
From the moment I first heard The Mollusk, I knew it was chock full of awesome.  I was already listening to Ween’s 10 Golden Country Hits and Chocolate and Cheese, but The Mollusk resonated in a way those albums hadn’t.  I soon made it my mission to convert everyone I could to the words of the Golden Eel, proselytizing The Boognish.

Phish – Story of the Ghost (1998)
Phish is the only band with a nod in each decade.  Honestly, I could have chosen 1993’s Rift as well, but Story of the Ghost wins out because as a whole I think it works the best of any of Phish’s traditional studio albums.  Some of these songs, like the title track, were monstrous when played live, but whittled down to their essence in the studio the brilliance and structure of the song is still clear.

Nanci Griffith – Other Voices Other Rooms (1993)
This might seem like an odd choice based on my other favorites, but this CD of Nanci Griffith interpreting other people’s songs really tugs at the heart strings.  It’s up there with the Cowboy Junkies’ Black Eyed Man as a long-time desert-island disc.  Other Voices, Other Rooms has remained a constant in a sea of musical change, with its rose faded only slightly over the last 20 years.

Medeski Martin and Wood – Shack Man (1996)
When it comes to the overall quality of a band's entire catalog of official releases, nobody ranks higher than Medeski Martin and Wood.  I knew a 1990’s era MMW CD was a shoo-in, and it’s really a tossup between Shack Man and Friday Afternoon in the Universe.  However, Shack Man prevails 6 days out of the week due to its unflinching grooviness.

Neil Young – Harvest Moon (1992)
If this album doesn’t make you want to dance across the living room floor with your significant other I don’t know what will.  Put Harvest Moon on, grab your sweetie and/or intoxicant of choice, and surrender to one of the most iconic musicians of the last 50 years on one of his most accessible, yet beautiful albums.

Steve Earle – The Mountain (1999)
“M-I-C-K-E-Y, M-O…you gotta put your hat on boy.  If you wanna be in the band you have to put your hat on”.  I don’t know what that statement means but it’s the first thing that came to mind when I thought about The Mountain.  Bluegrass isn’t one of my favorite genres, but this album transcends that distinction in a way that only the merger of Steve Earle and the Del McCoury Band can.  Campfire jammers the world over can thank Steve Earle for his contributions to their repertoire via The Mountain.

Son Volt – Trace (1995)
Uncle Tupelo and Wilco may be missing from these lists, but Son Volt’s first album is here to represent!  Trace is the only Son Volt album I’ve ever really listened to, but it’s a keeper.  I’m always ready for “switching it over to AM, searching for a truer sound”.

Tortoise – TNT (1998)
Tortoise succeeds where so many other post-rockers fail.  Classical, rock and jazz merge in a way that doesn’t even need to be written about, just listened to.  Does Tortoise want us to dance or gaze at our shoes?  I think a simple head bob will do.

Jerry Garcia/ David Grisman – Not for Kids Only (1993)
The Grateful Dead may not have ever gotten around to recording a studio album in the 90’s, but Jerry Garcia did re-connect with his old pal mandolinist David Grisman and together they put out some quality work this decade.  One shouldn’t mistake this as a bunch of outtakes from from Grisman’s archives; Not For Kids Only was actually conceived from the start as a children’s album that both the young and young-at-heart could enjoy.  Not for Kids Only turned out to be the best, and of course the most whimsical, of anything the two ever collaborated on.