I would say that my play-by-ear abilities are about a 2 or 3 out of 10.  Pretty dismal for someone learning play traditional music.  So, earlier this evening I put together a playlist of tunes that would be good to learn, but are ones that I have not yet looked at the sheet music for.  My typical way of learning a tune is to listen to the recording paired with the sheet music, and then figure it out that way.  Although I find looking at the sheet music helpful, it makes a visual, not aural, connection in the brain that I can't shake.

For this project I have specifically chosen recordings for which I have the matching sheet music, but am resisting the temptation to glance at the dots.  I've selected some chestnuts that have been on my "to learn" list, with the goal of listening to them in the car, on the stereo at home, and on the iPad, until the melodies become very familiar. 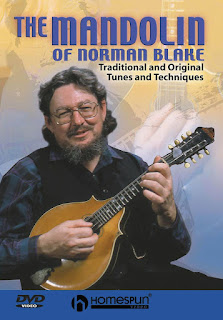 I'll play along with the tracks from this playlist, eventually attempting to transcribe the tunes by writing out the notes I'm playing.  Once I have my transcription where I want it, I'll compare it to the actual sheet music to see how far off I was.  I'm hoping this proves to be a good practice method.  I can definitely move my fingers along with a fast recording, but making the notes I am playing match the music is another story.

Some of the tunes on my list include Campbell's Farewell to Redgap, Hollow Poplar, and Green Castle Hornpipe from The Mandolin of Norman Blake DVD.  For lack of a better idea, I pointed the digital recorder at the speakers and made MP3 recordings of these tracks straight from the DVD.  This turned out well, and now I have the audio on CD and on my iPad.

Another oldtime tune I'll be working on is Shady Grove from Alan Jabbour's A Henry Reed Reunion album. It's not the same as the bluegrass Shady Grove, but almost every single time this tune has come on when I've been listening to this CD, I've had to check and see what the title was because I liked it so much. Each time it was Henry Reed's Shady Grove, so that made the list.  I have the book of Alan Jabbour's transcriptions for when I'm ready to compare my attempt at an interpretation to his.

I also included Stay All Night, which is similar to Waterbound, and Lost Everything, a fiddle tune written by James Leva.  These come from the Portland Play Along Selection...not my favorite source for tunes but these particular recordings are OK to work with and the notes are in the Portland Collection books.  That covers the oldtime tunes. 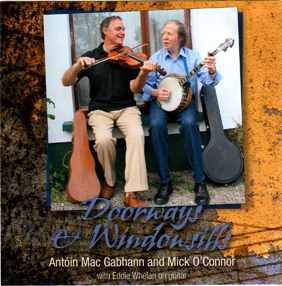 For Irish jigs, I first selected the medley of Farwell to Gurteen/John Joe Gardiner's off of Angelina Carberry's An Traiisiun Beo CD simply because I happen to have a photocopy of her personal transcription of these tunes.  Angelina is my favorite Irish tenor banjo player, and if this experiment proves to be fruitful, I'd like to figure out additional tunes from this album, sans the sheet music.

I have a nice recording of Leitrim Fancy that I converted to MP3 from YouTube.  I figure this tune is universal enough that this version would generally match any notation I have for it.  The other jig I included was The Rambling Pitchfork, from the Dusty Banjos Live at the Crane CD.  There's an excellent tunebook called "10 Years of Tunes" that goes along with the Dusty Banjos CD, so I've got the notes to Rambling Pitchfork when I need it.

For Irish reels, I'll start with The Green Mountain.  Again, this tune is ubiquitous enough that almost any version would work assuming it's in the right key.  I went with the one off the Mick O'Connor and Tony Mac Gabhann CD Doorways  and Windowsills.  This tune has been calling out to me so now is my chance to work on it. 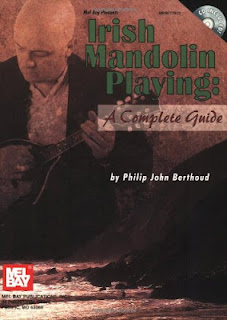 Additional Irish reels include Rolling in the Ryegrass (Dusty Banjos' Live at the Crane), The Concertina Reel (Comhaltas Ceoltóirí Éireann), and Golden Keyboard (PJ Berthoud's Irish Mandolin Playing guide).  Finally, in the miscellaneous category, I have Stack of Barley from Joe Carr's School of Mandolin - Irish Mandolin, Top of the Maol, as played by Dan Neely on his Mighty Augusta Ceili Band repertory page, as well as Maggie in the Wood and Ballydesmond Polka No. 2 from Brian Connolly's Play Tunes on the Irish Tenor Banjo.

I don't always know beforehand what key these tunes are in, so that in and of itself is a challenge to begin with.  Identifying the tonal center, then getting the general shape of the tune, figuring out certain progressions or patterns, and taking it from there.  I'll be curious to see how close my transcriptions come to the actual notes being played!

Down the road there are two tunes on the Norman and Nancy Blake/Boys of the Lough album Rising Fawn Gathering that I'd like to learn - Castleberry's March and Joe Bane's - but since there's no sheet music to refer to for these I'm going to put off attempting to learn them until I get a little bet better at replication.  I'll start with ones that I have the notation to match the music, so that I can actually compare my transcription to the proper one.
Email ThisBlogThis!Share to TwitterShare to FacebookShare to Pinterest
Be a Fan
Posted by Tanner Llewellyn at 12:39 AM