What Is Irish Traditional Music? 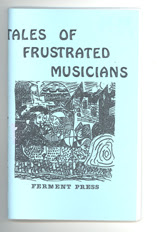 There's a disconnect between the way Irish music is traditionally played in sessions and the way I currently choose to envision Irish tunes when playing for my own enjoyment.  There's also a fine line between understanding and respecting the music, but opting to play it a little differently, as opposed to being blissfully unaware of your own ignorance.  When I play and practice tunes at home I find it to be a very relaxing, rewarding experience.  I love the jigs, reels, hornpipes, polkas, slides, slip jigs and more that makes up the common repertoire.  However, I sometimes leave a public session feeling frustrated and temporarily de-motivated about the way I play these tunes compared to the way that others do.

I was basically a stranger to Irish traditional music when I first started to play it.  To this day, I still haven't listened to much music by many of the bands I hear people name checking: Altan, Dervish, Solas, Lunasa, De Dannan, Planxty and so on.  In fact, the concept of an Irish music "band" that tours around with spruced up arrangements of the music designed to appeal to foot-stomping and hand-clapping spectators is not of much interest to me.

The recorded trad music that's caught my ear over the last few years are simply players of instruments such as fiddle, accordion, concertina, banjo or so on doing session tunes.  Sparse recordings of two or three instruments playing in unison, bringing the music to life in a more subdued, dare I say, authentic fashion.  Honestly though, the majority of "Irish" music that I listen to at the moment are simply versions of tunes that I know are in the local session repertoire, so I can increase my participation level next time around. 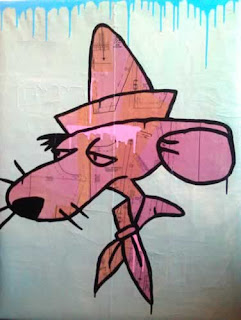 Living in Virginia I am also exposed to a similar but distinct genre of traditional music called oldtime, which I more narrowly define as "festival jam oldtime".  Everyone still plays in unison like an Irish session, but instead of playing sets or medleys of tunes, one tune is played many times through until - in the best of situations - an almost hypnotic state is reached.  It is this model of focusing on one tune at a time and really digging into it that I enjoy applying to the Irish tunes that I know, even though it's contrary to the way others usually play them.  I mix n' match tunes from Irish sessions and tunes from oldtime jams using this format and see it as one overall genre rather than two.

Another thing that I've noticed about some Irish sessions is that the speed folks tend to play at is a little too fast for my comfort level. Of course familiarity and skill level does play a factor, but all that aside I would enjoy taking some jigs or reels down a notch or two and playing them at a slightly more relaxed pace some time, with some swing to the rhythm.  Sessions can sometimes feel like a competition to see who can play tunes the fastest.  At the same time, I don't mind speeding up a barndance or march if it suits the way I want to interpret it.  So, in that respect as well, I choose to take liberties with the parameters of the music.

As I go forward, one thing that I think will help with making my interpretations sound more Irish is learning a tune with less influence from written notation.  To date, virtually every tune I learn has some influence from tab or notation.  I'm always listening and playing along with a tune as I learn it, but have relied on the dots to figure it out or at least get me started.  It's not in my nature to fly blind - I enjoy having access to instructions and behind-the-scenes bonus features - but I might try to go cold turkey from notation for an entire week or more and see how it feels.

I continue to play and practice at least an hour every day, and try to maintain my focus - balancing learning new tunes with new techniques and other further study.  Writing a post like this is therapeutic for fleshing out some frustrations and concerns I've been having and pointing me in a new direction going forward.  I still would be just as fine with sounding like Jerry Garcia or Norman Blake playing an Irish tune he picked up somewhere along the way, compared to sounding like I was from Donegal or something.  I just do it for fun, and if a muddled, diluted sound ends up coming out it's no big deal.  This is Six Water Grog after all.  Thanks for reading.


Email ThisBlogThis!Share to TwitterShare to FacebookShare to Pinterest
Be a Fan
Posted by Tanner Llewellyn at 5:51 AM