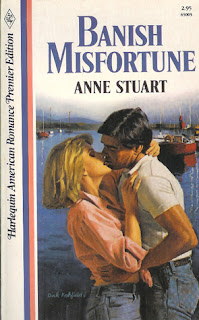 I learned how to play Banish Misfortune earlier this year.  I used the term learned lightly because there's always room for improvement in Irish music, and there's always the chance you could forget a tune.  The Mixolydian mode is like a major scale with only one note different: you flatten the 7th note by a half step.  When your tonal center is D, the mixolydian scale is D, E, F#, G, A, B, C and D.  (If it were D-major the C natural would be a C sharp.).

Mixolydian is one of the most common modes played in traditional Irish music.  It will usually start with an A or a D.  I've often seen people look at the key signature of a D-Mixolydian tune and surmise that it's in the key of G.  But you have to look at the notes it starts and ends with or resolves to.

The D-Mixolydian scale still has a major sound because the 3rd note of the scale is F#, like in the D-major scale.  If you play backup, you can give it a more mysterious sound by leaving out the 3rd note of the chord and replacing it with another root or 5th note, or some other note to add color.

Mixolydian is often characterized by a "two chord" or "modal" sound - adjacent chords that you can think of as the home and contrast chords.  Many modal tunes can be played with just these two chords.  In D-mixolydian the home chord is D and the contrast chord is C.  Normally you would almost never play a chord with C as its root as part of a "D-tune", but finding a C chord in a tune in D is a big indicator that it is mixolydian, or at least has some mixolydian qualities (that prominent C-chord in the B-part of Staten Island Hornpipe comes to mind).

Remember that as part of the D-Mixolydian scale you changed the C# note to a C natural, so hence the C chord.  You might also find an A7 (the five) or an Aminor (relative minor to C) in there somewhere. Anyway, all this talk about modes and Mixolydian is probably making you feel sleepy, right?  Well here's a great video of the tune Banish Misfortune played by Ian Walsh.  Listen to it, get the sound in your head, and then find it on your instrument.  You don't need to know anything about theory to do that!

Email ThisBlogThis!Share to TwitterShare to FacebookShare to Pinterest
Be a Fan
Posted by Tanner Llewellyn at 9:16 PM