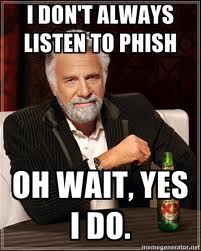 Last week while listening to the new Dr. Dog album Be The Void (review forthcoming) I was reminded of the bands I listened to prior to my current traditional music obsession.  This primarily included The Grateful Dead, Phish, Medeski Martin and Wood, Ween, Dr. Dog and My Morning Jacket.  I listened to this music all the time - going deep with my study of Phish and Dead lore and set lists  - but not being a musician I never had any intention playing it.  Then for some reason I got a tenor banjo.  For a while I hung onto this jamband/indie rock fascination and spent many a music lesson having my teacher Josh Bearman translate these types of songs to tenor banjo.  But ultimately I never achieved much satisfaction from trying to play Franklin's Tower or Water in the Sky, for example, compared to tunes like Arkansas Traveler or Swallowtail Jig which seemed to really resonate with my newfound interests. 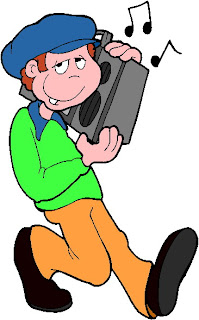 Mind you, I was completely ignorant to both old-time fiddle music and Irish trad when I first got a tenor banjo, but the more I tried to play this stuff the more its allure grew.  Over the last couple years my music listening has gradually shifted away from the Relix/Paste/Glide Magazine format to the type of traditional tunes I am now trying to play. I listen to traditional music for pleasure, and more importantly, for practice...with the mindset being that the more I listen the more it will be ingrained into my psyche.  It recently got to the point where I considered any time spent listening to anything other than the music I wanted to play as a waste of time.  Then, last week I allowed myself the luxury of listening to Dr. Dog and breathed a sigh of relief when I was legitimately enjoying the new album!  I wasn't listening to each note thinking about how I might do that on tenor banjo, as I would with some fiddle tune I heard at the local session, and I wasn't wishing I was listening to something else more fruitful.  I was simply caught in the sheer joy of listening to one of my favorite rock bands in the process of creating new music!

This doesn't take away from the fact that I'm still in this traditional music game for the long-haul with the intention of getting better at learning it by ear.  But I'm now trying to strike a balance between the traditional music I want to play (which I also love to listen to) and the jamband/indie rock music I enjoy listening to even though it's not what I necessarily want to play.

Who knows, maybe some day after I nurture my ear it'll come full circle and I'll be able to adapt some of that knowledge into being able to figure out that riff in Off the Record or Bubblehouse and play those notes with the same sense of fulfillment as I currently get from learning a new fiddle tune!
Email ThisBlogThis!Share to TwitterShare to FacebookShare to Pinterest
Be a Fan
Posted by Tanner Llewellyn at 12:00 AM