The A-Part (similar to Venus In Furs)
On Monday morning I sung a melody into my phone's voice recorder that in hindsight bears some resemblance to the Velvet Underground song Venus In Furs. I didn't give myself a chance to work on this melody until Wednesday morning when I had about ten minutes to review it before leaving for work. During those ten minutes I was able to locate and transcribe the musical notes on a keyboard based on the intervals I had sung.

The B-Part (loosely based on the 12/29/19 Bathtub Gin jam)
I like for my tunes to have at least two alternating sections. So after transcribing this melody I tried out a sequence of notes based on something that Trey Anastasio played during Bathtub Gin on 12/29/19 that I had already been messing around with by ear.

In recent years Trey has developed a knack for landing on simple, fleeting melodies during "Type II" improvs. Phish songs like Light, Ghost, Tweezer and Carini are prime places for these. Just beyond eleven minutes into this version of Bathtub Gin, Trey - prompted by Page - comes up with an interesting melody of this sort. It only goes around for a few bars but it was enough for me to make note of it and by New Year's Eve I was playing my own thing based on that sound.

Note that all of the notes from my first melody (G C D and Bb) are found in this B-part melody. That was a happy coincidence. The only additional note in the B-part melody was F, but that note is found in both the Bb major scale and the F major scale that I spoke about above. So just like in the A-part, my scale here is ambiguous (to me at least). It could still be either B-flat or F. (or, as I realize now, E-flat).

The thing about these little melodies that Trey happens upon during Phish jams is that they sound great in the context of the jam, but after being isolated it is sometimes difficult to find something to pair them with. They almost paint themselves into a corner. That had been the case with this Bathtub Gin melody. I had been sitting on it for a week without successfully coming up with something to go with it. But as soon as I matched it up with my "Venus In Furs" style A-part it seemed to jive. 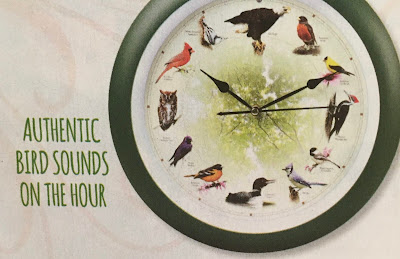 Transposing the A-Part
I started playing these A and B parts together and instantly knew that I had a new tune. The parts fit well together. The only thing that nagged at me was how both melodies were using a lot of the same notes, and/or were living under the same piano keys or banjo frets. I wanted a bit more flavor there. Then I remembered how I had analyzed my A-part melody to discover that the first note of the melody (G) could either be note 6 of the Bb scale or note 2 of the F scale.

So what if I assume for a moment that the scale I'm in is Bb, but move my A-part melody from starting on note 6 of that scale (G) to note 2 of that scale (C)? Now the notes in my A-part melody switch from G G G C D C D Bb G to C C C F G F G Eb C. Boom! I'm definitely not in the key of F anymore but all of these notes still fit into the key of Bb! Remember that B-flat major scale is Bb C D Eb F G A. The only note I'm not using is the 7th one: A.

My tune was basically done and ready to be recorded at this point. I had an A-part and a B-part, and each conformed to the same major scale: the B-flat major scale in this case. But, even cooler, I wasn't really even hovering around the note Bb as the tonal center for much of the tune. It's got more of a minor feel, meaning that in music theory it's probably more like the G aeolian or C dorian scale. That's getting a little heavy for me though. I only think in terms of the major scale.

About Those (Mississippi) Half-Steps
This is basically the process I go through almost any time I write a tune. My A-parts and B-parts (or C-parts) often come from different, unrelated sources. In order to pair them I try to put them into the same universe. Unless I am purposefully trying to write something "out", "blue" or exotic, I otherwise like for my A-parts and B-parts to each utilize notes from the same major scale. The same universe, if you will. In this case that universe was the notes of the Bb major scale: Bb C D Eb F G A. It's all relative though, man.

A neat thing to know about the major scale is that it's mostly whole steps. There are only two places in the whole scale where notes are going to be directly adjacent on your fretboard. These are called semi-tones or half-steps. These half-steps are always between notes 3 and 4 of the scale, and between notes 7 and 1 of the scale (or 7 and 8 of the scale in music theory, if I'm not mistaken, but I don't think about it that way). In the Bb major scale the half-steps are found from A to Bb (7 to 1) and from D to Eb (3 to 4). Anywhere else in the scale is a whole step.

Once you get going both of the above sequences start to look pretty darn similar. In fact, they quickly become exactly that same. If you start getting too loopy you might get lost. That's OK because the half-steps can bring you back whenever you want. The half steps in your melody are the guideposts, the major clues helping to provide direction. (My tunes don't have definitive chords as far as I'm concerned. I only hear and think in terms of melody, so my scale knowledge and where this melody falls within the major scale is all I have to go on. For example I know that an Eb chord in this scale contains the notes Eb, G and Bb. No duh, right? I just have no idea if or when that or any chord should be used under the melody, nor do I care. If I really had to think about it I would conclude that any number of scalar notes could be used to harmonize with the melody note, each with their own peculiar coloring. Who can say which one sounds better than the other? I don't have a preference.)

Name That Tune
I already expected my next tune title to be either Fungie (after the Dingle dolphin) or Dandelion (after the bard character in the Witcher). I went with Dandelion, which became Dandelion Puff.

To re-cap, Monday I hummed a melody that is similar to Venus In Furs. Wednesday morning I transcribed that melody. Wednesday evening I paired it with a stray melody I had played by ear the prior week based on something I heard during the Phish 12/29/19 Bathtub Gin. Once paired together I realized that the intervals being used allowed for one of the parts to be shifted to different notes within the same universe, or scale. After that, done!

Here's a recording made last night over a quick drum machine "beat" that I spent mere seconds assembling. I used a baritone ukulele because I like the way it sounds on that instrument.

***
Email ThisBlogThis!Share to TwitterShare to FacebookShare to Pinterest
Be a Fan
Posted by Tanner Llewellyn at 11:11 PM