Wow. I haven't posted anything since July. Partly because I haven't felt like sharing anything. And also because it's been like seven years since blogging was relevant.  Hello 2012. And I know in advance that what I'm about to write about is going to be in the first person with most sentences beginning with the one-letter word of "I", like this one that you're reading. Only one person wants to read that. An audience of one. Me.

Well, we're well into Fall; the time of year where I traditionally ramp up my music listening and book reading so I can cram for the year end. I enjoy making lists and my lists of the year's best albums and best books read are my favorite types of lists to make. These will be put together by mid-December, so this is just an appetizer. 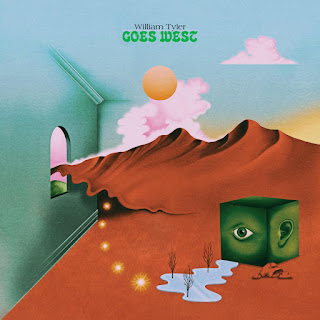 Music
Spotify, Bandcamp and Youtube, as well as tastemakers like Forced Exposure and Mr. Bongo, continue to lead me into unexpected musical territory. One big shift from earlier versions of me is less of a reliance on a particular band/artist, "personality", brand or even genre, in favor of an overall aesthetic. Searching for a sound.... melody with drum machine or exotic "timpani" type percussion as one example, or original compositions based on faux ethnic themes or scales.

Very recently I've been surprisingly receptive to the fascinating world of dusty old field recordings where occasionally I can extract a melody, like from African kwela music. It's fun to take a chance on these types of albums when randomly found in a shop on vinyl. I've also been paying attention to movie/TV/documentary scores of all kinds, especially the diegetic music in the movie Midsommar and the exotic music arranged and composed by Yo-Yo Ma and The Silkroad Ensemble for Ken Burns' Vietnam film.

During the summer I took a detour into Library music and found some gems such as the album Full Circle by Alan Hawkshaw and Brian Bennett and music by I Marc 4. I've also uncovered some 1980's New Age type music that is pretty cool - stuff by Dennis Young, Beverly Glenn-Copeland, Nakara Percussions, and a weird Dutch guy named Cybe.

Festival wise I feel pretty locked-in that Big Ears in March and the Richmond Folk Festival in October perfectly bookend two overlapping yet distinct aspects of my musical obsessions. Big Ears with its emphasis on the living legends of experimental music as well as its focus on forward-thinking composers and artists, and the Richmond Folk Festival which continually brings a well rounded and open minded inter-continental view of music as a whole.

A notable holdout from earlier versions of me is Phish. I'm warm on them when they are touring (I don't attend Phish shows that much anymore but I like to listen to the recordings the next day). One Phish jam I've returned to over and over again is the first set Tweezer from 6/21/19 Charlotte. I was actually in attendance for this one. There's a few fleeting minutes in that Tweezer - from about 05:30 to 09:30 if you're keeping score at home - that beautifully represent the peaks that music creation can achieve. I definitely stole a melody or two from in there. 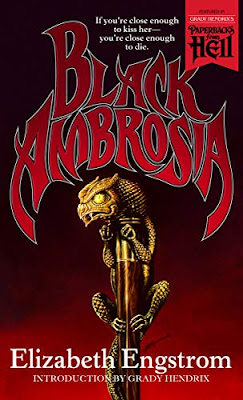 After a late spring/early summer lull I re-energized by getting back into horror fiction for the first time in - I dunno - 2+ decades! I've been on a tear ever since, reading one or two books a week which is a super fast pace for me. This renewed interest was sparked I think by learning of Valancourt Books, a Richmond, VA independent small press that specializes in publishing out-of-print horror novels from the 1970's and 1980's, among other things. I started reading their releases a few months back and haven't stopped since. Through Valancourt I've come to learn of the writers Michael McDowell, Ken Greenhall, Elizabeth Engstrom, and Michael Talbot. To name a few.

I'm not exclusive to Valancourt releases, although I have several more of these already in the queue. I hate the term genre fiction, but this focus on genre fiction has also led me to some contemporary books like The Grip of It by Jac Jemc and Foe by Iain Reid, as well as horror classics such as Shirley Jackson's The Haunting of Hill House and Richard Matheson's Hell House. I'm hoping to get several more books under my belt before the year end.

Tunes
I'm still coming up with melodies either somewhat on my own or stolen directly from someone else (the latter is more likely). Fortunately due to my limitations as a musician I'm not really capable of copying or covering a song. It's kind of like a child scribbling while trying to make a duplicate of the Mona Lisa. So while I might know what the original source or inspiration was, the actual notes played might only match up a little bit or not at all. And oh yeah, I got a marimba! That can be heard in the first "video" below called Demonic Possession.

Here are some recent favorites:

Email ThisBlogThis!Share to TwitterShare to FacebookShare to Pinterest
Be a Fan
Posted by Tanner Llewellyn at 7:31 PM