During the three weeks of Phish's Baker's Dozen Madison Square Garden residency - and for at least a week after - I listened to almost nothing but Phish music.  Mostly live recordings from that run as they were happening and then some.  I emerged from that binge with not just a modern love of Phish, but a sobering and possibly unprecedented drive toward musical exploration.  Here's a summary of where this is leading. 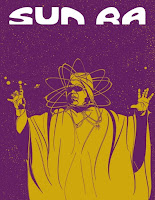 Sun Ra
Several years ago I acquired CD copies of Sun Ra's mid-to-late 70's albums Lanquidity, On Jupiter and Sleeping Beauty.  It's time to revisit those as well as some other Sun Ra records that have been released from Saturn, including In the Orbit of Ra, Jazz in Silhouette, Cosmic Tones for Mental Therapy, and Art Forms of Dimensions Tomorrow.  Bonus points to obscure albums where Sun Ra performs as a sideman:  Walt Dickerson's Impressions of a Patch of Blue and Billy Bang's A Tribute to Snuff Smith.  While on subject of Ra, it's time I ordered the Living Lanterns LP New Myth/Old Science.  This is sort of like a Sun Ra tribute featuring such heavy-hitters as Mary Halvorson, Tomeka Reid, Ingrid Laubrock and Tomas Fujiwara.  How bad could it be?

More Jazz
I love listening to vinyl records, but as I recently found out some albums like the Flaming Lips' Yoshimi Battles the Pink Robots have TOO MUCH BASS when played out of my Audioengine A5+ speakers.  Classic jazz, however, sounds great through those speakers.  Lee Morgan Sidewinder, Eric Dolphy Out To Lunch!, Horace Silver Song for My Father, and Bill Frisell Small Town are in the queue. 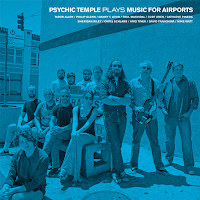 Jam-filled
I put on the 2nd LP of the Circles Around the Sun Interludes for the Dead record the other day, containing the tracks Kasey's Bones (side 3) and Space Wheel (side 4), and I don't remember this "background music" ever sounding so good!  There may be nothing new under the sun, but I still haven't found anything else that sounds quite like Circles Around the Sun.  However, just today I was poking around and discovered a recording called Psychic Temple Plays Music for Airports.  Remember that name.  Bang On A Can's interpretation of Brian Eno's Music For Airports is one of my all-time favorite CDs, so I was eager to hear this loose version which approaches it from a Miles Davis In a Silent Way point of view.  The 2nd track - Music for Bus Stops - is pretty killer too.

Continuing on; learning about Psychic Temple led me to a band somewhat associated with them called Invisible Astro Healing Rhythm Quartet.  Yep.  This needs to be listened 2!  I should also mention a brand new release by Spafford called Abaculus: An Improvisational Experience.  This recording follows in the one-track jamband album tradition pioneered by Phish's Headphones Jam and moe.'s Meat, and manages to sound on par with those two classics.  Lastly, this style of space jam music brings to mind Rhyton Kykeon and Khruangbin The Universe Smiles Upon You - both of which are worth returning to.

Kronos Quartet
Like Sun Ra, Kronos Quartet gets to headline its own category.  More alimentative than their counterparts Turtle Island String Quartet and Penguin Cafe Orchestra, Kronos Quartet is a group I probably had penciled in to listen to 20+ years ago in the pre-digital age but never quite got around to.  With albums like Pieces of Africa, Caravan, Music of Bill Evans, Monk Suite and the newly composed collaboration with The National's Bryce Dessner called Aheym, Kronos Quartet can open that classical door. 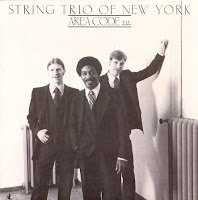 Classical-Lite
I'm pretty ignorant toward classical music, and, as such, I don't have a strict definition of what it is and what it is not. Nonetheless, late last night I went down a rabbit hole - determined to uncover some satisfying recordings in what you might call "contemporary classical".  The most rewarding find in that search appears to be Primal Light -- an album of Mahler music by Uri Caine.  It. Is. Trippy. (!) This search also led me to an Norwegian band called Jaga Jazzist, which sounds like a mixture of neo-classical, jazz and post-rock.  I was digging their album One-armed Bandit because it reminded me of Tortoise.  You could also put String Trio of New York, featuring Billy Bang, into this quasi-classical category.  They seem to have existed in an avant-garde area between chamber music and jazz.  Area Code 212 that is.

After going in this classical direction, I was reminded that quite a few years ago I had done similar research that left me with knowledge of Steve Reich's Music for 18 Musicians, Terry Riley's In C (as done by Bang on a Can), and the aforementioned Music for Airports.  Good stuff when the time is right.  Now there's a newish recording of In C by musicians from Mali (Africa Express) worth checking out.  Additionally, as a Phish fan I shouldn't ignore the fact that our very own Trey Anastasio has put out at least two classical recordings: Seis de Mayo and Time Turns Elastic.  How is it that I had never listened to Seis de Mayo until this morning?  That first track Andre the Giant is so good!

Regular Music
If regular music means artists who sing and perform songs in a rock n' roll and/or singer-songwriter fashion, then the two in that category who I am currently the most interested in would have to be David Bowie and Lucinda Williams.  Until recently the only David Bowie album I had ever listened to was Ziggy Stardust, and my primary Lucinda Williams familiarity was stuck on Car Wheels on a Gravel Road.  I'm ready to expand beyond those starting points.  Hello Low and Ghosts of Highway 20!  Shit.  I almost forgot, and it's kinda stupid to admit this, but Phish's cover of Everything in its Right Place from 8/4/17 prompted me to give Radiohead another spin, and for a few days there I listened to Kid A on repeat.  I get it now.  At least I think I do.  OK. 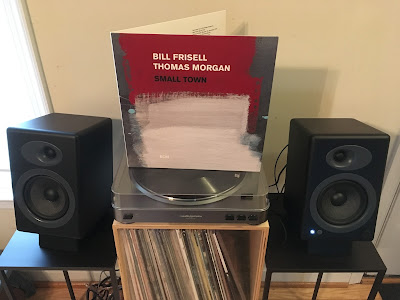 
Email ThisBlogThis!Share to TwitterShare to FacebookShare to Pinterest
Be a Fan
Posted by Tanner Llewellyn at 8:07 PM