The Four Albums Moving Me So Far in 2017

I haven't been putting a whole lot of effort into hearing new music this year.  By new I mean music being created now and put out in 2017.  However, there have been at least four albums so far this year that have broken through.

My favorite of those four is We All Break by We All Break.  Primarily a percussion album, We All Break combines traditional Haitian drumming with the avant-garde.  The band/concept of We All Break is the creation of Ches Smith, a New York city based jazz drummer.  Smith recruited Daniel Brevil and Markus Schwartz - two of his early traditional music mentors - to play the rada and petwo tanbou (Haitian drums) alongside adventurous piano player Matt Mitchell.  Ches Smith composed this music for drumset, two hand percussionists and acoustic piano.  The result is one of the best things I've heard in a long time.  I can't stop listening to it!

Another favorite this year is Norman Blake's Brushwood: Songs and Stories.  Norman is one of the most low-profile top-shelf musicians of the last 50+ years.  Now in his late 70's, this collection of 19 tracks is as good as anything he has done in his entire career.  Norman never was as flashy as his flat-picking counterparts like Tony Rice, but now in his elder years he has toned it down even more to a sage-like level of virtuosic, finger-picked minimalism.  For a reclusive, strongly Southern fellow, Blake frequently shares what might be seen as a progressive point of view, although this shouldn't come as a surprise to those that have been listening to his music over the last five decades.  The themes and subjects found on Brushwood are 100% within Blake's "Sulphur Springs" canon.  In that perennial timeline, these mini narratives are of equal value to Ginseng Sullivan, Last Train from Poor Valley, Billy Gray and Slow Train Through Georgia. 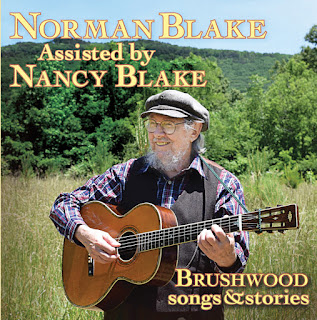 Next on my list is Salutations by Conor Oberst.  Over 50% of Salutations is a re-do of 2016's brooding solo demo Ruminations.  All ten songs from Ruminations plus seven additional ones make up Salutations, now with more polished full-band folk-rock arrangements (thanks to the Felice Brothers).  I'm more of a casual Conor Oberst fan than an ardent one, so this is the first recording of his that I have taken notice of since his 2008 self-titled gem.  This one has hooked me in pretty good though.  Taking the time to read along with the lyrics has further increased my appreciation of Salutations/Ruminations.  His use of words warrants comparisons to artistic minds of previous generations. 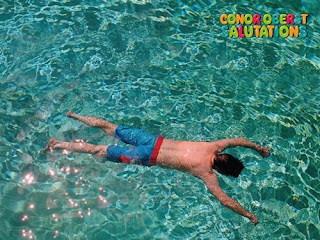 The only other new recording I can think of that I've been seriously grooving to is by a local Richmond, VA band called Afro-Zen Allstars.  Despite its title, Greatest Hits is the long awaited debut by this 8-piece+ that channels the psychedelic-soul sounds of 1960's/70's Ethiopia and Zimbabwe.  With horns at the forefront, Afro-Zen Allstars' tunes frequently jump out out of the gates with arresting melodies, but also have a way of settling into reflective jams - hence the "zen" part of the band name.  The all star band members are cut and pasted from several renowned RVA groups of the past and present, including Bio Ritmo, No BS! Brass, Hotel X, Rattlemouth, and more.  Sometimes it's best to start hyper-local in your search for music and then branch out from there.

I'm hoping to add more to this list as other new releases creep into perception.


Email ThisBlogThis!Share to TwitterShare to FacebookShare to Pinterest
Be a Fan
Posted by Tanner Llewellyn at 10:40 AM