The Jazz Pirates and other sources for Caribbean melodies

In my previous post I mentioned how the Etcetera String Band and now Martiniquan musician Kali have become primary sources in the ongoing search for Caribbean trad tunes.  I also want to recognize a Swedish ensemble called the Jazz Pirates who are proving to be a great resource.
I don't know much about the Jazz Pirates other than that their clarinetist Lasse Collin has uploaded hundreds upon hundreds of lead sheets for "jazz age" type tunes along with home-made jam recordings and YouTube videos of the Jazz Pirates playing them.  The Jazz Pirates feature a tenor banjo as a chord instrument, while Collin plays the melodies and improvises on clarinet.

I've only just begun perusing the list of lead sheets in the Jazz Pirates' New Orleans Jambook, but have already found several Creole/Caribbean tunes including Adieu Foulard, Black Orpheus, Ce Filon, Femme Matinik Dou, Touloulou, and West Indies Blues.  For reasons I can't understand - it has something to do with Bb instruments vs. C instruments - the lead sheets are a whole step off from the audio, so I just saved the files and adjusted the pitch so that they would line up with the written music.

Another group who has recorded many tunes from the French West Indies is the Panorama Jazz Band of New Orleans.  Not surprisingly, they also have a tenor banjo in the band.  I enjoy listening to their hot jazz versions of Serpent Maigre, Mettez I Dehro, Pani Ti Mou, Asi Pare, and Ba Moin En Ti Bo to hear alternate takes on these classics. 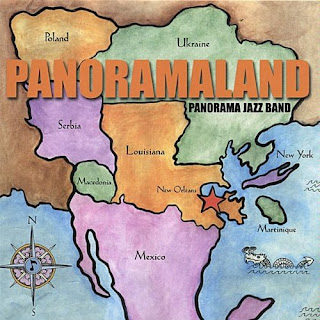 Still another musician who draws from Caribbean sources is Leyla McCalla.  Even better...she plays them on cello and tenor banjo!  Leyla has recorded several Haitian folk songs on her two albums thus far.  Her debut Vari-Colored Songs features Latibonit, Kamen Sa W Fe, ManMan Mwen, Mesi Bondye, and Rose Marie.  The followup - A Day for the Hunter, A Day for the Prey - contains Fey-O, Minis Azaka, Peze Cafe, and ManMan.  Of these, at the very least, Kamen Sa W Fe is going to be a favorite of mine to play on my own.
When thinking of the 4-string banjo in Caribbean music, it doesn't hurt to include Jamaican Mento.  Mento songs don't always make for the best "tunes", but Jamaican 4-string banjo greats like Nelson Chambers of the Blue Glaze Mento Band and Moses Deans of the Jolly Boys are musicians worth checking out and returning to for inspiration. 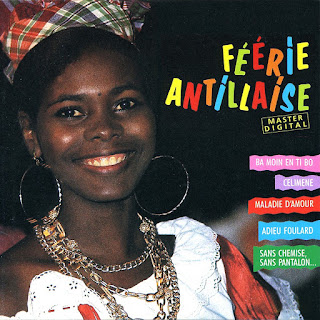 Lastly, I've been digging something called Zouk Vol. 1: Féérie Antillaise by Honoré Bienvenu Et Son Orchestre.  I'm not sure what this is or who they are, but there are some strong melodies on here, one of which called Mi Un Marchand De Mangue I actually figured out by ear.


Email ThisBlogThis!Share to TwitterShare to FacebookShare to Pinterest
Be a Fan
Posted by Tanner Llewellyn at 12:11 PM