Ethnomusicologist, performer and banjo player Dr Daithí Kearney was kind enough to answer some questions pertaining to Irish traditional music. Read on for the Q and A. 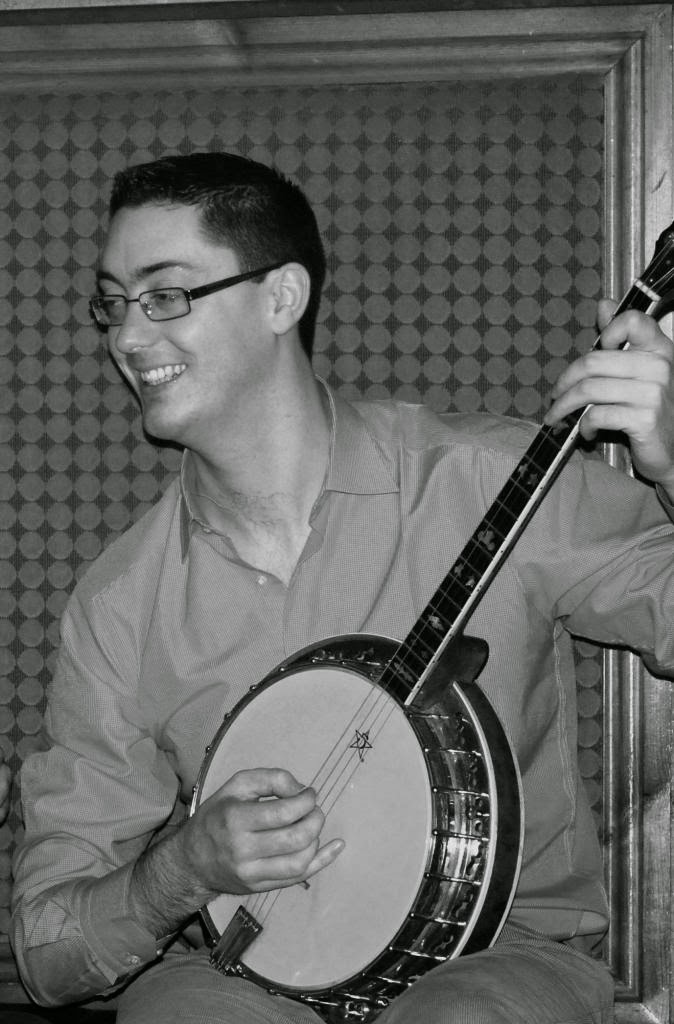 Your Midleton Rare CD with John Cronin has been described as a celebration of the Sliabh Luachra sound. How is the music of Sliabh Luachra different than the music of other regions of Ireland?
I believe that the difference lies primarily in the rhythm. It is not just that polkas and slides play a more prominent role here than in other parts of Ireland as, even in the jigs and reels, there is a slightly different emphasis. There is a particular repertoire that can sometimes be described as 'deceptively simple' that has great life when played in the style.

How does the banjo fit into this style?
I think that it adds a great punch. Because rhythm is so important, the banjo can latch onto that rhythm and while it might not achieve all of the subtleties of what was primarily a fiddle tradition, it can listen to the dancers' feet and enhance the rhythmical feel of the music.

It is fair to say that East Cork is not as recognised for music as Clare or some other western counties but this hides the wonderful activities going on there. There are a number of great session pubs in East Cork and West Waterford and branches of Comhaltas, as well as some other teachers, are doing great work to promote Irish traditional music in the region. I myself studied music at UCC and spent a number of wonderful years in Cork City where I had a choice of sessions each night, not to mention regular gigs by great artists. Cork City is, in my opinion, exceptional for music and there are great musicians who play regularly.

For an adult improver, do you think there’s a “right way” (as opposed to a “wrong way”) to go about learning Irish traditional music?
Firstly, listening is key. Books are a wonderful resource and there are helpful online resources now also but, where possible, the best way to learn is to play with experienced musicians and learn from them. Summer schools are attended by a lot of adult improvers and there are more and more workshops offered, not just in Ireland. Sometimes it only takes a little bit of constructive criticism from an experienced teacher to overcome challenges.

Is the playing of Irish music really as simple as knowing how the tune is supposed to sound and then finding those notes on your instrument?
No, I don't think so. Despite some commentary that might suggest otherwise, there is still great diversity in the approaches to performing Irish traditional music and I would value a personal style of a musician who has taken the time to explore the potential of their instrument. I also believe that the stories of the music are an integral part of the tradition and knowing why a particular tune holds special meaning for people can add to the significance of the tune. Tunes hold memories and while one may perform the notes very well, placing these notes in the context of performances by musicians in the past is at the core of the meaning of 'tradition'.

For the visiting American musician who has an interest in taking part in sessions in Ireland, what are some things to be mindful of?
Try and get a sense of the session before joining in. It is too simple to provide one definition of a session. Some are essentially gigs and some involve people who will be more receptive to people joining in than others, regardless of who they are or where they come from. Taking the time to chat to the musicians or listen a little before joining in could make the experience more enjoyable for all involved.

Any plans for a follow up to the Midleton Rare album?
Midleton Rare was a wonderful experience that came about from playing regularly with John in Midleton, Co. Cork. Unfortunately, in this context, shortly after recording the album I moved to Co. Louth to take up a position at Dundalk Institute of Technology. I am delighted to say that I have settled into my employment here but this means that another album with John is increasingly unlikely. However, I continue to perform and have a number of projects lined up. I am currently working on an album inspired by the musical traditions of Co. Louth with Piano Accordionist Adèle Commins and also hope to record with the DkIT Ceol Oirghialla Traditional Music Ensemble (of which I am currently director) in the near future.

You can read more about music at Dundalk Institute of Technology (DkIT) and the traditional ensemble there at: https://www.dkit.ie/music/performing-groups-ensembles/ceol-oirghialla-traditional-music-ensemble.


Dr Daithí Kearney is a lecturer in Music at Dundalk Institute of Technology, Section of Music and Centre for Research in Music. His research is primarily focused on Irish traditional music but extends to include performance studies, community music, music education and the connection between music and place. His PhD concentrates on the construction of geographies and regional identities in Irish traditional music and his research interests include the negotiation, mediation and construction of identities through music and the relationship between music and place. In 2012 Daithí released an album with Cork accordion player John Cronin entitled "Midleton Rare", which is related to a wider research project on the music and musicians of the Sliabh Luachra region. In 2013 he performed with Southbound at the National Folk Festival of Australia. Daithí recently completed a term as chair of ICTM Ireland and is currently a committee member of the Society for Music Education in Ireland.
Email ThisBlogThis!Share to TwitterShare to FacebookShare to Pinterest
Be a Fan
Posted by Tanner Llewellyn at 6:16 PM