This year’s Best Of list is marked by the inclusion of several debut and one-off recordings from recently formed ensembles, as well as small-bands featuring just two or three members; although a few old favorites did once again make the cut.  Also notable this time around is a turn toward the noisier, freer, more avant-garde side of the musical spectrum, alongside groups representing traditional Appalachian and Irish music. 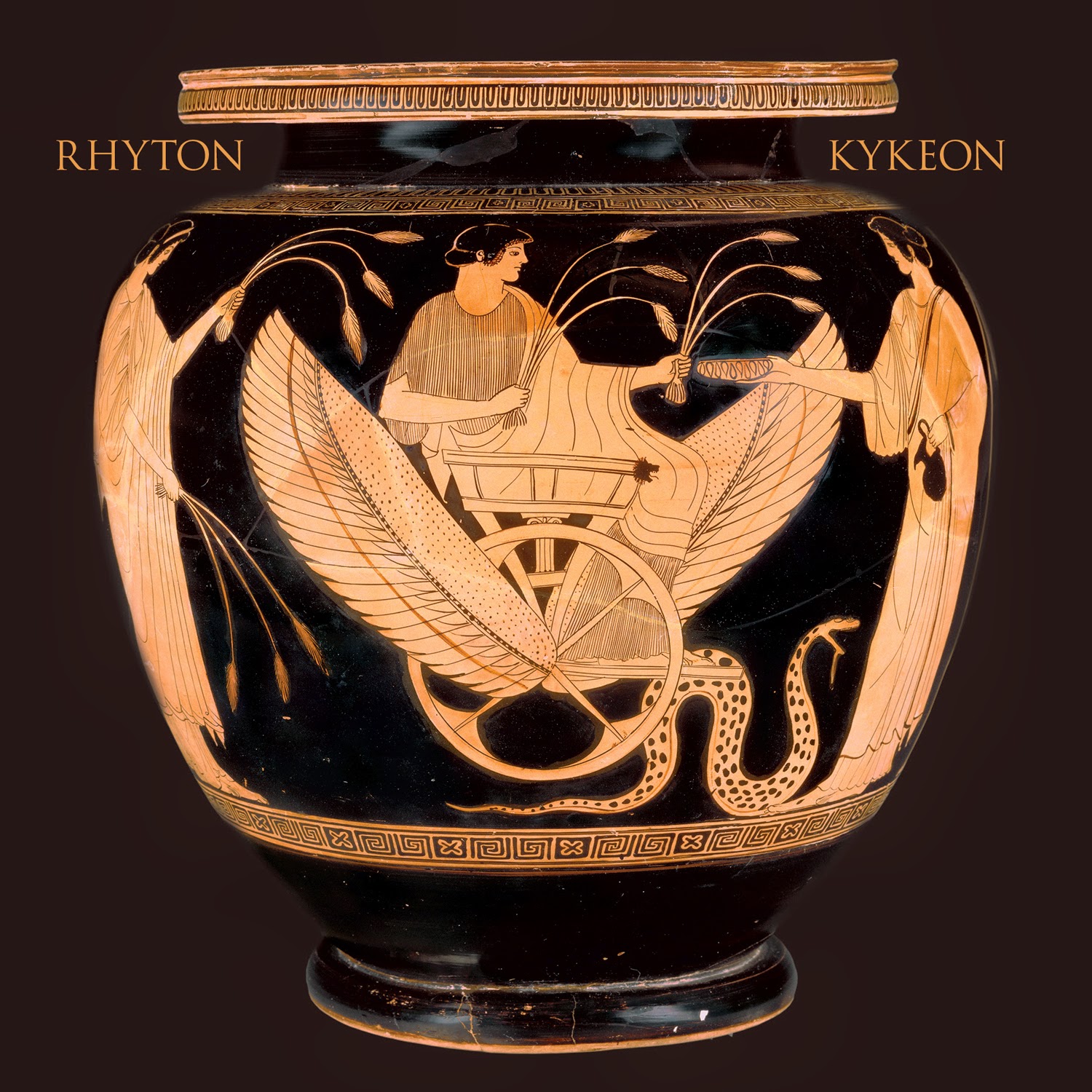 Rhyton - Kykeon
Rhyton is a Brooklyn-based instrumental trio with a jammy, Mediterranean sound.  They take simple, exotic scales and motifs, and build them into full-blown psychedelic compositions.  For about the first minute of Kykeon, their newest release for Thrill Jockey Records, it sounds as if Rhyton are adjusting the dial, re-calibrating their connection to the faucet from which music springs, until they are synced up with the live stream, where they remain tuned for the next 40 minutes of mellifluous elevated prime, until being pulled back down the sonic wormhole from whence they came.  These improvisational meditations are bolstered by Dave Shuford's use of unique instruments such as the Egyptian doumbek, the Turkish electro-saz and the Greek bouzouki...and his bandmates' bass and drums.  Rhyton falls somewhere between jamband, post-rock and indie-world music.  At times it sounds like they are channeling the same spirit that would have infused the Grateful Dead at one of the late 60’s Acid Tests.

Mary Halvorson, Michael Formanek, Tomas Fujiwara - Thumbscrew
This album of free improv avant-garde jazz rocks with a heavy metal attitude.  Mary Halvorson is one of the most exciting guitarists/musicians/composers to come along in any genre right now, and on Thumbscrew she's matched up with the equally skillful Michael Formanek, bass and Tomas Fujiwara, drums.  Constantly shifting, this music is too cohesive to be fully improvised, yet too feral to be entirely composed. But, that's just the magic of three great listeners working in tandem.  If you find it hard to jive with Thumbscrew's inverted groove just give it time.  Soon you'll be addicted. 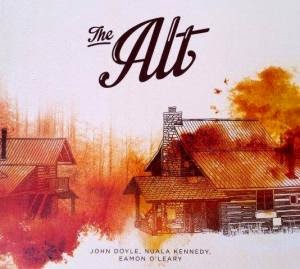 The Alt - The Alt
The Alt is the debut album by a newly formed Irish-folk trio featuring John Doyle, Nuala Kennedy and Eamon O'Leary; a super-group of sorts, that, not surprisingly, excels at upcycling songs.  Each member takes a turn at lead vocals, giving the album a nice flow, interspersed with a couple strong sets of tunes, because they can.  Nuala Kennedy has a voice that is reminiscent of Nanci Griffith, Eamon O'Leary (one half of the Murphy Beds) is a master of the ballad, and John Doyle is an exceptional interpreter of story songs. Instrumentally, Doyle and O'Leary are stringed-instrument whizzes; the perfect accompaniment to Nuala's expressive flute playing.  The Alt takes its name from a mystical glen, or chasm, on the slopes of Knocknarea in County Sligo. 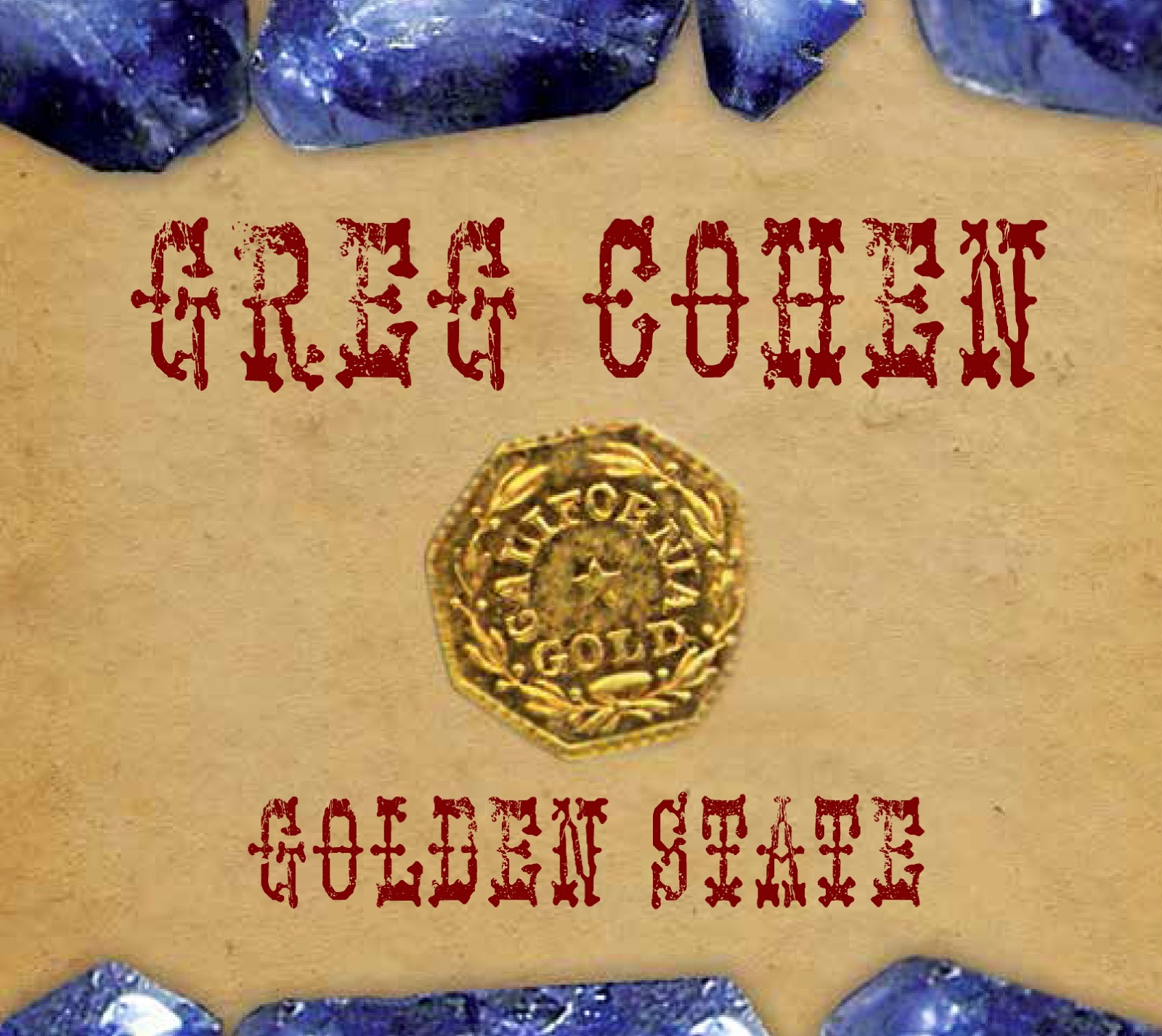 Greg Cohen - Golden State
Greg Cohen is the long-time bassist for John Zorn's Masada. On this straight-ahead jazz outing, he teams with guitarist Bill Frisell to present 9 tracks inspired by the nature and landscape of California - 6 Cohen originals and 3 standards. This is a stripped down, minimalist album - just Cohen's acoustic upright bass and Frisell's unusually clean, non-distorted electric guitar. Recorded in one studio session on December 3, 2012 in Brooklyn, NY. An instant classic.  If you like this kind of music. 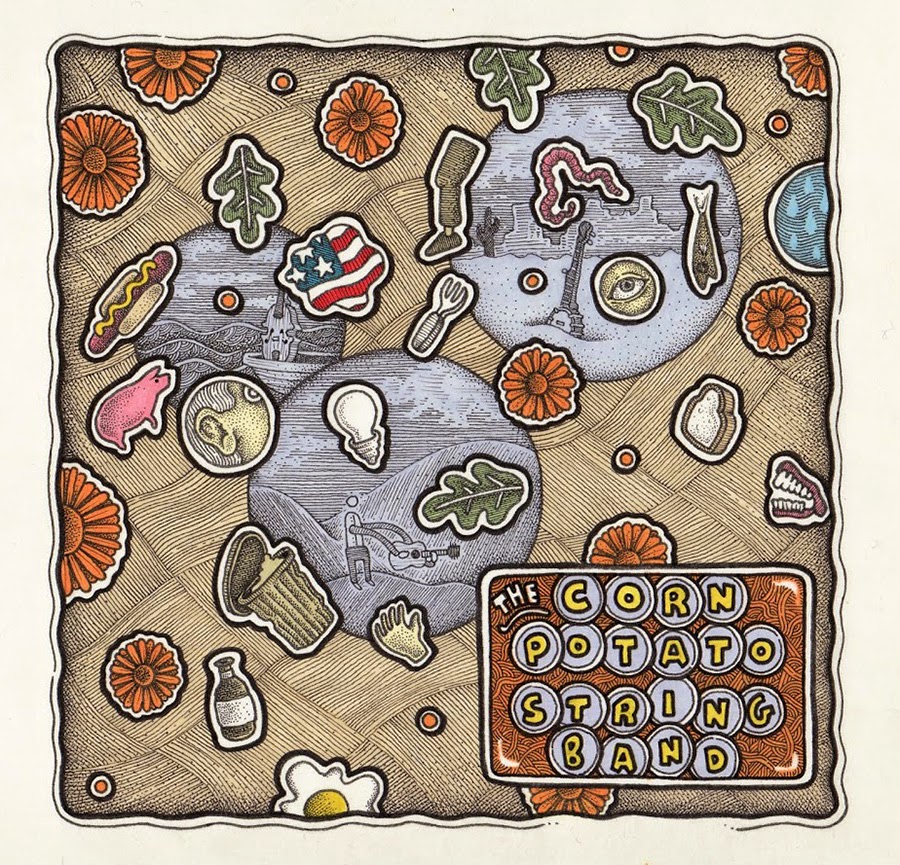 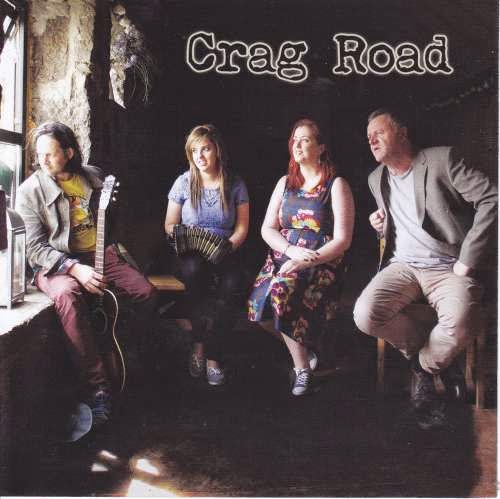 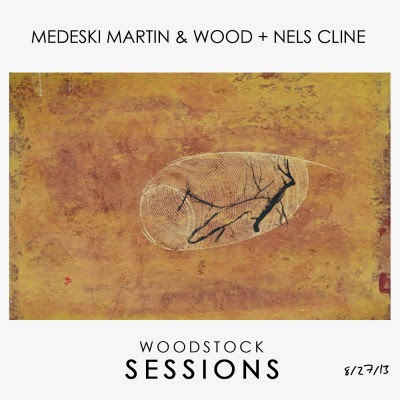 Medeski, Martin and Wood + Nels Cline - The Woodstock Sessions, Vol. 2
Nels Cline's affinity for noise and MMW's proclivity for groove are a match made in, well, a highly hip heaven.  The famed trio that merged jazz with jam has shifted their personality slightly on this release to match Cline's frenzied energy.  While MMW with guitarist John Scofield (as heard on this year's excellent Juice) may be like chocolate and more chocolate, MMW with Cline is like chocolate and cheese - a curious meeting of tastes.  Every listen to this highly improvised album reveals more than before.  Recorded live on August 27, 2013 at Applehead Studios in Woodstock, NY.

The Hot Seats - Grandad's Favorite
The same breakneck speed, wittiness, and slightly blue attitude we've come to expect from these RVA lads is well showcased on Grandad’s Favorite, but this time the balance of songs and tunes might be the best they've ever assembled. Play this one for your granddad. It’s sure to be his favorite. 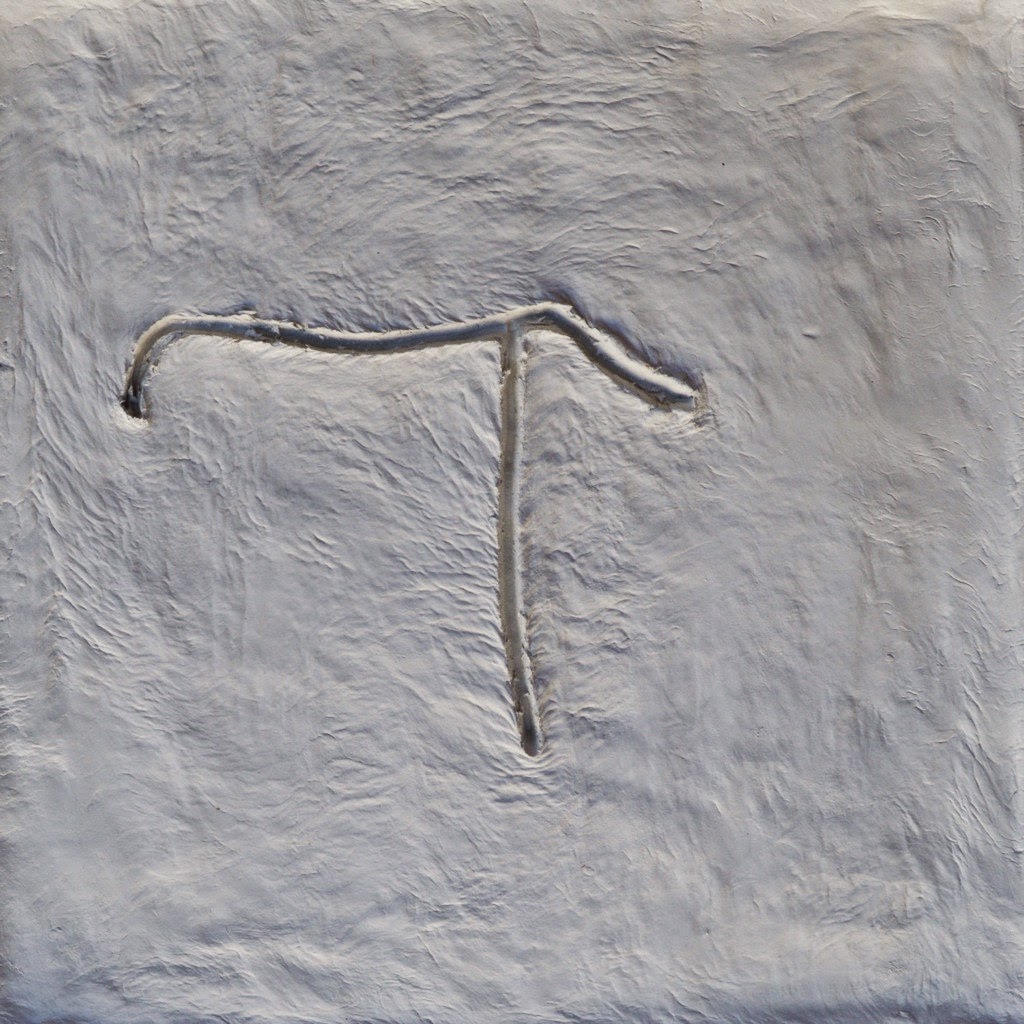 Xylouris White - Goats
Xylouris White is the unusual collaboration between Cretan lute player Giorgis Xylouris and rock/free jazz drummer Jim White (Dirty Three). On Goats, their debut album, they use Greek folk music as the foundation for rock-minded improvisations. Goats was produced by Fugazi’s Guy Picciotto, who describes the recording process like this: “Rather than trying to capture a perfect ‘version’ of a tune, they listened to each other playing and that real-time, in-the-moment communication and shaping is what made each take distinct”. The result is much more than just Cretan melodies and rhythms combined with rock drumming and a rock aesthetic.  Simply put, it’s two virtuosos coming together to fluidly create something entirely new. 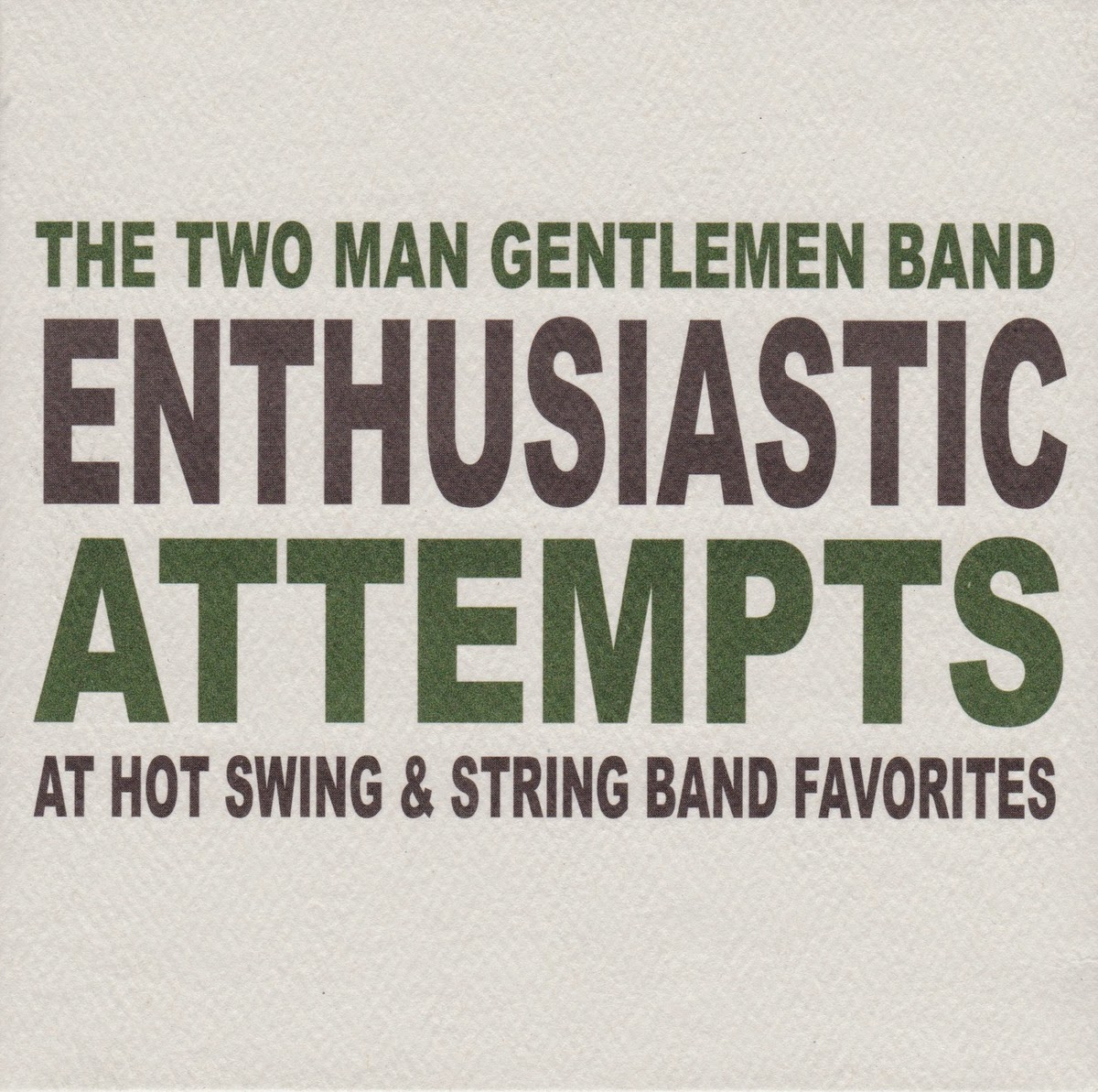 The Two Man Gentlemen Band - Enthusiastic Attempts at Hot Swing and String Band Favorites
Andy Bean and Fuller Condon have become increasingly better instrumentalists, now able to solo with the best of them. So, instead of the usual (humorous, original songs that sound like they could be from yesteryear), The Gentlemen tackled a selection of classics from the hot jazz and string band era. They receive some help from Brian Kantor on drumkit as well as members of the California Feetwarmers, adding clarinet, accordion, guitar and plectrum banjo to these cuts, which were recorded around one microphone.

Email ThisBlogThis!Share to TwitterShare to FacebookShare to Pinterest
Be a Fan
Posted by Tanner Llewellyn at 7:57 PM