Musician and writer Daniel Hales' short, jagged prose poems feel like the offspring of a jazz improviser and a cold November day.  His cryptic wordplay works best not when the reader finds something to identify with, but when it implants images and associations that wouldn't have come to mind otherwise. 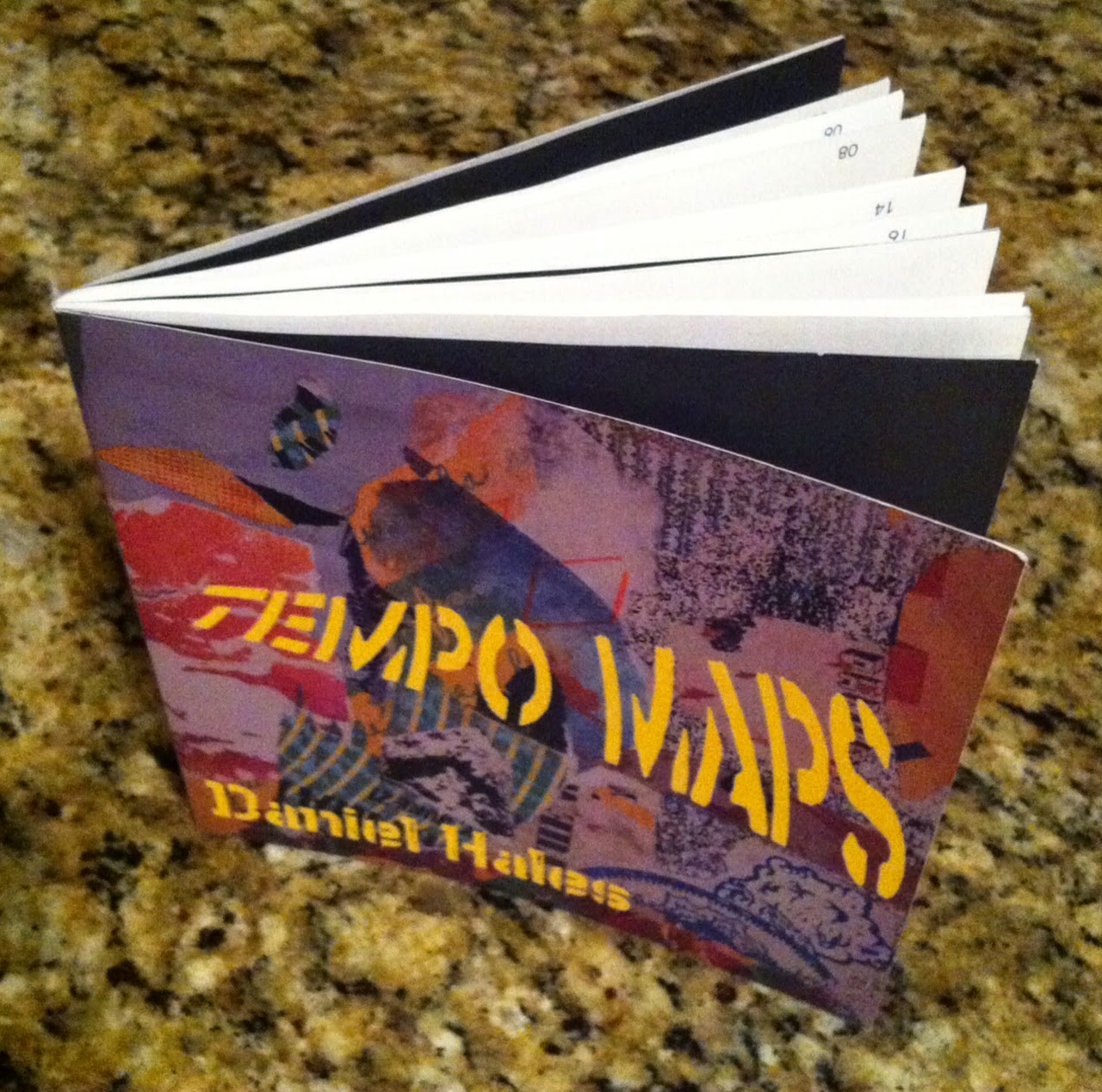 Daniel's new book of poetry is called Tempo Maps, from ixnay press.  You can start at the front or the other front...it has two alternate beginnings that both end in the middle, or something like that.  The book comes with a CD of Hales reading the poems, interspersed with short instrumental interludes.  Here's a selection from the book.

The little league field seen from the top of Tuckerman's tower is a removed wedge, a pale green sheath (like a sacred grove in a fantasy novel's centerfold map).  The hometown bench is a silver bar where six boys tasted High Lifes one night dotted with fireflies.  Later, two of these boys are men that buy their wives the exact same set of lavender-cedarwood candles.  Another one worries that his cassettes are dying a little more each winter out in the garage.  Another wonders why he can't find the post office's number in the phone book.


Back in September, Daniel Hales shared his list of the Top Ten Prose Poetry Books on ggandrews.com; a list that included works by Russell Edson, Francis Ponge, Julio Cortazar, Italo Calvino and Louis Jenkins, as well as some equally talented but lesser known writers.  This list has proven to be invaluable in my discovery of poets in this style.


Email ThisBlogThis!Share to TwitterShare to FacebookShare to Pinterest
Be a Fan
Posted by Tanner Llewellyn at 8:50 PM