One of the fun ways of using a music streaming service like Spotify or Rhapsody is to search for random, far out titles. For example, last week I had a hankering to hear more exotic sounding folk music from around the globe, so I created a huge playlist populated by albums that came up via searches for words like "Balkan", "Cretan", "bouzouki", "musette", "balalaika", "Turkish", "Middle Eastern", "Oriental", "Romanian", "Arabic", "pasodoble", "ngoni", "marimba", "choro" and so on. Anything I could think of in that vein.  I put it on random play and one thing I universally liked each time it came up were tracks from this generic looking album called Cretan Melodies - Instrumentals. 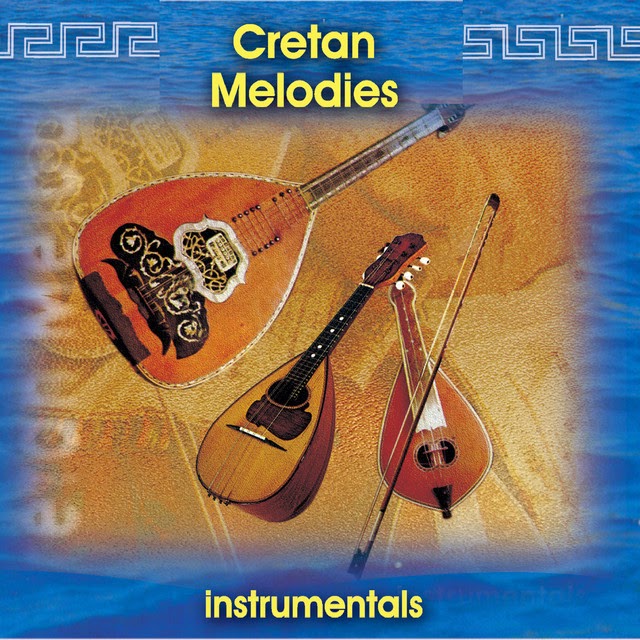 It says the album is by Vangelis Pytharoulis.  I have no idea who this is and I haven't been able to find anything out about this album. I just know I like the sound of it. Crete is an island that is part of Greece, but Cretan music is different than Greek music; it has a mixture of Mediterranean and Middle Eastern influences and probably some African and Oriental influences as well. It's kind of like everything I was looking for in that search all rolled into one.  One of my favorite albums of 2014 was Goats by Xylouris White, which is based on Cretan folk music, but with a more avant-garde flair. The presumably traditional music on this Cretan Melodies album had a lot of similarities to Goats but of course with a more indigenous sound.


These Cretan tunes run together in long, hypnotic medleys. Having never listened to this music until recently, and never having tried to play it before today, I wasn't sure what would happen but within a few minutes of trying to play along with the first tune on the album - called Esvis aeras to keri (sp?) - I was playing along with it! The time signature and rhythm may be different, but it was definitely using the D major scale, although it wanted to resolve to B so maybe it was B-Aeolian?  (see recording above). Looking forward to delving deeper into this album of Cretan music.

My search also uncovered some interesting Bal Musette and Middle Eastern gems, so I hope to cover those in future posts.


Email ThisBlogThis!Share to TwitterShare to FacebookShare to Pinterest
Be a Fan
Posted by Tanner Llewellyn at 9:08 PM