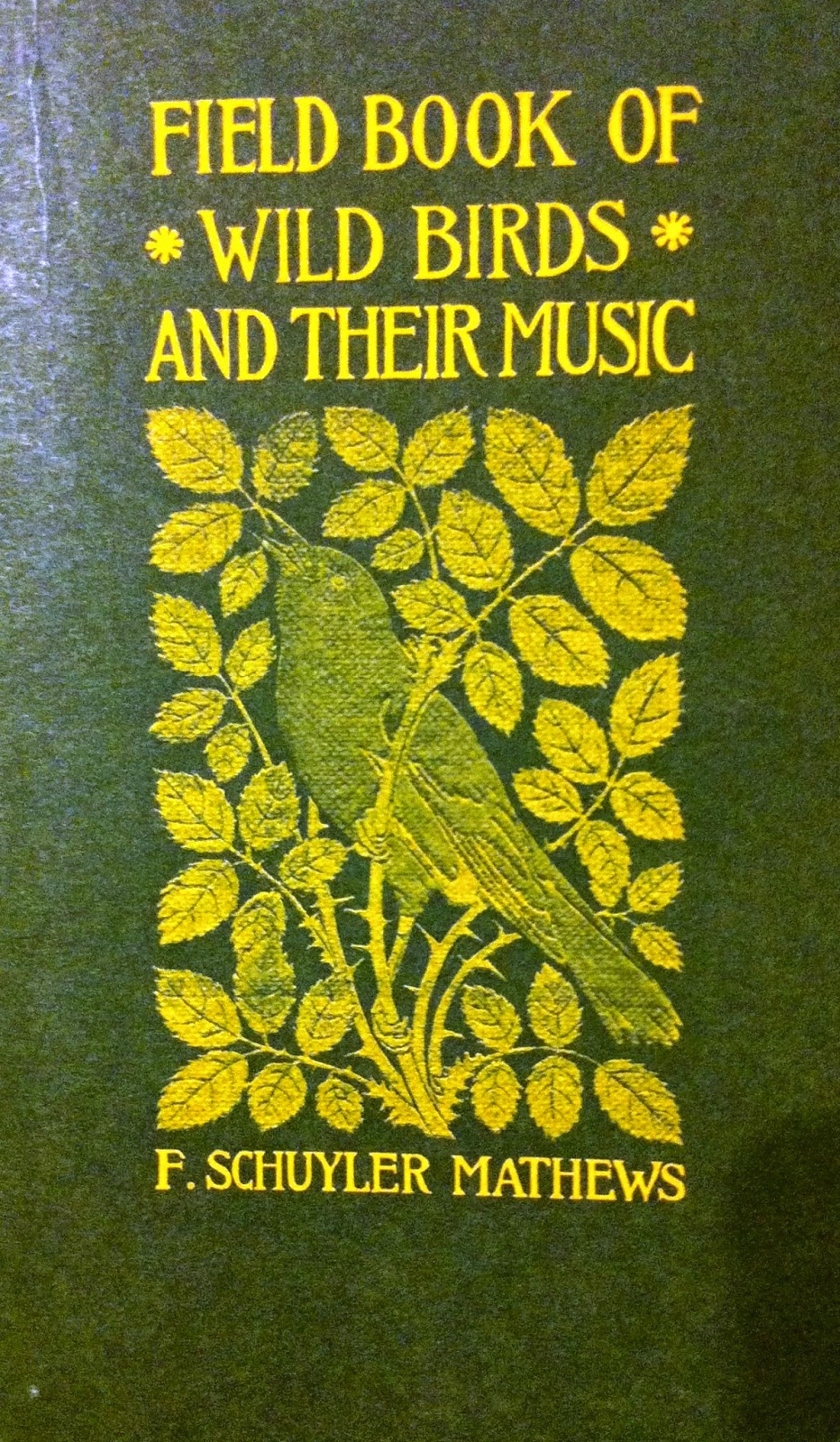 Last month I became aware of a book called Field Book of Wild Birds and Their Music by F. Schuyler Mathews, first published in 1904.

Mathews was a naturalist who combined his love of birds, composition, art and writing to produce this collection which captured – in music notation – the songs of over 80 bird species he encountered in the woods and countryside of New Hampshire, now more than 110 years ago. In addition to the musical transcriptions, Mathews provided illustrations and often poetic descriptions of the birds themselves.

At the time that Mathews was putting this collection together, there were no portable field recorders. He would have had to transcribe in real time using only his ears – a skill requiring a trained aural recognition and attentive, precise, listening.

Although they are natural songsters, birds have little regard for the rules of music, choosing to compose pieces that don’t resolve to the tonic or fall onto the exact pitches of the 12 musical notes!  Schuyler praises the chickadee for its “perfectly musical bit”, and when necessary, does his best to notate the bird-music that needs a little fudging one way or another.
Nonetheless, Mathews, found that the bird not only possesses an ear for music but the mind to produce it. “His capacity for simple melody, his technical mastery of tone intervals and note values, his phrasing and his brilliancy as a performer, are certainly not exceeded by any vocalist of nature. The truth is, the bird is an accomplished singer who cares less for conventional rules than he does for the essence or the soul of the music; but above all he succeeds in inspiring his listener. What more, may I ask, could be expected of a musician?”

Email ThisBlogThis!Share to TwitterShare to FacebookShare to Pinterest
Be a Fan
Posted by Tanner Llewellyn at 7:23 PM