In his book Primacy of the Ear, Ran Blake recommends the creation of a personal listening recording that exemplifies your musical direction and illuminates areas in which you especially need work.  Blake says that each selection should be short -  one or two minutes at the longest.  These are not just melodies to memorize; it's your own personalized soundscape.

Inspired by this concept, I created a playlist consisting of snippets of Grateful Dead, Phish and Medeski, Martin and Wood songs.  I've uploaded the audio as one long track.  I've also posted the snippets to YouTube as two different "videos".  Read on for the song list sequence. 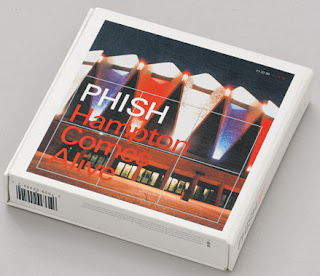 Medeski, Martin and Wood
Satan, Your Kingdom Must Come Down "head" - Radiolarians III
Where's Sly? "head" - It's A Jungle In Here
Is There Anybody Here That Loves My Jesus intro - Shackman

Email ThisBlogThis!Share to TwitterShare to FacebookShare to Pinterest
Be a Fan
Posted by Tanner Llewellyn at 10:00 PM