My old-time music listening is often focused on the specific tunes I’m trying to learn...either through play along tracks, YouTube videos or field recordings.  No officially-released old-time albums have made their way onto my all-time favorite list yet, although some are starting make an impact.

I don’t need to hear singing in old-time and actually prefer just straight-up tunes.  When there are lyrics in old-time, I can appreciate that they are usually secular and nonsensical, but to me it’s more “Zen” when it’s strictly instrumental.  So the old-time albums that appeal to me the most are ones where it’s just tunes, no vocals.

The old, scratchy source recordings of fiddlers that others hold so dear are not quite as relevant to me I guess – a tenor banjo plucker.  I suppose I'd rather hear consistent, high-fidelity recordings by more contemporary stewards of the music.  Sacrilege?

I'm looking for something in between those historic recordings of influential, guru fiddlers, and the newer recordings of festival-style string bands like Bigfoot or Light and Hitch that specialize in a driving, rhythmic and muddy concept of old-time.  I'm in search of a more subtle, minimalist, creative approach that captures the harmonics and musical interplay between a couple unison instruments.

That's why I prefer more recent, instrumental, duo recordings of old-time music.  As a plus, I'm open to projects that differ from the classic "fiddle and clawhammer banjo" tandem in favor of more unique combinations of instruments.

Two recent albums - Mrs. Maxwell by the BriarPickers and The Bellow and the Bow by Bertram Levy and Kirk Sutphin - as well as one recently rediscovered gem - 2005's Appalachian Mandolin and Dulcimer by the late Butch Baldassari and the late David Schnaufer - meet all the criteria I'm looking for in old-time music. 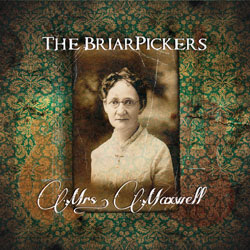 Mrs. Maxwell is the work of two musicians - Brian Ray on mandolin and Paul Kienitz on fiddle - a home recording done live with no overdubbing.  It's a great selection of old-time tunes interpreted through the challenge and freedom of a mandolin/fiddle duet.  The BriarPickers describe themselves as "Rustic Chamber Music", which is an accurate description of their somewhat refined vision of traditional music. 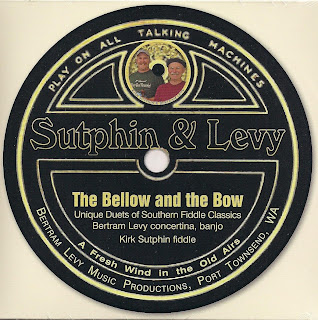 The Bellow and The Bow is the only old-time album I know of featuring anglo-concertina as one of the lead instruments. The concertina is played by old-time music veteran Bertram Levy, also a distinguished stringed instrument player who, in this case, focuses on "a bunch of harmonicas in a box with buttons". Levy is joined by Kirk Sutphin, a leading reincarnator of the Tommy Jarrell style of fiddling and the Fred Cockerman or Charlie Poole style of banjo playing. What you have is meticulously authentic southern fiddle or banjo playing paired with concertina. Good stuff. 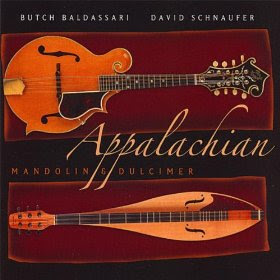 Finally, in search of another potential favorite old-time album, I went back through my iTunes to re-discover Appalachian Mandolin and Dulcimer by Butch Baldassari and David Schnaufer. Sadly, both of these musicians have passed away since this was released in 2005, but this remains an important reminder of the potential for expression within the traditional music of the Appalachian Mountains. Like the other two albums mentioned here, this is just straight-ahead live playing. David Schnaufer described the CD as..."a musical conversation performed on vintage and contemporary instruments in settings to showcase the rare archaic harmonies of these lonesome and eternal themes".

Those are three examples of old-time albums that have begun to strike a chord and resonate with me.  There's more I could mention and I hope to discover more as time goes on.  Got any suggestions???
Email ThisBlogThis!Share to TwitterShare to FacebookShare to Pinterest
Be a Fan
Posted by Tanner Llewellyn at 7:54 PM