There's a concept, originating in Jamaica, called Livity - that there's an energy flowing through all people and living things. Practitioners strive to live harmoniously with the environment by eating Ital.

Ital means natural, organic, from the earth, food in its original state. It's similar to a vegan diet but more encompassing, like a code of conduct or style of living. The idea is that eating pure and natural food increases one's bond with earth and nature and therefore increases Livity.

In addition to avoiding meat and most, if not all, animal products (cow's milk, butter, cheese, eggs), those eating Ital avoid processed food, additives, preservatives, flavorings, canned foods, even salt, believing that salt intake reduces one's ability to feel the spirit because salt repels the spirt. 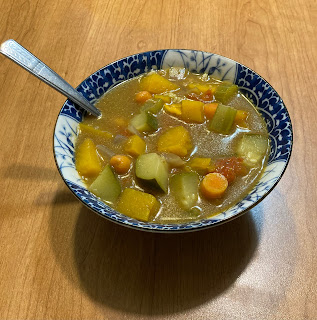 Italists also abstain from alcohol, knowing that alcohol clouds the mind and has destructive effects on the body. They also limit or exclude caffeinated beverages such as coffee and soda, preferring herbal tea and natural liquids/juices.

I want to return, for a moment, to the exclusion of alcohol. In our language we already have a word for a person that does not eat any food derived from animals: vegan. However, we seem to be lacking a cool word for someone that does not consume alcohol. The best terms we have are "teetotaler" or "non-drinker". This doesn't do it for me.

That's why I like Ital as something you can hang your hat on. Not only is it a variation on vegan, like a vegan+ (rejection of consumerist society, rejection of the Standard American Diet, a borderline spiritual practice), but it also provides a foundation or platform for those that want to fill in this blank: meat is to a vegan as alcohol is to a ____________. It takes two separate practices - abstinence from animal products and abstinence from alcohol - and blends them into one belief system has no interest in acts or behavior that curtails Livity.

Email ThisBlogThis!Share to TwitterShare to FacebookShare to Pinterest
Be a Fan
Posted by Tanner Llewellyn at 9:30 AM