Last month I finished reading all of the currently published Harry Bosch novels by Michael Connelly. It was a great stretch of 22 consecutive books including the two latest ones where Bosch co-headlines with new character Renée Ballard. Once I was about 5 or 6 books in I knew that Bosch books were pretty much all I was going to be reading until I had finished them. Now that it's done I'm wondering what's next?

I tried a couple obvious choices before landing on something I could really enjoy. Naturally I first gravitated to Robert Crais, whose Elvis Cole / Joe Pike series is one of the most commonly recommended for Bosch readers. It's also set in Los Angels and there are 18 or so books in the series, but I found Crais' writing style to be too glib or flippant for my taste. I just can't see myself digging into this series in a satisfying manner.

Next I tried a couple Harry Hole books by Norwegian writer Jo Nesbø. (Note: For the pronunciation of Hole, think of the Hawaiian word "hula"). This series wasn't quite to my liking either. Too many filler tangents and awkwardly forced scenes presumably there to serve the plot. I found myself asking why do I care? This has kind of put me off of the whole Nordic Noir thing, although there are surely some other Scandinavian mystery authors that I should check out. 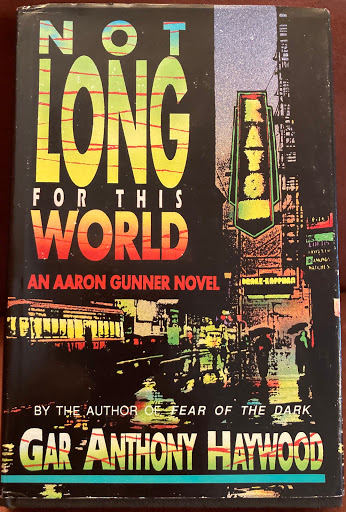 Fortunately, I then happened upon the Aaron Gunner series by Gar Anthony Haywood. I'm on the third book of the seven and will definitely go through the remainder over the coming weeks. This series is not very well known so you don't see it recommended a whole lot as something to fill that Michael Connelly (Bosch) jones. Comparisons to Ross Macdonald's Lew Archer series are more common.
Haywood's character Aaron Gunner is African-American private detective and the series takes place primarily in the black neighborhoods of South-Central Los Angeles, beginning in the late 1980's and continuing before and after the 1992 LA riots. After an almost twenty year drought, book number 7 in this series Good Man Gone Bad was published in 2019. Hopefully there will be more books in this series.
Speaking of Ross Macdonald and his Lew Archer series, it might be time to check out some classic crime writers such as Ross Macdonald or Ed McBain and possibly Elmore Leonard. I have books picked out by each of these authors, all from the 1970's as a matter of fact. More on that later.
Email ThisBlogThis!Share to TwitterShare to FacebookShare to Pinterest
Be a Fan
Posted by Tanner Llewellyn at 8:52 AM