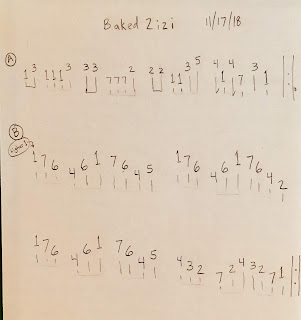 I had a goal of writing just one tune the week I was in Asheville earlier this month.  On the drive down we listened to the Phish 10/31/18 Halloween set and during the third set in both Tweezer and a A Song I Heard the Ocean Sing there were cool melodies being played during the improvisational Type II jamming, and I made a mental note and even some had some phonetic lyrics to go with the sounds.

Once we got to Asheville I realized how close where we were staying was to Helen's Bridge - the most haunted place in Asheville according to local folk lore.  I knew I wanted to title this yet to be written tune Helen's Bridge.  The first full day we were there I worked on trying to write something, but I was a little hung over and nothing came of it.

After a good night's rest, I woke the 2nd morning before dawn and jotted down the following song titles to think of as inspiration: Down in the Willow Garden (Red Clay Ramblers), Cold Blows the Wind (Ween), All of These Dreams (Phish), Peggy-O (Grateful Dead), Been All Around This World (Grateful Dead), Blackberry Blossom (Bill Frisell version), Off To Sea Once More (Jerry Garcia), As I Went Out One Morning (Bob Dylan), Far Far From Me (John Prine), Moma Dance (Phish), Wayside/Back In Time (Gillian Welch), and Slow Train Through Georgia (Norman Blake).

Basically I wanted something sort of minor key sounding with an old-English ballad or Blue Ridge Mountain type feel.  Before I really even had a chance to use the above songs as inspiration I picked up my guitar and sung a melody to these made up words: Lost on Beaucatcher Mountain is a place called Helen's Bridge.  There I first felt the tapping and the dawning of the midge.  The notes on the guitar that matched this melody fell right into place.  Then I needed a B-part so with a different melody I thought of the following words:  Now that my car won't start, I'll just have to walk, over the mountain to, Helen's Bridge.  That became the 2nd part.

I don't know if I really needed a bridge, but I did want a third part, so I listened back to that Tweezer jam from 10/31/18 3rd set and added something like that as the "C" part.  So the structure of Helen's Bridge is AABBAABBCCCCCCAABB.  It's the only tune I have like that.  Or basically it's AABBAABB, then the C part as many times through as I want - usually six times through - before going back to AABB for one last time through.  Here it is.

Today is 11/17/18.  Last night I woke up at 4am with a melody in my head that was like a combo of the Haitian Folk Song Zizi Pan Pan and the Irish tune Rakes of Mallow.  I even saw in my head how I would write the first part out on paper.  Then I went back to sleep.  By 7am I was up and working on it.  The A-part came out similar sounding to my 4am revelation.  To construct the B-part I reminded myself of how the B-part to Rakes of Mallow actually goes and then tried to come up with a variation based on it but far from it.   And here's Baked Zizi. 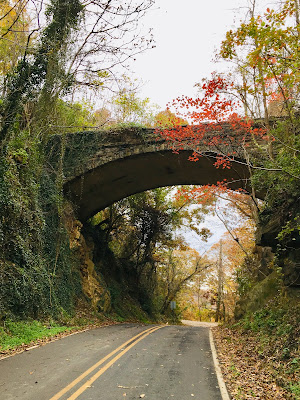 ***
Email ThisBlogThis!Share to TwitterShare to FacebookShare to Pinterest
Be a Fan
Posted by Tanner Llewellyn at 4:30 PM