Five Albums To Check Out If You Like A Go Go by Medeski, Scofield, Martin and Wood

We're coming up on 20 years since the release of John Scofield's April 1998 jazz-funk jewel A Go Go.  Scofield's backing band for this session was Medeski, Martin and Wood, who at the time were at an early peak in their career, coming off a string of three now classic studio albums: 1993's It's A Jungle In Here, 1995's Friday Afternoon In the Universe, and 1996's Shack-man.

Here are five other CDs to check out for fans of A Go Go: 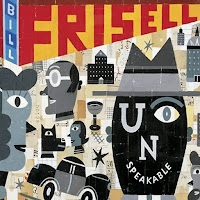 Unspeakable by Bill Frisell
This 2004 album by guitar genius Bill Frisell is perhaps his funkiest; the one most similar to what MSMW fans might be used to.  Like Scofield, Frisell is from that crop of baby boomer neo-jazz guitar gurus that also includes Pat Metheney, Marc Ribot and more.  With its heady production and one lasting melody after another, Unspeakable is a good introduction to Bill Frisell for those who might not already be familiar with him.  Other Frisell albums worth your time might include The Willies, The Intercontinentals, and Big Sur, to name just a few. 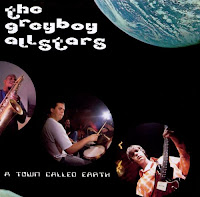 A Town Called Earth by The Greyboy Allstars
Until today, it had been years since I listened to this recording, but I was instantly taken back two decades upon returning to this soul-jazz long player.  I think I bought this around when it came out - 1997 - and must have listened to it a lot back then because years removed it still sounds very familiar.  Fans of A Go Go may already be familiar with A Town Called Earth, but if not then move it to the top of your list.  Organist Robert Walter will fill any keyboard cravings and Karl Denson's mixture of sax and flute serves as an enticing lead instrument. 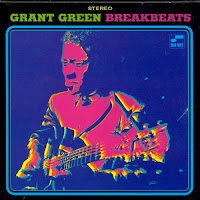 Blue Breakbeats by Grant Green
This compilation is culled from tracks recorded in 1970 and 1971 -- the height of Grant Green's funk period.  Critics may have preferred his more straight ahead earlier work, but funkiness like this may be what Green is most known for today.  Grant had a tasteful style that relied more on feel than a blazing display of notes.  Interestingly, he almost never comped chords and instead simply chose to drop out when other instruments were soloing.  For fans of bands like New Mastersounds, Soulive and Medeski Scofield Martin and Wood,  Blue Breakbeats is a great place to start or end up. 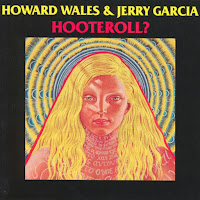 Hooteroll? by Jerry Garcia and Howard Wales
While other 1970's jazz-rock fusion albums can sound dated, Hooteroll? has held up quite well.  This musical partnership with adventuresome keyboardist Howard Wales is an outlier in the Jerry Garcia catalog.  For one thing it's instrumental.  Secondly, rather than being based around folk-melodies or conventional song structures, Hooteroll? feels more like studio improvisations built on loose themes or ideas.  Here you will find the groundwork for 90's jamband groove, with the addition of horns that help elevate this to the realm of soulful jazz. 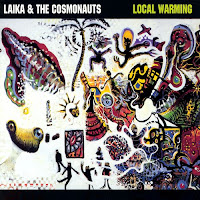 Local Warming by Laika and the Cosmonauts
Laika and the Cosmonauts was a guitar, organ, bass and drum quartet from Finland who performed for about 20 years starting in the 1980's.  Laika's sound is similar to what you might call surf rock, but their radical compositions and far-out melodies also qualify them as acid-jazz.  If you were surprised by or made aware of any record mentioned here, I hope it's this one.  I can't remember how I first got turned on to Local Warming, but I definitely got it soon after it first came out.  It was one of my favorite albums of 2004 and has remained a favorite ever since.

Honorable Mention:
B'gock by Fuzz
1-800-WOLF! by WOLF!
The Nashville Session by The New Mastersounds
Inner Fire by The Souljazz Orchestra
Live in Tokyo by Marc Ribot and the Young Philadelphians
The Word by The Word
Must Be Nice by Soul Monde
Lanquidity by Sun Ra
Dogs by Nolatet
Gateway by John Abercrombie


Email ThisBlogThis!Share to TwitterShare to FacebookShare to Pinterest
Be a Fan
Posted by Tanner Llewellyn at 7:46 PM