Lucky Streak When It Comes To Books 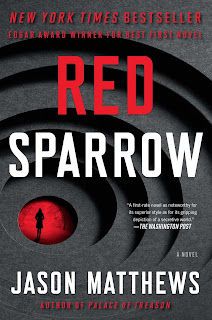 I would read at least a book a week as a teenager.  I'm not a very fast reader so that was a pretty good pace for me.  It was mostly authors like Dean Koontz, Stephen King and Clive Cussler.  Nothing all that special about that.

Then in my 20's this pace slowed, but when I did read a book it was by writers like Paul Auster, Haruki Murakami, Raymond Carver and Kurt Vonnegut.  The type of stuff a guy born in in the 1970's might read during his twenties.

During my 30's it was more likely to be some type of non-fiction work or short story collection than a 300 or 400 page novel.  These were perused but maybe not always read cover to cover.  This intimidation or aversion toward reading fiction/novels was continuing into my forties, but I may have started to turn it around.

Over the last two months I've read over six books.

Spy Novels: Red Sparrow and Palace of Treason by Jason Matthews
It had been a long time since I had read books like this but the timely plot of this contemporary series, involving Russian and American spies, broke the ice.  It took a little effort on my part to get into this type of writing style, but once I did I very much enjoyed these books.  I read these back to back, which was about a 900 page commitment, so completing that task in a couple of weeks around Thanksgiving opened the door to a new routine of carving out time for book reading each day, and looking forward to that time.  The third book in this trilogy, called The Kremlin's Candidate, comes out soon! 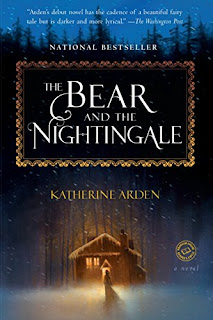 Failed Novel Turned Memoir: Bleaker House by Nell Stevens
I saw this book on NPR's list of the best books of 2017 and decided to check it out.  Twenty-seven year old Nell Stevens placed herself in the not-so-idyllic setting of the Falkand Islands with the hope that this desolate place of no distractions would provide the perfect environment for writing her debut novel. What came out is a book about not being able to write that book.

Fantasy: The Bear and The Nightingale by Katherine Arden and The Language of Thorns by Leigh Bardugo
Traditional Fantasy series have never been a primary genre of interest for me but I’m beginning to think it should be. I have a soft spot for folk tales, and original re-tellings of folk tales, and that’s kind of what The Bear and the Nightingale is. It’s a fairy-tale like story set in 14th century Russia. The domovoi – a house spirit from Slavic folklore – even makes an appearance in this book! The next book in this series is The Girl in the Tower, and I plan on reading it soon.

The Language of Thorns: Midnight Tales and Dangerous Magic is a stand-alone book of six stories set in the same universe as some of the other fantasy books Leigh Bardugo writes, but are styled to be more like the fairy tales or campfire stories that the persons in that universe might tell.  You don't need to have read her Six of Crows duology or Shadow And Bone trilogy to enjoy these creative tales that feel as if they really could be folk tales from her Grishaverse. 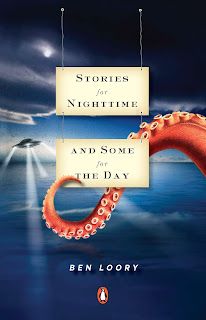 Old Myths and Modern Day Fables: Norse Mythology by Neil Gaiman and Stories For Nighttime And Some for The Day by Ben Loory
Surprisingly, Norse Mythology is the first Neil Gaiman book I have read, but I absolutely loved it. I’ll be reading more books by Gaiman for sure. These stories were fantastic so it made me curious about how much of that is Neil Gaiman and how much of that is the source material itself?  The answer is a lot of both.  I have since picked up a copy of the excellent Norse Myths: Tales of Odin, Thor and Loki by Kevin Crossley-Holland and can tell that Gaiman's versions are very faithful to the original tales (which are always open to interpretation), but he adds just enough flavor and personal style to make it an all-time favorite.

I'm also thinking that Ben Loory's Stories For Nighttime And Some for The Day will be an all-time favorite.  These stories kind of remind me of Russell Edson poems with more narrative arc. They are just as visual as a Jack Handey Deep Thoughts.  Some have described these short stories - approximately a thousand words each - as fables for the modern world.  Loory does have a very soothing, almost childlike writing style that can sometimes mask the darkness and anxiety lying beneath the surface of these dreamlike delicacies.  I just started his new book of stories called Tales of Falling and Flying and it's equally as good.

I had forgotten how much fun it is to turn the TV off, avoid the internet, put down the mobile device, and simply spend an hour or two reading a book.  I hope this trend continues.
Email ThisBlogThis!Share to TwitterShare to FacebookShare to Pinterest
Be a Fan
Posted by Tanner Llewellyn at 7:01 AM