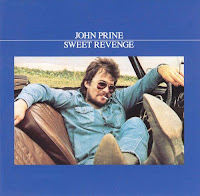 My CD buying years were from about 1993 to 2006.  I still have a bunch of these discs in a couple plastic bins.  (For the liner notes, of course).  This collection has a disproportionately large number of Phish and Grateful Dead CDs, followed by Frank Zappa, Norman Blake and John Prine.  Other prominently represented artists include Ween, Medeski Martin and Wood, My Morning Jacket, Gillian Welch, Miles Davis and Leftover Salmon.

It's safe to say that this old CD library is dominated by jamband and Americana music.  During those CD years I subscribed to both Relix and No Depression magazines, gaining music recommendations from each.  I also read Dirty Linen magazine on a regular basis, so there's a fair amount of folk and world music mixed in as well. 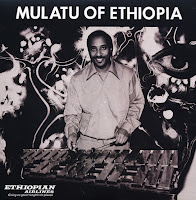 However, with the possible exception of Tortoise, I don't find myself putting on these old favorites very much, if at all.  Instead, the type of music that dominates my record player tends to be both instrumental and older - jazz or jazz-like.  Lots of Sun Ra, plus Mulatu Astatke, Eric Dolphy, Horace Silver, Grant Green, Mary Halvorson, The Souljazz Orchestra - stuff like that.

I don't know what triggered this shift in preferences, but I think it has to do with honing in on an agreeable sound rather than an isolated focus on disparate bands.  For example, I'm sure I could make a Pandora channel centered around Sun Ra or Eric Dolphy and like a much higher percentage of the music it selects than a channel based on Phish, Steve Earle or Wilco.  Another way of looking at it is a festival like Knoxville's Big Ears seems much more appealing at this point in my life than Lockn' or the Newport Folk Festival or DelFest would be.

As I write this, I am sensing a gravitational pull towards music of the 1980's that isn't really nostalgic in my case due to a lack of exposure to it or genuine interest in it until now.  I just listened to The Smiths' first album for the first time last night and enjoyed it a lot.  New Order, The Cure, Joy Division and Bowie must be next.

I'd really like to find some cool instrumental music albums from the 1980's.  Something sorta trippy and groovy with synths.  Maybe like the STS9 or Maserati of the 1980's.  Does that exist?  I checked out some of Herbie Hancock's mid-80's output last weekend and that was getting closer to that feeling.  Arthur's Landing has that dancey, disco sound but that's newer.

There's lots and lots to check out and one thing always leads to another.  New revelations are happening quite frequently.  Music that I never would have considered listening to during the peak of my Grateful Dead related obsession now seems interesting, while The Grateful Dead and all of its offshoots feels momentarily(?) stale due to overexposure.


Email ThisBlogThis!Share to TwitterShare to FacebookShare to Pinterest
Be a Fan
Posted by Tanner Llewellyn at 11:03 PM