Single Jig Hag at the Churn on Baritone Ukulele

I hadn't played the Irish jig Hag At the Churn in quite some time, but it came back to me tonight. I did glance at the music to clear up some fuzzy parts. After playing it a few times on tenor banjo I got out the baritone uke to see if I could find those same notes on that rarely played instrument and there they were!

Hag At the Churn is one of the few tunes I've played so far that feels good under the fingers in the DGBE tuning.  Since I couldn't believe that I was playing it quite effortlessly on the baritone uke, I had to make a recording.  Here it is with the music below. 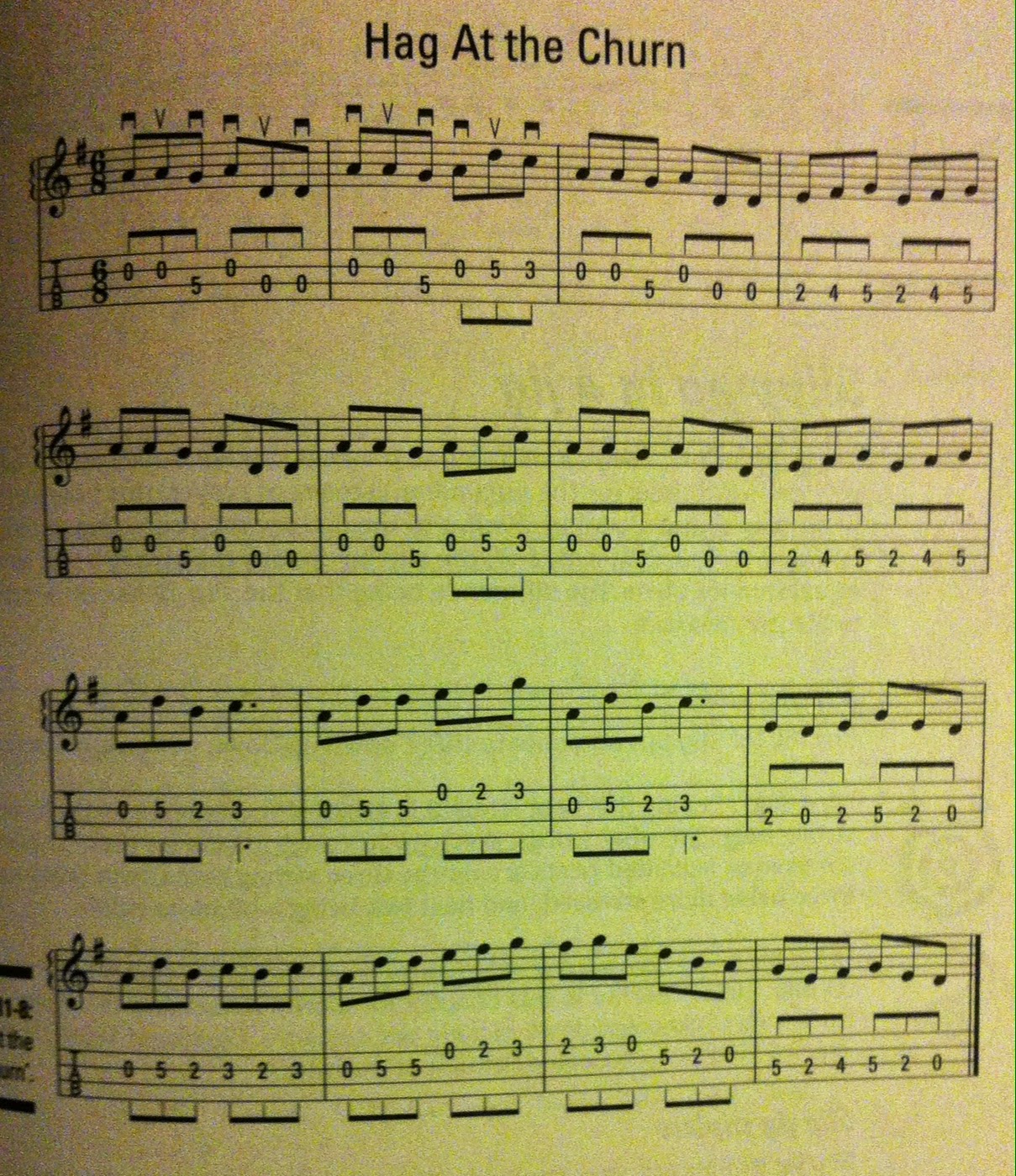 The music/tab comes from Don Julin's Mandolin for Dummies book.  I'm basically playing those exact notes on the baritone uke, as far as I can tell.  Very basic, but what a cool sounding single jig!

Email ThisBlogThis!Share to TwitterShare to FacebookShare to Pinterest
Be a Fan
Posted by Tanner Llewellyn at 11:33 PM