Even if I wasn't trying to learn how to be a participant, I still think my preferred way to experience Irish music would be in the session setting. It seems as though this traditional music is best understood not on a stage but by a loose assortment of musicians gathered around a table in the corner of a pub for some tunes and a few pints.

I only know of a handful of officially released Irish session recordings.  The first one that comes to mind is Maiden Voyage, recorded in 1991 at Pepper’s Bar in Feakle in the Eastern part of County Clare.  It features Tommy Peoples: fiddle, Kevin Crawford: concert flute, Joe Bane: tin whistle, and several others.  Maiden Voyage is well captured from deep in the heart of East Clare. 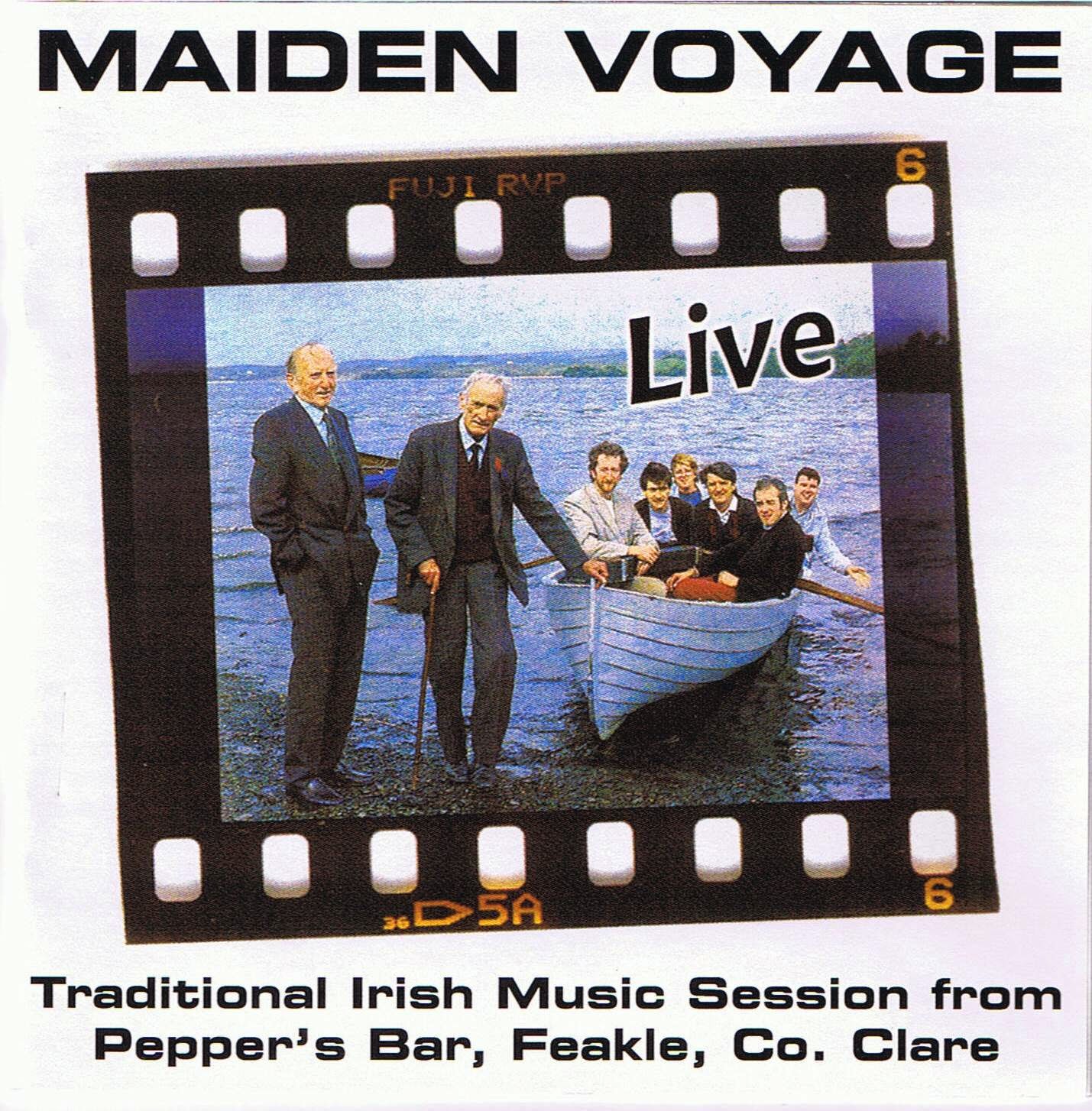 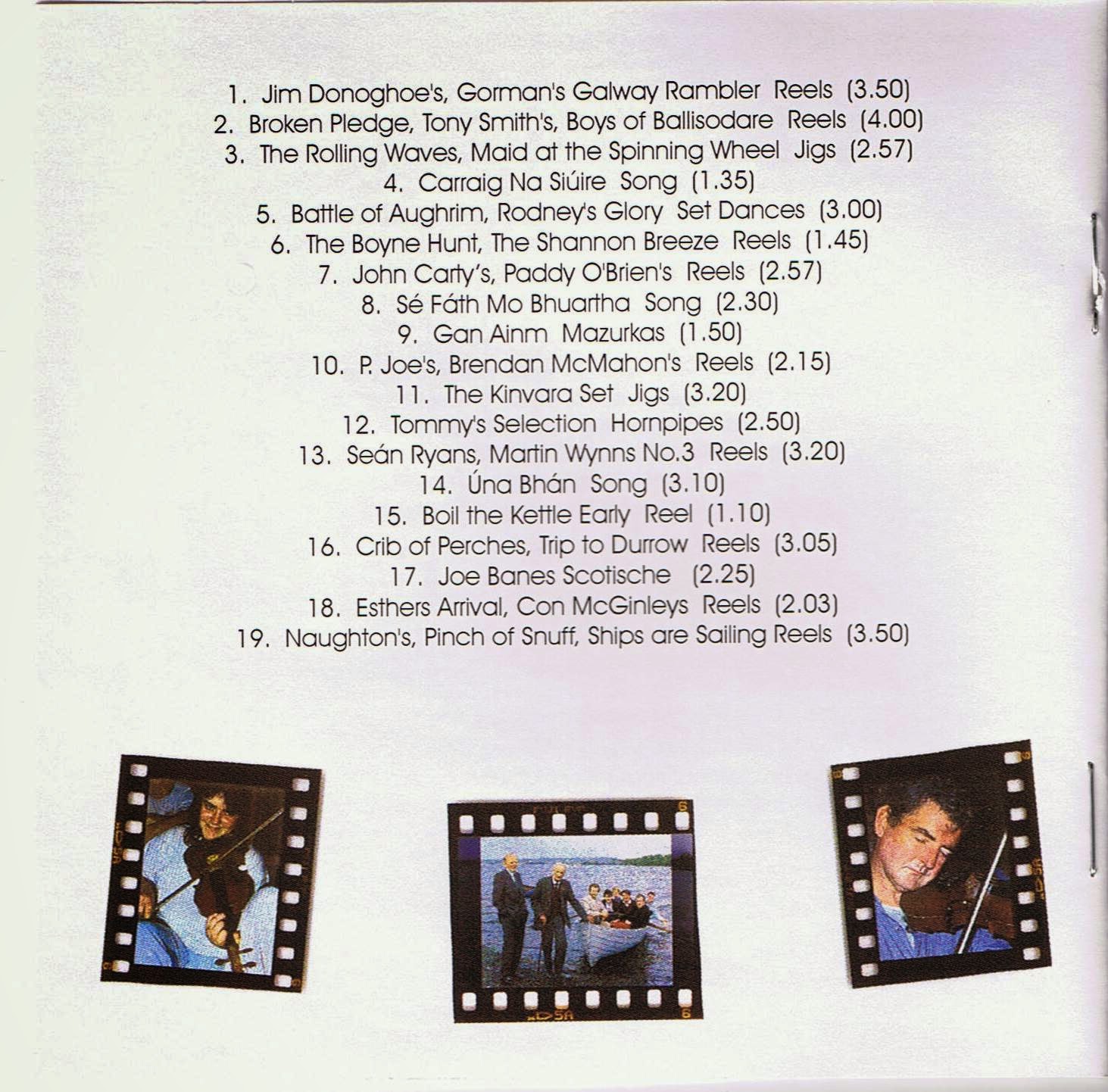 Another session recording I have which I like a lot is The Sanctuary Sessions, from Cruises Pub in Ennis, County Clare.  It was recorded in May 1994 and features many of the musicians who played regularly at Cruises at that time, with some overlap of names from the Maiden Voyage CD. The tunes on The Sanctuary Sessions often sound familiar to me even if I don’t always recognize the titles. The crowd is really receptive on this one! 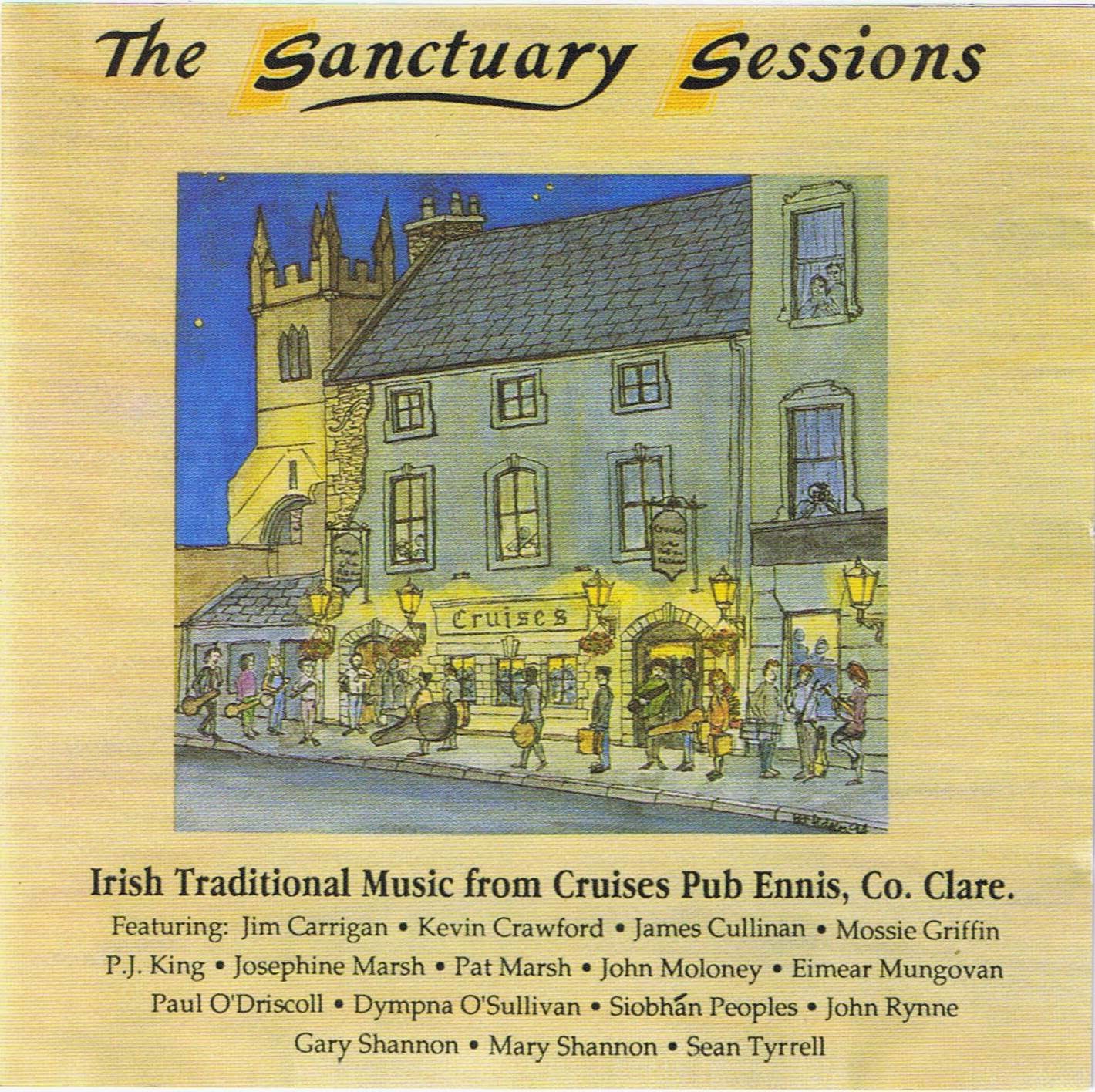 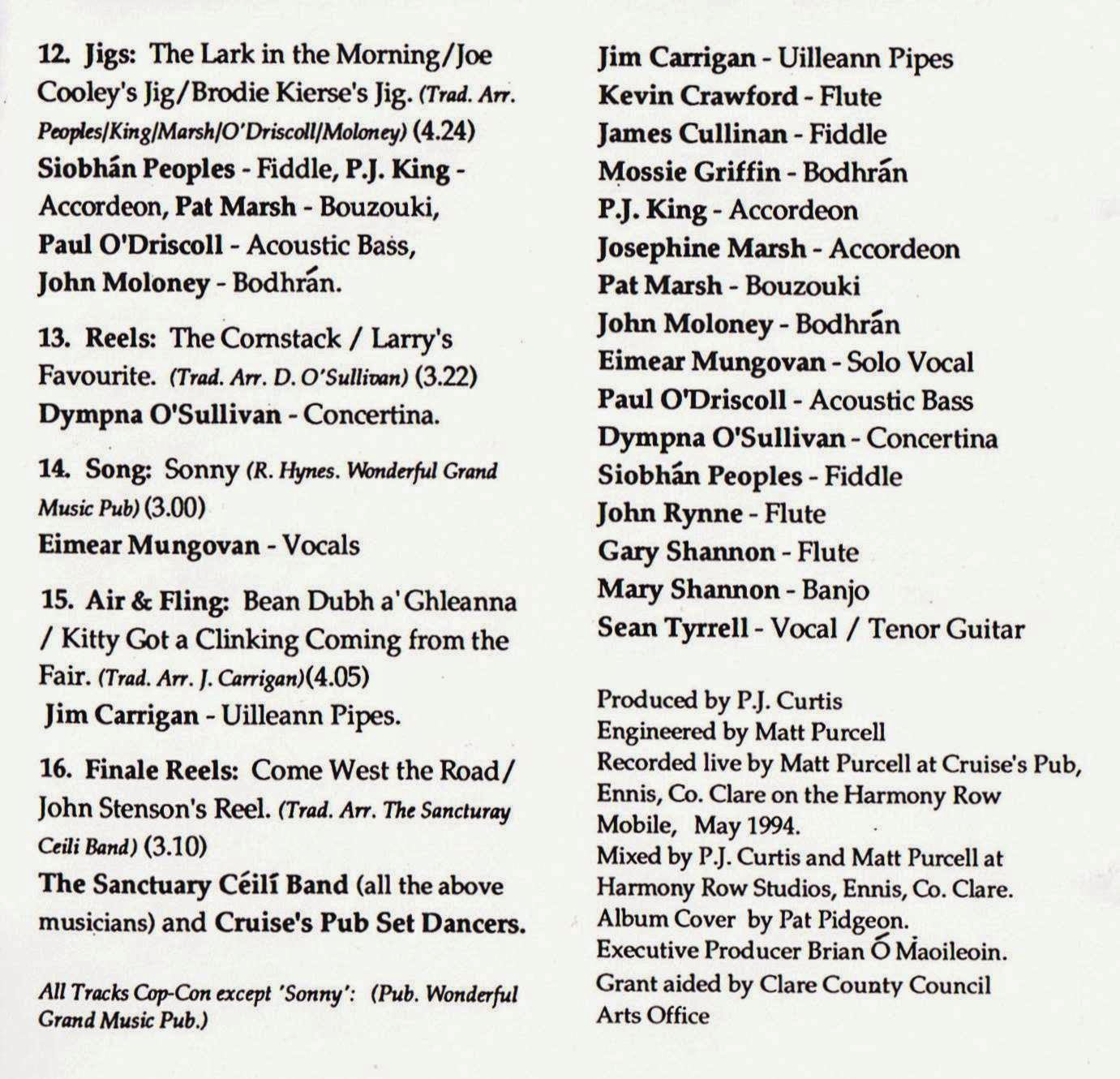 One of the better known session recordings is Live At Mona’s, recorded over a period of several weeks in spring/fall 2003 at a now defunct Monday night session in the lower east side of Manhattan.  Out of all the session recordings, Live At Mona’s probably best captures the magic that can be created in that unscripted environment.  Musicians include Patrick Ourceau, Eamon O’Leary, Mick Moloney, Cillian Vallely and Brian Holleran. 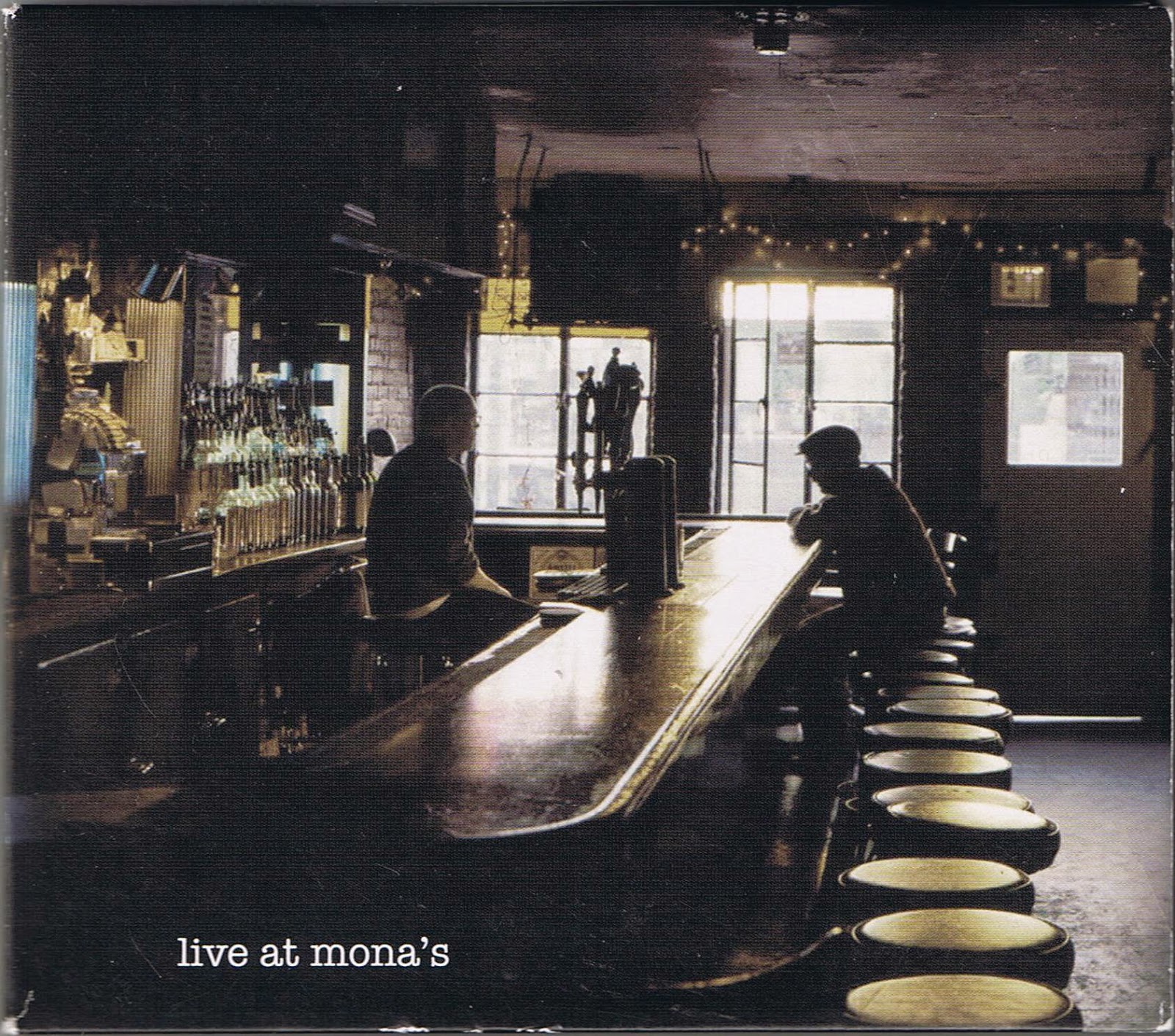 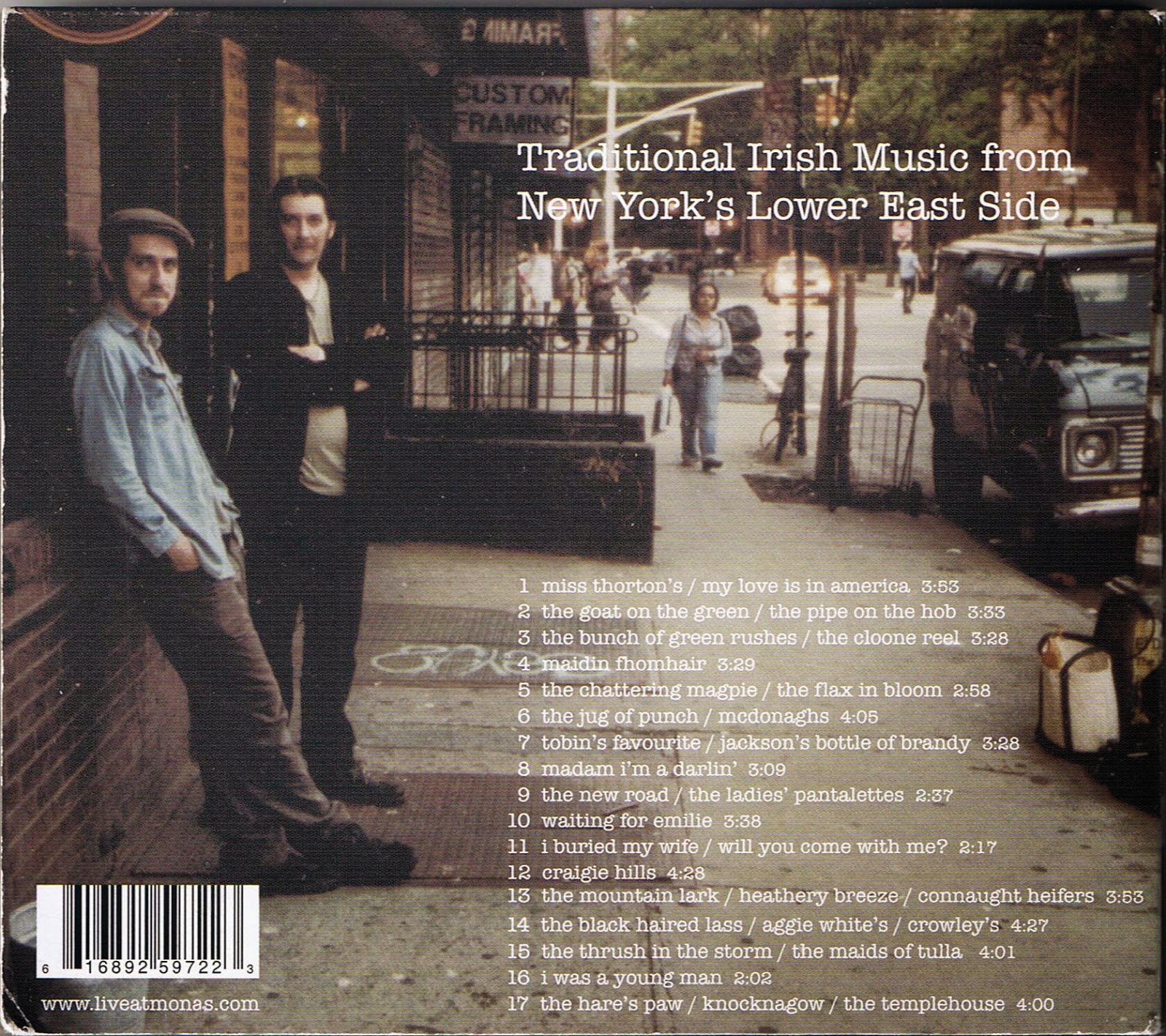 Late in the Night is a live recording by Christy Barry (flute, whistle, spoons), Conor McCarthy (accordion) and Cyril O’Donoghue (bouzouki, guitar) from O’connors Bar in Doolin in the Western part of County Clare.  It was recorded in 2002 during the height of the Celtic Tiger, of which the small town of Doolin felt a major impact – being marketed as an epicenter of traditional music just down the road from the popular Cliffs of Moher tourist attraction.  Even if this was more of a gig rather than a session, Late in the Night is still a prime example of lively Clare session tunes.  The sparse instrumentation allows for an appreciation of Cyril O’Donoghue’s exceptional guitar/bouzouki backup. 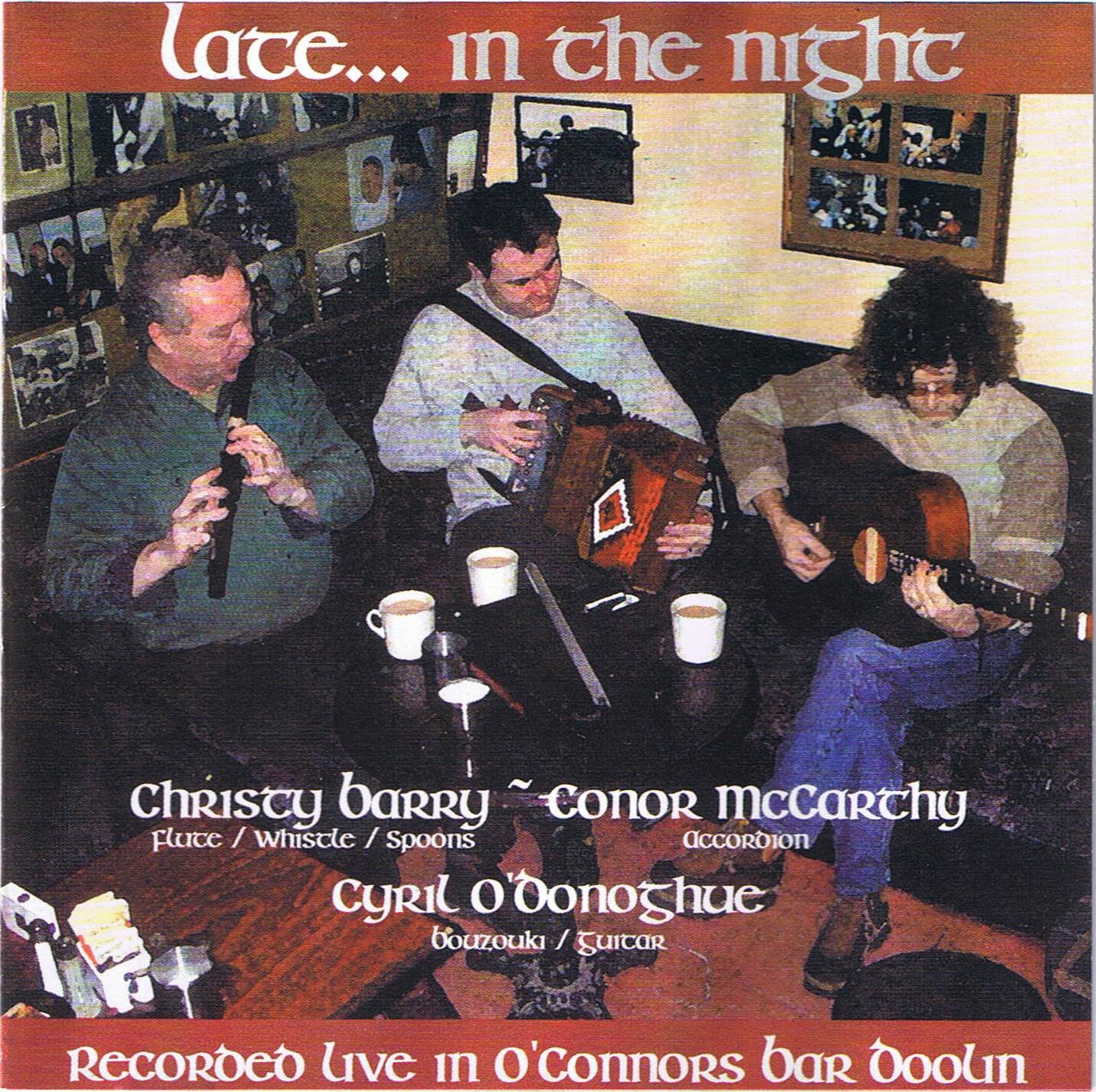 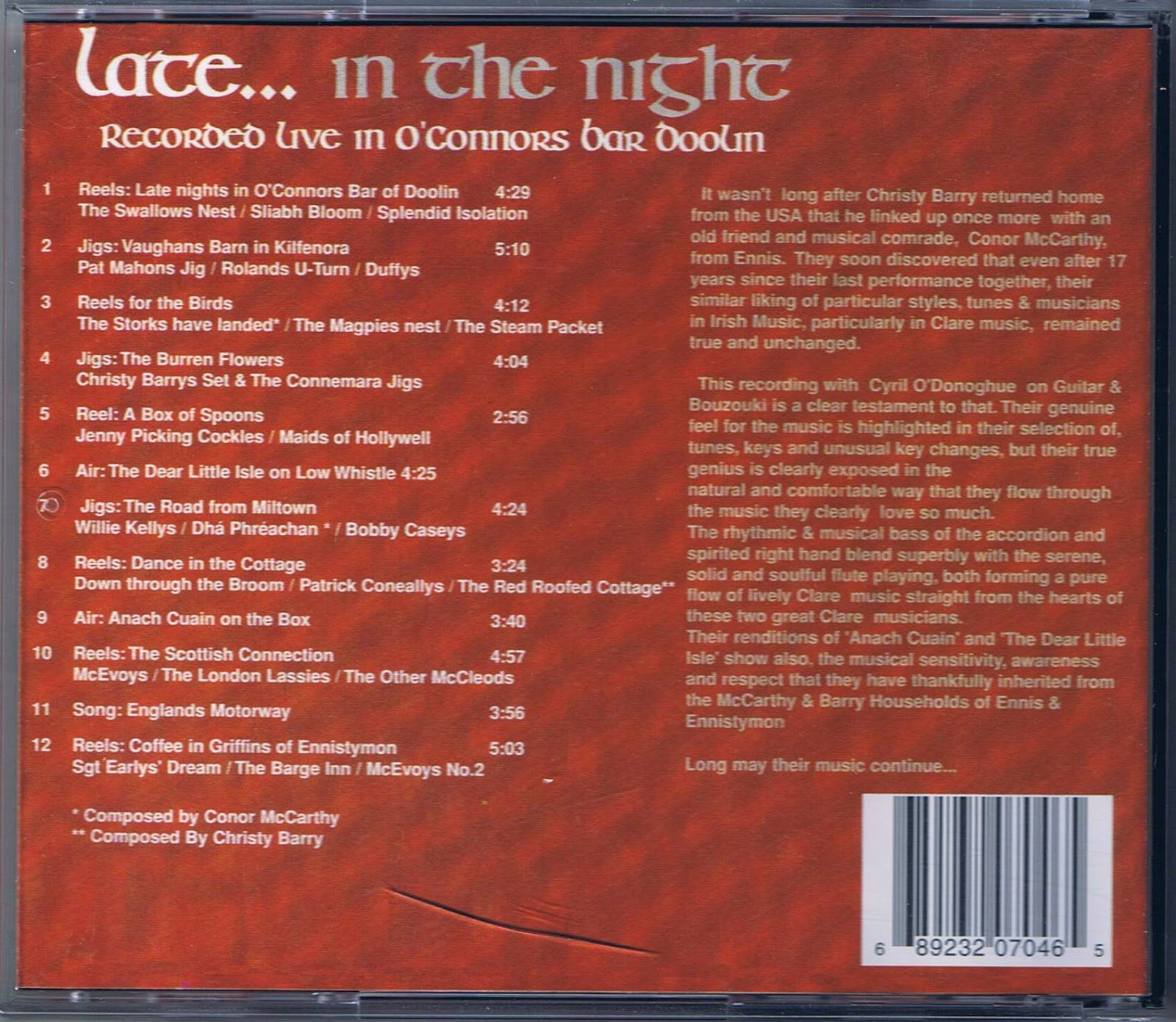 Another live traditional music album I am fond of is The best of Andrew Mac Namara and The Lahawns, which is a compilation culled from recordings made at Winkles Hotel in Kinvara - just north of Clare in South Galway - in 1995 and Lena's Bar in Feakle in 2001.  Of all the releases on this list, this Lahawns album probably has the highest percentage of common tunes on it, so it's a great source for those looking to hear some of the standards, including Tatter Jack Walsh, the Boys of Bluehill, Lark in the Morning, Cooley's Reel, Rakish Paddy, Castle Kelly and Humours of Tulla.  This album has a boisterous, ceili-band feel 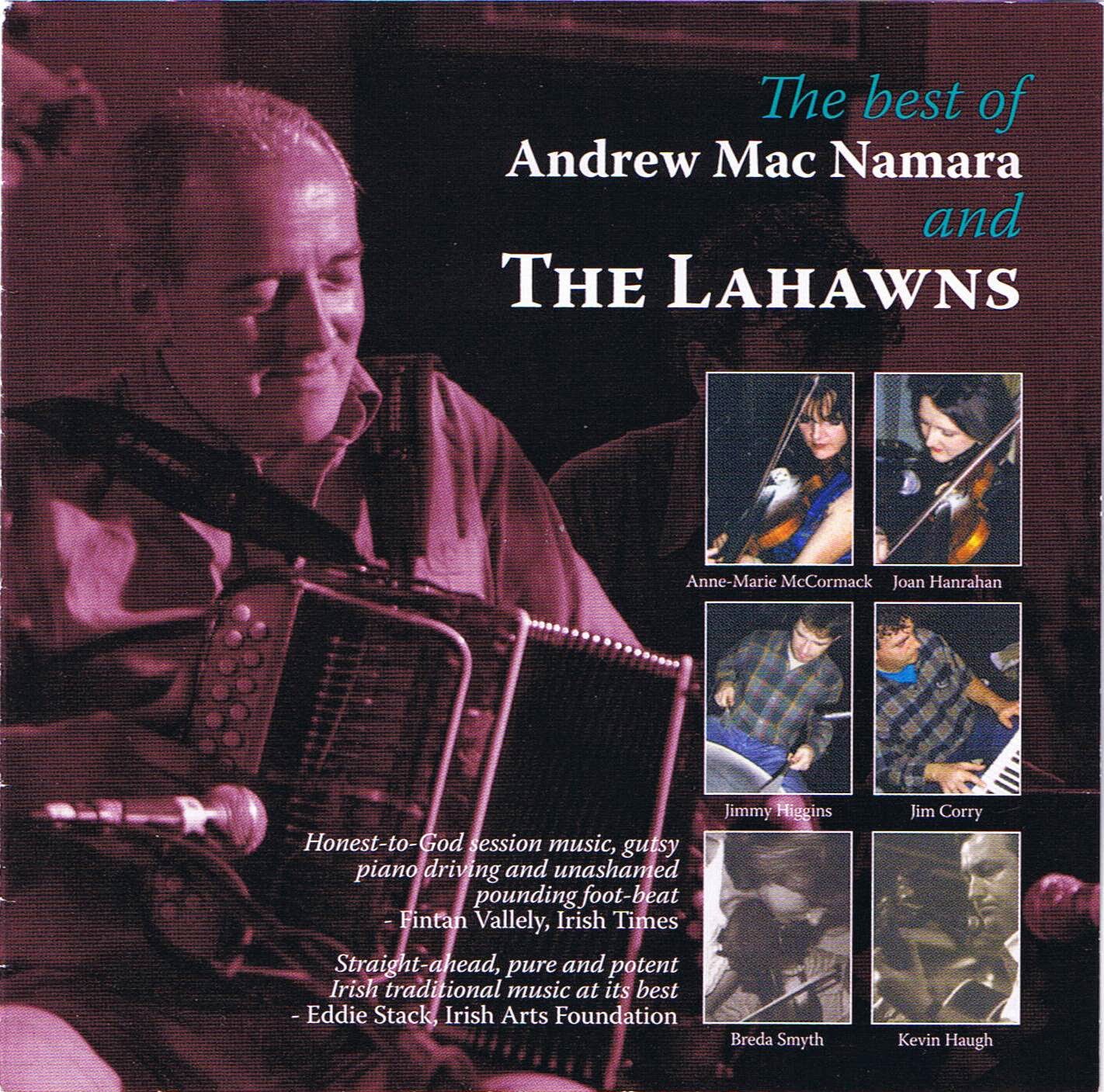 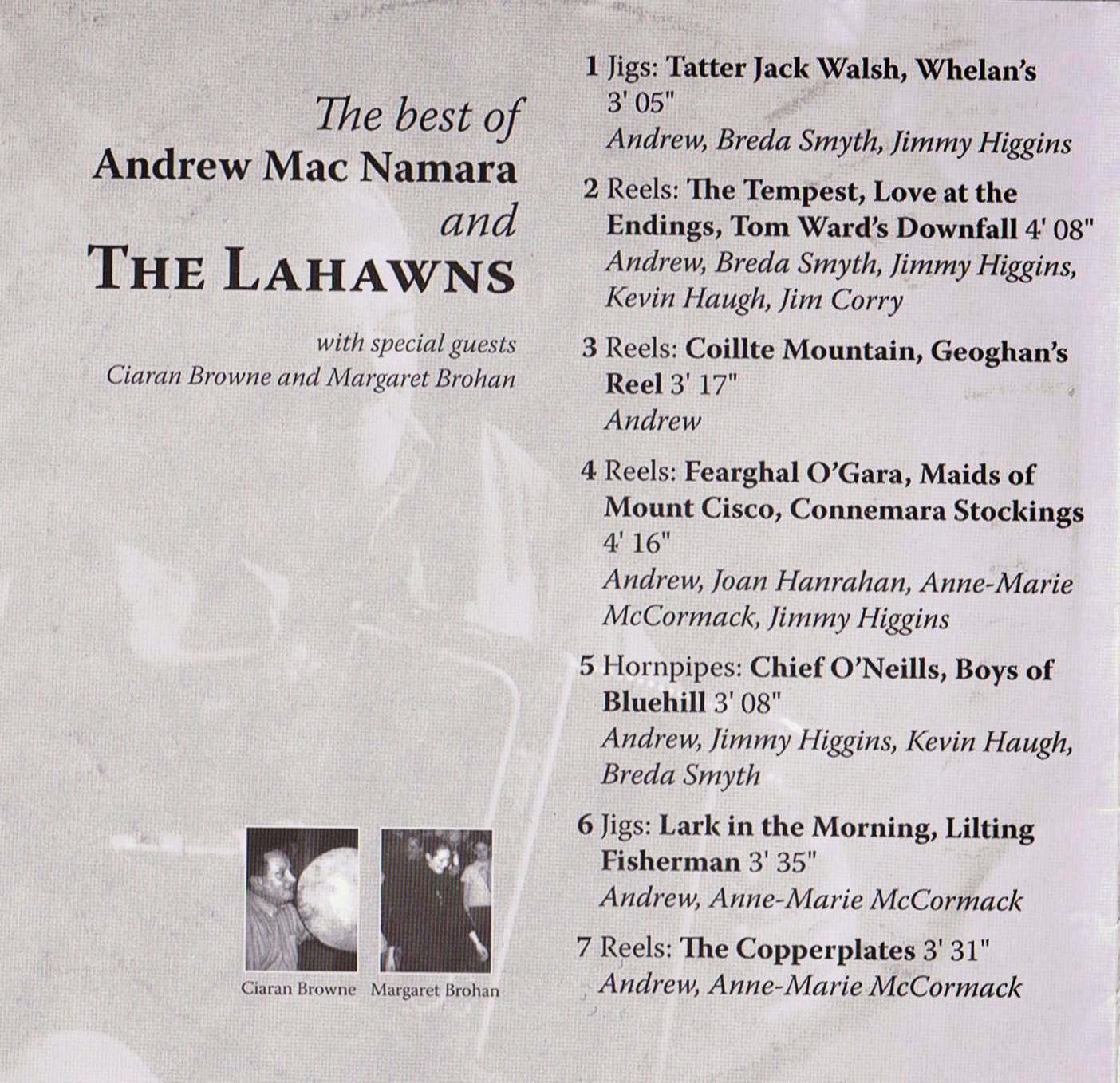 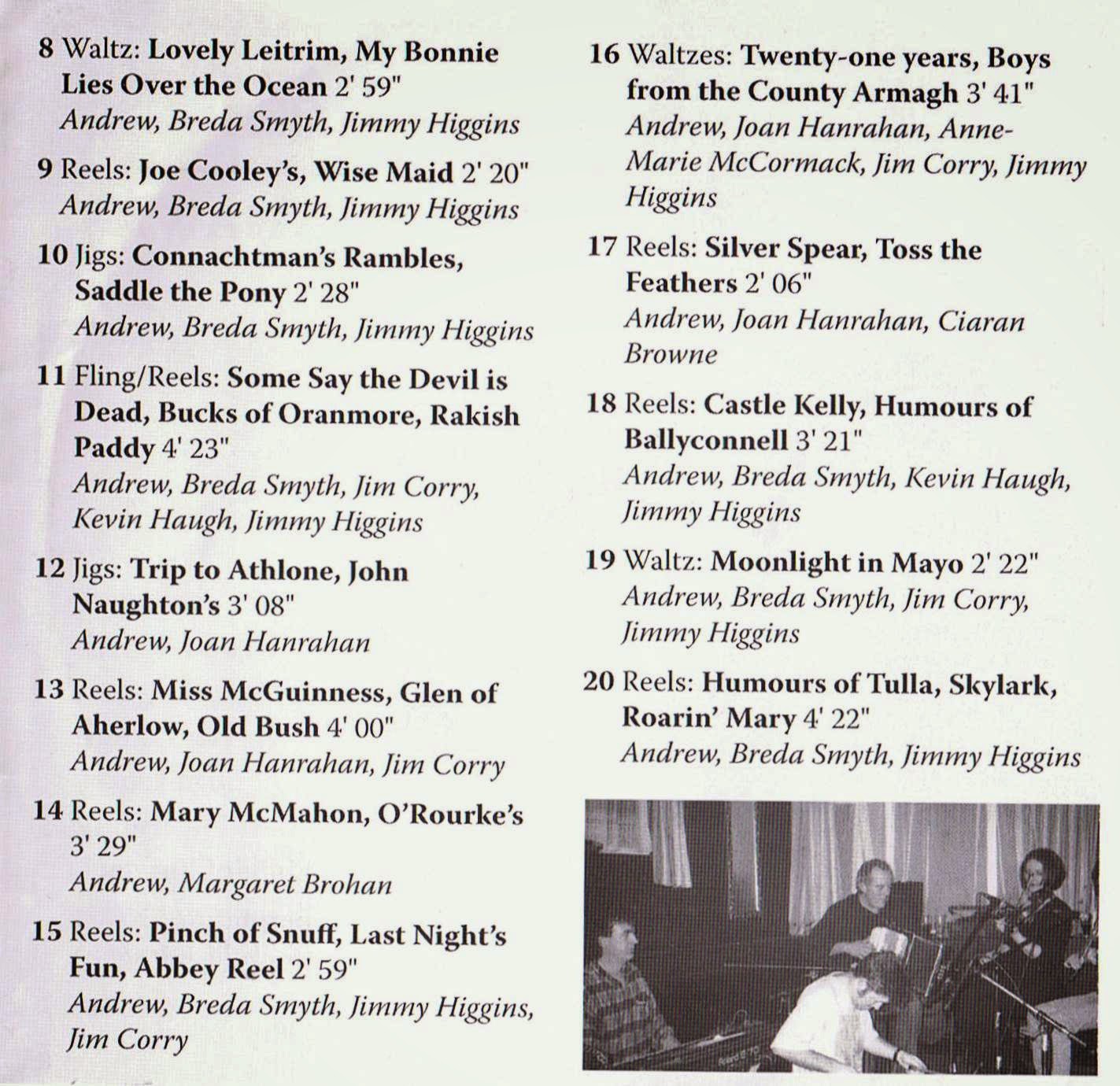 Lastly, I'd like to include a CD called Live at the Burren Centre, Kilfenora, recorded during a 2009 lunch-time performance by Kevin Griffin, Eoin O'Neill and Quentin Cooper. Although this was part of a concert series, Eoin and Quentin are long-time veterans of the Ennis session scene and Kevin Griffin plays in the pubs around Doolin, so the tunes come directly from the session repertoire and retain that loose, unrehearsed feel. 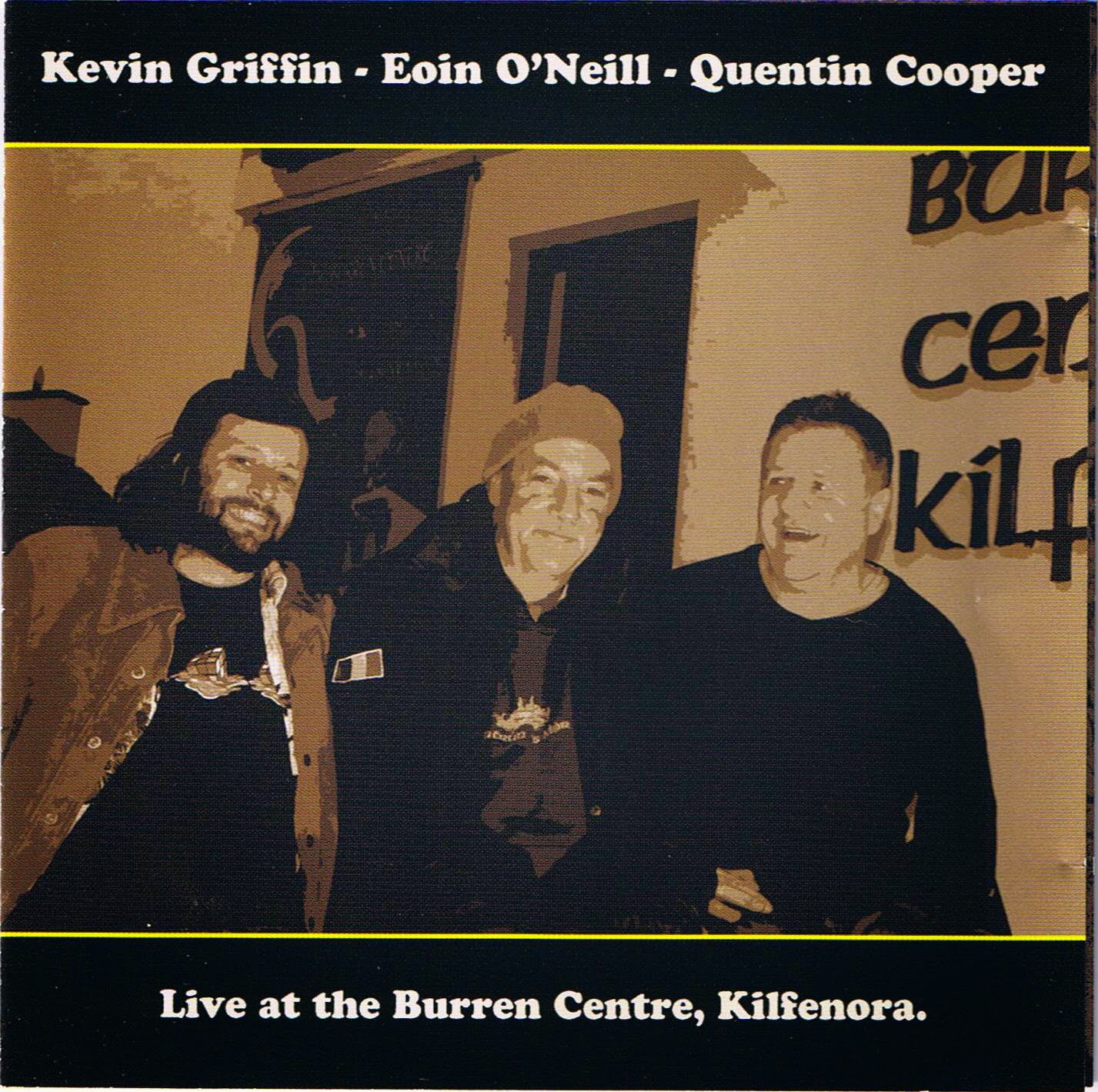 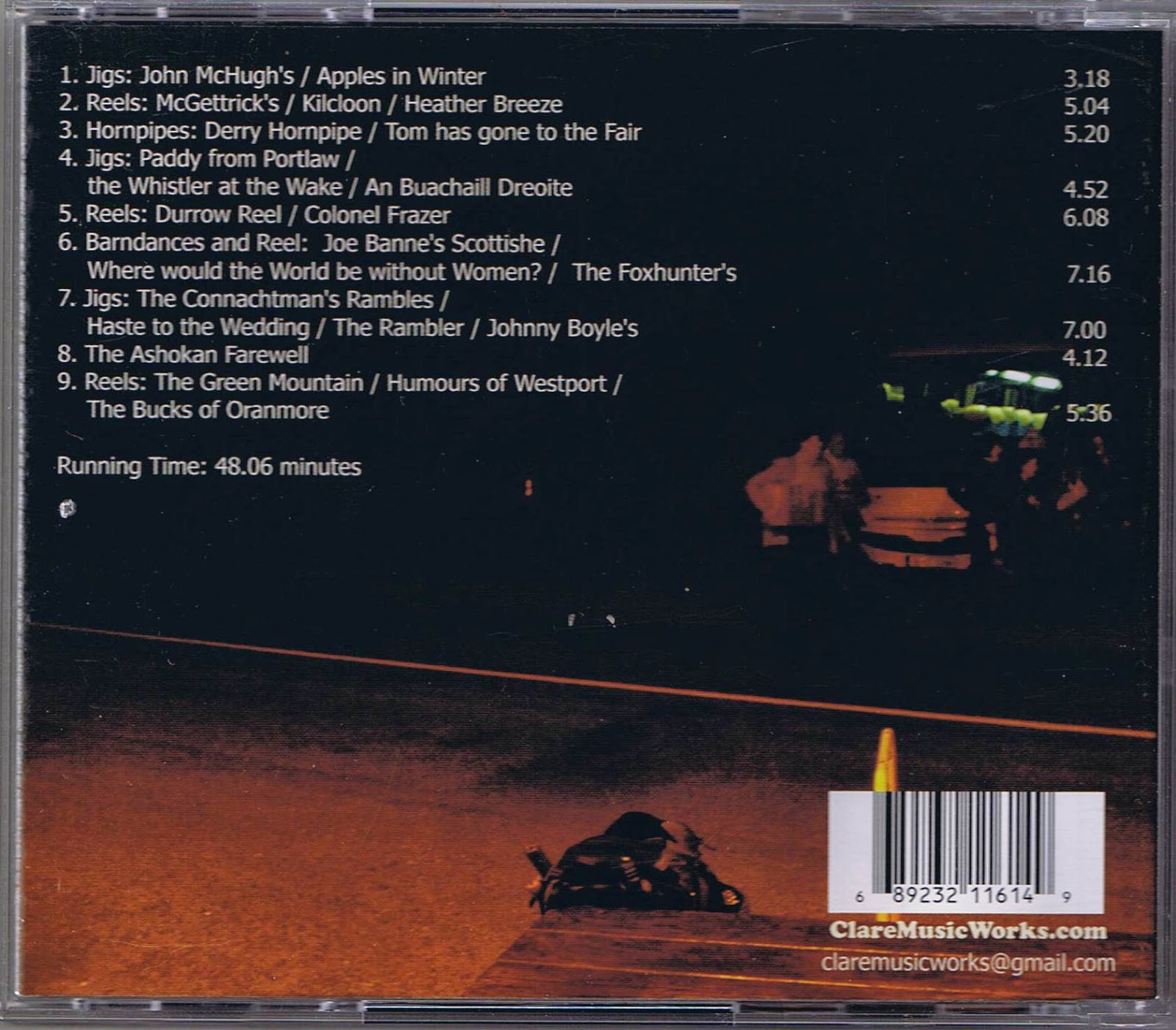 I see that there is also a CD called Music at Matt Molloy's.  I do not have that one yet.  If you know of any Irish session recordings that I've omitted please leave a comment or send me a message.  I'd love to hear more!

Email ThisBlogThis!Share to TwitterShare to FacebookShare to Pinterest
Be a Fan
Posted by Tanner Llewellyn at 12:13 PM