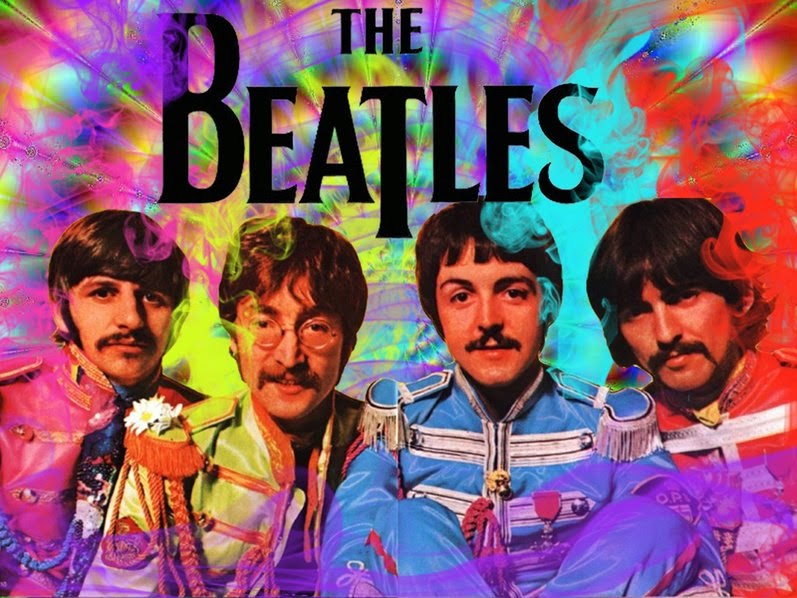 This year marks the 50th Anniversary of The Beatles first tour of North America.  They first appeared on the Ed Sullivan show on February 9, 1964 and then returned to the USA in August of that year for a tour which included a stop in Las Vegas; chronicled here: http://www.vegas.com/beatles.

My greatest appreciation for The Beatles has actually been through interpretations of their songs by other artists, whether it be Yonder Mountain String Band performing And Your Bird Can Sing or It’s Only A Northern Song, Steve Earle’s cover of I’m Looking Through You, or the Grateful Dead busting out a Lucy in the Sky With Diamonds or a Why Don’t We Do It in the Road!

Perhaps the greatest interpreters of Beatles music are Phish – the other “Phab Phour” – who often sprinkle perfectly placed versions of songs such as of Day in the Life and While My Guitar Gently Weeps into their sets.  In fact, when Phish began their Halloween tradition of covering a classic album in its entirety on 10/31/94, the first album they chose was The Beatles' White Album.  (On a side note – my wife and I got married while seeing Phish in Las Vegas – a show in which they covered Day in the Life).

Today’s music listeners have come to value a performer’s live show just as much if not more so than their recorded output, and view the concert environment as not just a place to play the “album version” of a song, but as a totally different medium requiring its own skill set.  So, I think it’s great when performers who have made their name through live performances pick up the baton left by John, Paul, George and Ringo and offer up their example of what The Beatles could have realized on the stage had they taken that path.

I don’t think there will ever be another band that is so universally well liked and appreciated as The Beatles.  Everyone from musicologists to the latest consumer of Top 40 can dig what The Beatles had to offer in their brief time as a band.
Email ThisBlogThis!Share to TwitterShare to FacebookShare to Pinterest
Be a Fan
Posted by Tanner Llewellyn at 6:06 PM