Sure, it's great to go see one of your favorite bands live when you know all their songs and you're pretty much guaranteed a great show and a familiar experience, but it's a rare occasion when a completely unknown band blows you away with such a memorable performance that you become an instant fan.  I can think of only a few times where this has happened to me - from as far back as almost 15 years ago and as recently as this month.
Yonder Mountain String Band, 10/30/1999, Wolf Tongue Brewery, Nederland, CO
We had just moved to Longmont, CO in fall 1999 and had heard about this new local bluegrass band that was kicking ass and taking names.  So, having never heard their music before, we made the trip up the mountain to tiny little Nederland to check out Yonder Mountain String Band at Wolf Tongue Brewery on the night before Halloween. Snow was already on the ground, even in October, in this friendly mountain town and we got to know some of the eccentric locals at the bar before the band started.

This was a more innocent time, and being young and hungry, Yonder Mountain was just what I was looking for.  They had one foot in the traditional world, but more more importantly they were taking that next step into the unknown, steering bluegrass to where it had never been before.  I don't remember too many details from this show in particular, but as a diehard Phish and Grateful Dead fan, I latched on to Yonder Mountain big-time and for the next half dozen or so years would see them well over twenty times.  When I started learning to play oldtime and Irish music I temporarily got too snooty for bluegrass and jambands, or bluegrass jambands, but things are starting to mellow out again now to the point where I can circle back around to this music with a whole new appreciation of how truly fun it was and is.
My Morning Jacket and Dr. Dog, 1/24/2004, The Canal Club, Richmond, VA
Jambase.com had named My Morning Jacket's album It Still Moves in a tie for the best album of 2003, so on that testimonial alone I went to go check them out in Richmond on 1/24/04.  Prior to the show I had only listened to It Still Moves a couple of times, and it hadn't really made any impression on me.  As we were walking in to the Canal Club, the opening band was just starting.  I didn't even know there was going to be an opening band - opening bands always suck anyway - who is this Dr. Dog?

Minutes later I was enthralled by the music being made by an opening band that I was completely unfamiliar with.  I think Dr. Dog basically played everything off of Easy Beat, even though that yet to be classic album wouldn't be released for almost another year.  I remember going up to the band after the set telling them that was the best set I had ever seen an opening band play and I bought the only CD they had with them that night, which was Toothbrush.

As My Morning Jacket took the stage I was still gushing about Dr. Dog.  As far as I could tell, there was no way they were going to top that, but boy was I wrong.  Like the budding rock stars they were, My Morning Jacket commanded the stage with a gusto that instantly made them the equal of Led Zeppelin, U2, Pearl Jam, and all the other great rock bands that had come before.  Even more impressive, I would later discover that this was one of the first shows with Carl Broemel on guitar - as their previous guitarist had left the band just prior to this tour leaving them scrambling to find his replacement.  Even though I was completely sober for this show, I was so jazzed up afterward that I stayed up all night consumed by an excitement that I could find no limit to. 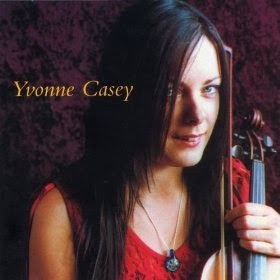 The Ceili Bandits (Yvonne Casey), 11/20/2004, McGann's Pub, Doolin Ireland
On our first trip to Ireland we stayed the first two nights in Doolin, a small village in West Clare reputed to be a music mecca.  This was a case of perfect timing, because we woke from a nap to find flyers posted advertising the CD release party for Yvonne Casey's debut album that Saturday night at the pub a short walk from our bed and breakfast.  Yvonne Casey was an up and coming local fiddler who had just recorded a self-titled CD with the band she was in called The Ceili Bandits.

I was completely ignorant and naive to Irish music at the time, but I thought we'd give it a go.  We weren't the only ones with that idea.  McGann's was packed with family, friends and locals, all of whom were in an extremely jovial mood, even for the Irish.  I don't know when exactly the music started, and I don't know when it stopped that night either, if ever.  Truly, truly magical.

At one point in the night I had this feeling rush over me that this was something to never forget.  Copious amounts of Guinness, champagne and Bulmer's had been consumed over several hours, but, despite the effects of booze I was able to harness that euphoric state and use it as a means to slowly nurture a true appreciation of Irish traditional music in the ensuing years.
Mandolin Orange, 2/14/2014, Ashland Coffee and Tea, Ashland, VA
It happened again out of the blue and seeing Mandolin Orange a couple weeks ago is probably the impetus for this post.  I've had some great live music experiences over the last decade, but the ones that come to mind as peak experiences were all by bands that I was either already a big fan of, or at least relatively familiar with.  However, Mandolin Orange caught me completely off guard.

Mandolin Orange is a duo consisting of Andrew Marlin on guitar and mandolin, and Emily Frantz on fiddle and guitar.  I had listened to one of their CD's once and had watched some YouTube videos, but frankly it sounded sort of boring and I didn't really decide to go to this show until the day of.  Yeah well from the moment the first lyric was sung to the last note of the 2nd set encore, I was enamored by this transcendent, beautiful, mesmerizing evening with this understated duo.

The lyrics so oddly remote yet accessible, the musicianship so refined, the songs so natural, going places I didn't see them going, ending when I didn't expect them to end, and continually enticing me in a way that was perfect in that moment.  I think everyone in that room felt the same thing.  Words can't describe it so I'll stop trying.  Andrew writes some great songs.

As I was driving home tonight something reminded me of that Dr. Dog / My Morning Jacket concert from 2004, and then it occurred to me that it was ten years ago last month that it happened.  Then I thought about those couple other occasions from my past that were similar experiences, and then I realized that most recently Mandolin Orange had left a similar impression.  Then I felt compelled to get this all into words so I spent the last 2 hours writing this.  Thanks for reading.


Email ThisBlogThis!Share to TwitterShare to FacebookShare to Pinterest
Be a Fan
Posted by Tanner Llewellyn at 12:37 AM