Now that I'm starting to play mandolin, I'm on the hunt for inspiring mandolin recordings.  This brought to mind Luke Plumb, the forward-thinking mandolin player for the Scottish band Shooglenifty.  I have a couple of Shooglenifty's CDs from a few years back, but the last time I looked for any of Luke's solo work the only things I could find would have had to have been shipped from overseas.  Nothing was streaming or downloadable through the usual sources.

When I searched again today I was pleased to see that this has changed.  Some time in the last year perhaps, Shooglenifty created a Bandcamp page where you can stream and download not only several of their more recent albums, but multiple side project releases as well, including Luke Plumb's A Splendid Notion and Wintering Out albums. 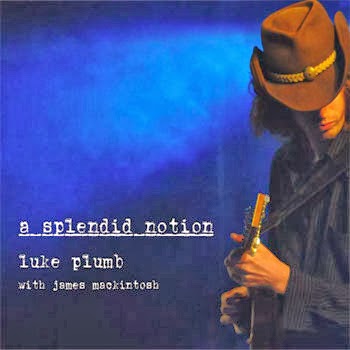 A Splendid Notion features Luke on mandolin and James MacKintosh on percussion.  Celtic mandolin with percussion may not seem like a good thing, but I urge you to check this out.  It works really well.  The track titles may be unfamiliar, although several of the tunes did sound familiar even if I can't quite place them.  Some liner notes would have been helpful, but A Splendid Notion is still one of the few quality recordings I've come across that features mandolin front and center.  Stream A Splendid Notion here. 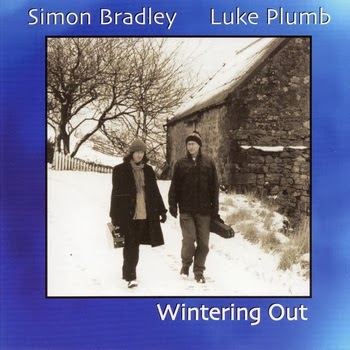 Luke Plumb takes on more of a backup role on bouzouki on Wintering Out, his 2002 album with fiddler Simon Bradley.  I had long wondered what this album sounded like and today I got to find out.  It's not as mandolin-centric, but is still a delight to listen to.  Fiddle and bouzouki may be a more traditional combo than mandolin and percussion, but the tunes on Wintering Out actually sound less familiar and slightly more worldly.  Stream Wintering Out here.

Fiddler Aonghas R. Grant also has a solo album on the Bandcamp page (The Hills of Glengarry), if you're up for a wee bit of Scottish fiddle music.


Email ThisBlogThis!Share to TwitterShare to FacebookShare to Pinterest
Be a Fan
Posted by Tanner Llewellyn at 12:23 PM